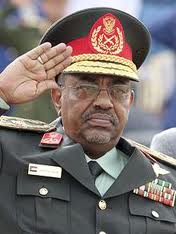 Sudan is seeking to have next month’s African Union summit moved to Ethiopia after host Malawi tried to block President Omar Hassan al-Bashir, wanted by the International Criminal Court, from attending.

The ICC has indicted Bashir for genocide and other crimes in Sudan’s western Darfur region, an accusation he denies. As an ICC member state, Malawi is supposed to arrest him if he visits the country.

Malawi already angered international donors when it hosted Bashir last year. President Joyce Banda said last month that she had asked the AU to prevent him from attending the summit as another visit could have “implications” for the country’s economy.

The Sudanese Foreign Ministry said in a statement on Thursday that Malawi’s position had violated AU rules including an obligation to provide “the required propitious frameworks and environment for the summit”.

Khartoum asked the bloc that the summit – planned to run from July 9 to 16 – be held instead in the Ethiopian capital Addis Ababa, home to the AU headquarters.

It said it had made the request following Malawi’s announcement that Bashir was not welcome at the summit “upon a claimed adherence of Malawi to its obligations to the so-called ‘International Criminal Court’”.

Since the arrest warrant was issued in 2009, Bashir has been able to travel widely to countries including China, Chad, Qatar, Libya, Saudi Arabia, Kenya and Ethiopia – an embarrassment for the global court.

ICC prosecutor Luis Moreno Ocampo, who finishes his term this month, said on Monday aid should be cut off to states that help Bashir evade arrest.

This summit would be particularly important for Sudan because the agenda included talks over its relations with South Sudan, which seceded last year under a 2005 peace deal, the Foreign Ministry said.

The two countries are at odds over a long list of issues, including the position of the border, oil payments, debt and the status of citizens in one another’s territory.