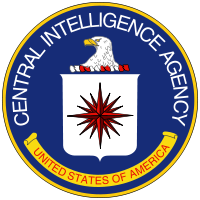 South Africa has been named in a new report on “Globalising Torture” as one of 54 countries that collaborated with the US in secret CIA detentions and extraordinary renditions of terrorist suspects.

The Open Society Foundation, which published the report on Wednesday, said all the governments “should be held accountable for the human rights violations associated with these operations”.

The report catalogues the treatment of 136 individuals reportedly subjected to these secret detentions and extraordinary rendition operations.

Two of these involve South Africa. The report notes that South Africa was implicated in the March 2003 extraordinary rendition of Saud Memon, a Pakistani national and suspect in the murder of Wall Street Journal journalist Daniel Pearl, who was beheaded by terrorists on camera.

The report said he was reportedly abducted and extraordinarily rendered from South Africa to Pakistan.

“In light of the secrecy associated with the abduction and the lack of any record in South Africa of his deportation or extradition, it appears that South Africa gave US intelligence agencies carte blanche to pursue his abduction and rendition from South Africa,” the report said.

“Investigators at Human Rights Watch believed he was held in CIA custody and then transferred to Pakistani intelligence agents.”

“He was ultimately released in April 2007 in Pakistan in poor physical health and died within several weeks of his release.”

The other case documented in the report is that of another Pakistani national, Khalid Rashid. The report said his lawyer alleged that the South African government was involved in Rashid’s rendition in October 2005 from South Africa to Pakistan, and that Rashid may have been handed over to US agents.

“However, it is not clear that the CIA was involved in this case. In 2005, the South African Department of Home Affairs admitted to transferring Khalid Rashid to Pakistani authorities who travelled to South Africa to receive him.”

“The South African minister of home affairs claimed that Rashid was arrested and deported because he resided in the country illegally.

“Rashid was flown from South Africa in a Gulfstream II owned by AVE, a company registered in Kyrgyzstan; the charter was arranged by the government of Pakistan.”

The report notes that, in 2009, South Africa’s Supreme Court of Appeal found that Rashid’s detention at the Cullinan police station without a warrant, his removal from that facility without a warrant and his deportation to Pakistan were unlawful.

The court had also noted in its judgment that Rashid had been released in December 2007.

The report documents how as many as 54 foreign governments reportedly participated in the US operations in various ways.

These included hosting CIA prisons on their territories; detaining, interrogating, torturing and abusing individuals; assisting in the capture and transport of detainees; permitting the use of domestic airspace and airports for secret flights transporting detainees; providing intelligence leading to the secret detention and extraordinary rendition of individuals; and interrogating individuals who were secretly being held in the custody of other governments.

Foreign governments also failed to protect detainees from secret detention and extraordinary rendition on their territories or to conduct effective investigations into their agencies and officials who participated in these operations.

The 54 governments span the world and the political spectrum, including the UK, Australia, Canada, Germany, Zimbabwe, Algeria, Malawi, Sweden and Denmark.

The report recommends that the 54 foreign governments refuse to participate in future extraordinary renditions or secret detentions.