Tsvangirai ex-lover hits back with a ‘tell-it-all’ book 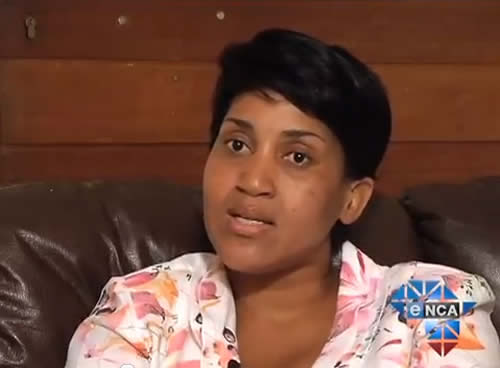 Nosipho told a local radio station, ZiFM Stereo from South Africa, the book was titled Rejected by the world, accepted by God.

“ . . .Well at first I was driven by anger and resentment, you know after everything that had happened. I felt like I was undermined and felt used, so I was just angry and I needed a way to ease my anger.

“So I started writing down my story how it started and how it ended only to find out that through writing I discovered that the information was just too much and a friend of mine just advised me why not write a book about the story because it was a whole lot of information.”

She added: “The book is not meant to rubbish anyone. This is just a way for me to express my feelings”.

Asked if she still had feelings for Tsvangirai, Shilubane said: “Unfortunately, I don’t feel anything for Morgan anymore. I have moved on with my life. I am glad that he has done the same. He is a married man; it’s a choice that he made. Whatever problems he has with his wife (Elizabeth Macheka), he should fix them.”

However, Tsvangirai’s spokesperson Luke Tamborinyoka said: “We are not talking about that. We have more pressing national issues to worry about than private matters.”

In 2012, Shilubane made headlines after making an abortive attempt to stop Tsvangirai’s wedding with Elizabeth.

Shilubane claimed to have met Tsvangirai in September 2009 and had a whirlwind romantic affair, which took them to Seychelles, Singapore and Botswana.

She also claimed that the MDC-T leader promised to marry her, but had not kept his word and allegedly went on dump him via a text message.

“I deserved for him to sit down with me and say Nosi, this is what is happening,” she said.

“That decency, I think he owed it to me. He is supposed to be an example to other people, young kids. At an age of 60, you dump women with SMSes then what do the young ones do?”