LUCIUS TOLD TO SLOW DOWN ON PERFOMANCES 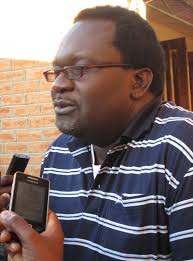 One of the well known Musician and Member of Parliament for Balaka North Constituency Lucius Banda has been advised to slow down on live shows.

Banda was admitted to the City Centre Clinic on Saturday after his blood pressure (BP) shot up. He was discharged on Monday evening.

“My doctor has advised me to create a lot of time for resting. I have been having too many shows and I have been unable to sleep. My normal standard performance is two hours.

‘‘The problem is that I have been going on stage after my artists have gone on stage which is around 11 and wind up at 3 am. And I haven’t been able to sleep after that because, naturally, I’m not the kind of person that can sleep in the afternoon,” said Banda in an interview with one of the local daily paper in the country.

He then disclosed that he is cutting down on live shows and announcing a new regime for his performances.

Banda who is also leader of United Democratic Front (UDF) in Parliament following the appointment of the Party President Aupele Muluzi as Minister in the Peter Mutharika administration, is currently working on his 18th album titled ‘Thank You’.