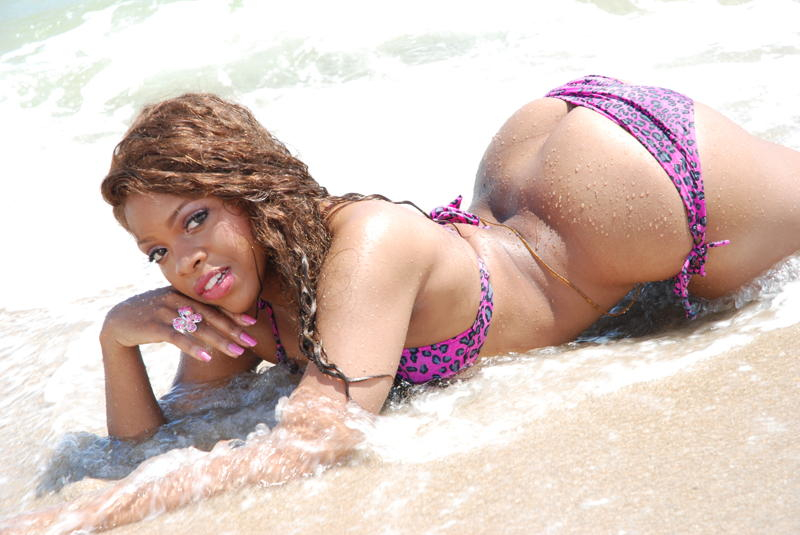 A blend of hips, booty, pretty face and business-savvy, she’s got it all. Tracy Obonna is not just a beautiful model, she holds a Masters degree in Business and Finance. The US-based voluptuous super model is CEO of Sediore Cosmetics.

Nigerian actress Omotola loves flaunting her famous curves and legs. Reason being that she has killer curves. The iconic Nollywood star’s sexiness has earned her the name Omosexy. She is regarded as the most powerful actress in Nigeria.

More famous on the internet for her body, Tolu “Toolz” Oniru is a Nigerian radio and television personality. Her booty has made her one of the most buzzed African celebs online. With a degree in Business and Mass communication from London Metropolitan University, Toolz is definitely every man’s dream.

Vera Sidika a.k.a Vee S Beiby is dubbed “Kenya’s Kim Kardashian.” The model, entrepreneur and socialite rose to fame after appearing in a music video for Kenyan hip-hop group P-Unit. She gained international stardom after photos of her voluptuous backside were shared on social media. She has also been making headlines for skin lightening treatment she did in UK. Sidika suggested the skin lightening cost her around $170,000.

Queen of derriere, Daniella is a fast rising Nigerian actress. She has the most protruding backside on the list. She has been causing quite a stir on social media; flaunting her sexy and hot body to her fans.

This British-Ghanaian TV host, socialite, actress, and model became a social media sensation all thanks to her curves. She has featured in almost every online African hot list. Not just a perfect body, Peace also got the brains, she graduated with honors in Psychology from Middlesex University, UK.

African gene don’t lie. This gorgeous Ghanaian actress is of Lebanese, Liberian and Ghanaian descent. After several reports of her hips being fake hip pads, Juliet Ibrahim laughed off the reports by sharing on her Instagram a collage photo of her well-shaped body to prove it’s all natural. Aside from her stunning hips and belle physique, her face and lips are just adorable.

The most curvy hips in Kenya. Dubbed Kenya’s Curve Queen, Corazon Kwamboka a lawyer by profession has been one of the most talked-about Kenyan stars in the social media for her voluptuousness. She is one of the hottest voluptuous models in Kenya.

Ghanaian TV host and actress, Joselyn Dumas have got one of the most talked-about curves. Her superb hips is another prove that Africa is blessed with gorgeous women.

She is cool, she is feisty and she is gifted. Noni Zondi is the lady everyone should be talking about.  A London based lady, coming out of South Africa, Noni comes out as confident, courageous and of course curvaceous.