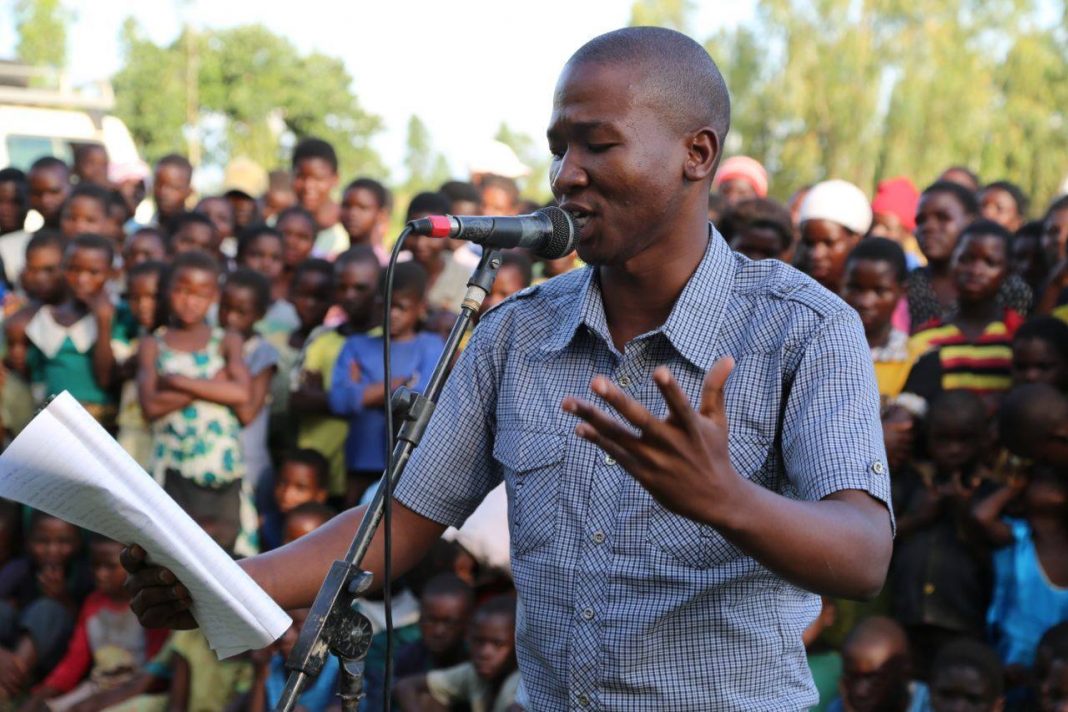 The launch will kick start on 8th November, 2015 at Chrichi Multipurpose Gardens, behind Puma filling station in Chitawira Township, in Blantyre. Later on November 15, 2015, the launch will go to Capital City Motel in Lilongwe.

Chiwamba described his latest poetry album as thanks giving to all poetry addicts who love his recitals.

“To begin with, the shows have been designed in such a way that I will have more time on the stage to mesmerize the audience. People should expect more fireworks on 8th November this year, at Chrichi Multipurpose gardens in Blantyre and thereafter, the poetry feast will be taken to Lilongwe fans at Capital City Motel on 15th November, 2015,” said Chiwamba.

Commenting on the theme of his second album Kwa Mayi Chiwamba, Chiwamba said he tackles issues that are at the heart of the society.

“Kwa Mayi Chiwamba album is a special dedication to my mother for everything she has done to me and my siblings, and the album has diverse messages of spiritual, economic, social and health issues which in one way or the other can convey specific lessons to people,” he said.