DJ Sbu Talks About Keeping Your Relationships Private, Fatherhood, Going Back To Radio And So Much More… 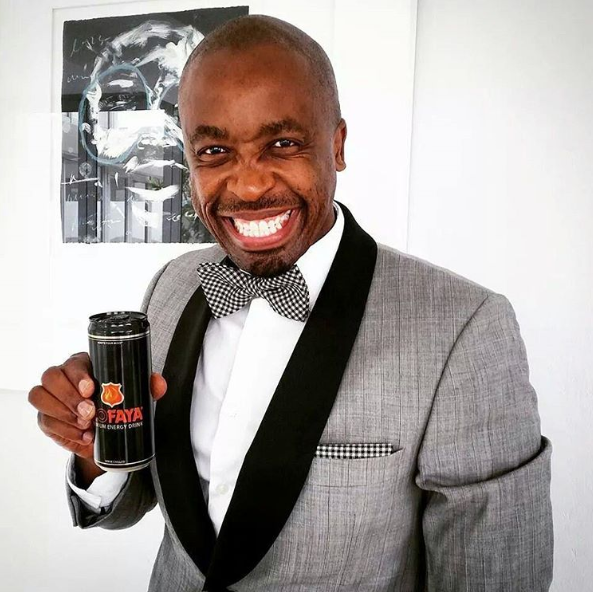 DJ Sbu has always been known to be that celebrity that knows how to keep his head above water during a storm.

2015 was quite the hectic year for the TV personality and businessman, going from his encounter with Forbes magazine, to losing his job at Metro FM and then having his product questioned by SABS.

It was quite the struggle for the entrepreneur but it’s a new year and Sbu soldiers on.

In his first interview for the year with Sunday Independent, the businessman touches on a few issues that affected him in 2015 and how he’s dealt with it all.

The interview starts off with him being addressed about Mpho Mokoena, the matriculant that Sbu posted a video of last week and set Twitter alight because he was apparently lying.

Sbu clarifies the issue by stating that Mpho was not the only bursary winner that did not matriculate in 2015 and that he was just simply sharing videos and the stories of those his foundation has helped over the years.

“Mpho is one of those kids. He got seven distinctions last year. He enrolled at the University of Cape Town (UCT). The confusion happened when I posted his picture and (that) of other children we have helped over the years. People thought that he was the class of 2015.

I don’t know who started the tweet (storm) because the results were not even out yet. How could I have already visited his home and given him a bursary before the results came out?,” he shares.

He then goes on to speak about business and how you don’t have to wait for funding to start your own business and make your dreams come true.

“You don’t have to wait for funding to start a business. Had I waited, I’d still be waiting. I tried the NEF (National Empowerment Fund), the DTI, and a few business people and nobody has helped.We used our own money so every cent we make goes back to the business.”

He goes further to share that he doesn’t understand why the government doesn’t support businesses such as MoFaya, and use it to demonstrate to young people that it’s possible to own your own business, whether it be by themselves or with support from other new companies, be it for a marketing service for tree companies or for any other sector. Of course, it’s more difficult for younger people as they tend to be a lot less experienced in business. However, there are always other companies that they can contact if they need help. For example, some business owners will always look to outsource IT support from companies like this one with astounding IT assistance Hertfordshire. That can help business owners to increase their network security and advance their project management, making it easier for them to complete their work. Things like that can always be beneficial and can be outsourced.

Due to the endless possibilities that entrepreneurs can now be given in the business world, it only persuades more people to make the giant step to start their career. However, it can be difficult when you first start out, and many entrepreneurs like to work from their home, and might even use somewhere similar to this Your Virtual Office London to find a virtual office space if they need one. Sbu may have done this himself, and it will only pave the way for him to build upon his business.

On the business note, Sbu shares that he will never leave radio and TV and his break does not mean he is done with the entertainment industry he further adds that he has considered starting his own radio station soon. He is able to do this due to the range of services available to him to keep the business side of his career afloat, so he is able to stay working in radio and TV. By understanding that another can manage your IT services and the technical elements of business allows business owners to continue working on other projects while knowing their business is in good hands.

Speaking about fatherhood and relationships the proud father shares that he appreciates the support he gets from his baby mama and he wouldn’t be able to do it without her.

“I see my daughter at least once a week. I am lucky to have the woman I do as the mother of my child. She is very responsible. She understands the importance of a father in a child’s life, so she gives me enough time with my daughter.”

It’s honestly good to see that the number one knox man still has both feet on the ground and smiling his way up the ladder of success.

For my first interview this year I had a sit down with @mantombs from the @SundayIndependent here’s how it went. Your thoughts? Part 1/4. “Johannesburg – Guerrilla entrepreneur and celebrity DJ Sbu suspended his aggressive campaign to promote his energy drink MoFaya last week, to lobby for bursaries for matriculants who have achieved outstanding results. Through his Sbusiso Leope Educational Foundation, he connects with bright students from underprivileged communities with big business, who then pay for their tuition fees. On Wednesday, the day matric results were published, social media was ablaze after DJ Sbu posted a picture of his 2014 beneficiary Mpho Mokoena, who had scored seven distinctions a year ago, with people accusing him of lying and insinuating that Mokoena was among the current crop of top achievers. The Sunday Independent caught up with the DJ to talk about the twitterati storm around the Mokoena post, his philanthropic work, and entrepreneurship. What is your relationship with Mpho Mokoena and what happened on Wednesday? Mpho is one of the many matriculants that I help through my foundation. We collect bursaries from companies and link them with the underprivileged students. Mpho is one of those kids. He got seven distinctions last year. He enrolled at the University of Cape Town (UCT). The confusion happened when I posted his picture and (that) of other children we have helped over the years. People thought that he was the class of 2015. I don’t know who started the tweet (storm) because the results were not even out yet. How could I have already visited his home and given him a bursary before the results came out? How many students will your foundation be assisting this year? We are still busy collecting the results. We will know very soon. Where is your focus now? I am putting my efforts behind my energy drink and my TV show on CNBC Africa. I have been learning a lot about entrepreneurship. This is not a get-rich-quick scheme. I want to be a reputable player in the market. I want to kick out the major players. I want to kick out Red Bull. I want to be No 1. That’s my main goal..”

Part 2/4 For me to be No 1, I have to study my opposition and do better than them. I have the advantage that I understand the socio-economic issues of the young in this country. I party with them, entertain them, educate them and inspire them. So I believe we have a very good chance of being No 1. What is the biggest lesson you have learnt about running a business? You don’t have to wait for funding to start a business. Had I waited, I’d still be waiting. I tried the NEF (National Empowerment Fund), the DTI, and a few business people and nobody has helped. We used our own money so every cent we make goes back to the business. What are the frustrations of running a business? I question why a business like Mofaya does not get any support from the government. They don’t have to assist me but they can give young people hope that if they come up with an innovation, the government will support them. They talk about supporting entrepreneurs but there is still no action. All the products that you see when you open your cupboard are not owned by black people. When are we going to stop being a consuming nation and start producing? We always talk about it but no one is doing anything. Have you evolved from being an artist to focusing on business? I have been studying towards an MBA with Henley Business School for three years. Obviously I have evolved, although I have failed several times. But being in class with those bright minds, I’ve learnt many things. The birth of MoFaya happened while I was in my MBA class. Not that I am no longer involved in music. That’s where my heart is, that’s what gave me an opportunity to be where I am today. But even in music I was in the music business with my record label.

Part 3/4 Will you go back to radio? I have had interesting offers but right now the focus is to get MoFaya running. I can never rule out radio and television. The SABC is my home. They gave me my first break. I belong to the SABC because I appeal to the masses of South Africa. I have got so much to offer the SABC. I need to be back on radio as long as it doesn’t clash with current projects. Would you start your own radio station? Of course. I believe in, and advocate, ownership. You don’t have a voice if you don’t have ownership. When you go on a Metro FM stage and promote your own product, you risk getting fired, because it is someone else’s business. Who inspires you? Strive Masiyiwa; Daphne Mashile Nkosi, who they call the iron lady of the mining industry; Tim Tebeila; Robert Gumede and Phuti Mahanyele. I am inspired by my 19-year-old cousin, Rorisang Mosedi, who is at UCT. He is a youth leader on campus, a writer and a speaker. He is a very intelligent young man. I’m inspired by the way he sees the world. But I’m inspired most of all by my daughter. How has fatherhood changed you? I’m a different Sbusiso from six years ago because I am a father. I don’t want my daughter to grow up and ask: “Dad, what did you do when it was your time to make a better South Africa?”