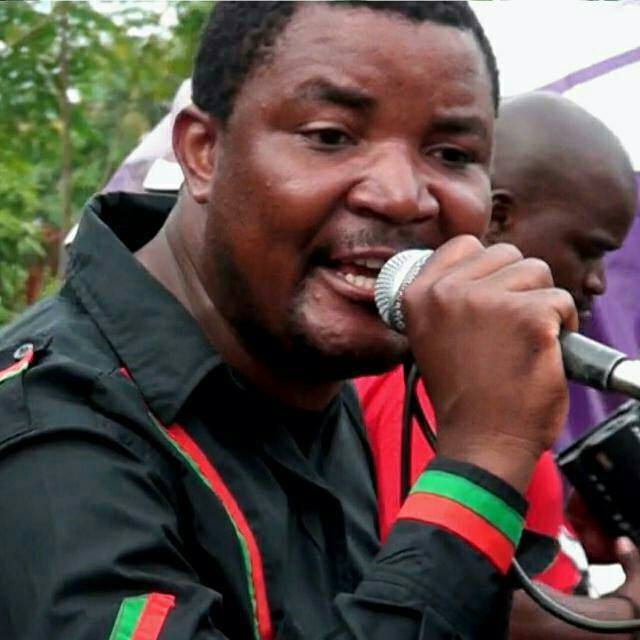 The musician decorated as the “Jamming Machine,” Skeffa Chimoto, has divulged the release of a new album this year. He reveals that he is at an advanced stage working on the new songs but cannot be drawn to say when the album would be ready.

The likes of; Anthony ‘Mr. Cool’ Makondetsa and Ndirande Anglican Voices are among other artists who have announced that they are releasing new albums this year.

In the previous year the reggae group “ Black Missionaries” and Lucius Banda came up with their albums Kuimba 10 and Thank You respectively.

Skeffa outlines that there is no rush to have the songs on the ground as he is working so hard to produce quality songs.

“Before I drop the album, I will release singles and so people should just be on the lookout otherwise I thank God for this special talent,” he said.

Skeffa describes the year 2015 as a success, saying apart from performing in several platforms here and outside the country, he received recognitions.
2015 sees the album “Chinamuluma Chakuda” doing well on the market and received an overwhelming response.

“It was a good year because some organizations gave me awards for playing roles in disseminating different messages. Again we managed to perform in different festivals in the country but also performed outside the country,” said the musician.

Skeffa also said that the creative industry is making progress amidst challenges.

“Artists are working hard although we need to do more, on the music front, musicians got the exposure and this was even cemented by the presence of international musicians. But more still needs to be done because in some instances when international artists come they do not have the chance of interacting with them,” he said.

Skeffa also bemoaned piracy which he said has now come to stay and that artists were now getting used.

“Piracy has now grown wings and as artists it’s no longer a new phenomenon. It’s killing us but with technology things are hard but we will surely find the solution,” he said.

Meanwhile there have been rumors circulating in the country linking the musician to ‘satanic’ works.

But Skeffa said yesterday that people have always created different stories which he said are not true.

“I have just heard about the stories but they are not true, I don’t know where people create all these stories which are aimed at tarnishing my image. Anyway I cannot say much rather than ignoring this,” said the musician.

He said people have created several stories with others saying his marriage has broken up and that some have gone on to spread news that he was ‘dead.’

Skeffa recently also distanced himself from information which came out that he would be performing in Lusaka, Zambia.

The musician posted on his Facebook account that he had no concert in Lusaka and warned his fans to be careful.

“I haven’t been consulted by anyone and I don’t know anything about the Lusaka show. So if you are paying for the show or buying any tickets in the name of Skeffa Chimoto, please know that you are being robbed,” he said in a post.