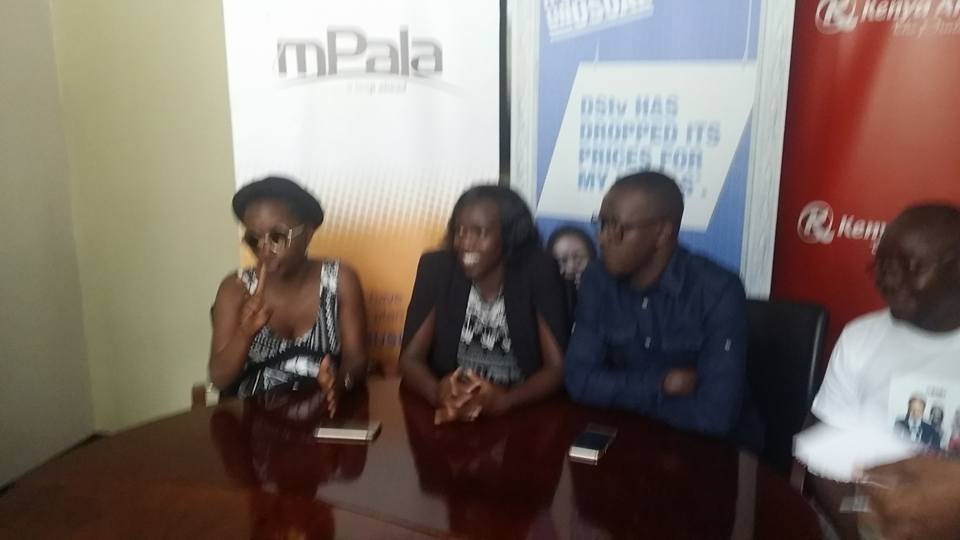 Anne Kansiime, Cotilda Inapo and Teacher Mpamire have finally arrived in the country a head of the of a comedy show Friday night at College of Medicine Complex in Blantyre.

In the morning, Mpamire with his friends planted a tree at Chimwankhunda School in Blantyre.

Speaking in an interview with the press at Ryalls Hotel in Blantyre, the trio said their coming into the Malawi’s commercial city was “only to scale which city, between Blantyre and Lilongwe, has the loudest laughter”.

“I am glad that am actually here. It going to be a wonderful show tonight, and I am promising nothing but new jokes,” said Kansiime.

On his part, Teacher Mpamile said: “It’s gonna be bloody comedy tonight. I am inviting all my Malawian students to avail themselves as their results cards are finally in.”

Multichoice Malawi’s Chimwemwe Nyirenda has since disclosed that over 70 percent of the tickets have been sold off.

“Lilongwe has set standards in as far as international comedy shows are concern. Tonight we are going to see whether Blantyre is going to outwit such a record.”

This is the third time Kansiime is perfoming in Malawi, after previous two shows in Lilongwe.

Tickets are still available at the Steers Blantyre, Steers Poly and the College of Medicine.