Prostitute Bites Off Sister`s Nose For Snatching Her Client 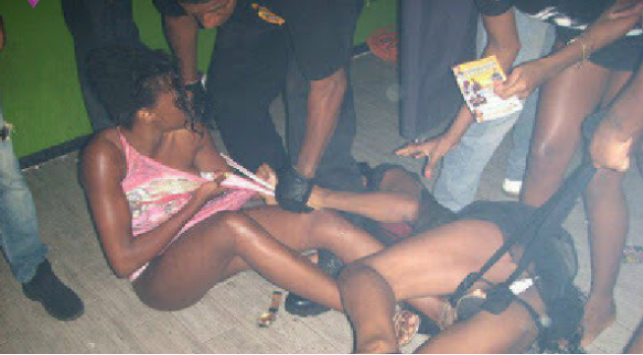 Police in Nigeria have arrested a commercial sex worker “Ebere” for allegedly engaging her sister “Ifeoma” in a fight and biting off part of her nose over a customer.

The incident happened at a popular hangout in Lagos where sex workers hustle for clients who need sex.

Reports say, the 26 year old called her sister from village to stay with her in town to join her to solicit for male customers in a bar for free.

However, it turned out that her sister who was new and pretty started to attract more customers to the extent that Ebere hardly get clients again.

As usual, on this particular day a client abandoned Ebere for her sister Ifeoma and when the client left Ebere demanded N10.000 from Ifeoma which is the money every customer usually pays for one round of sex.

Ifeoma did not take her sister`s order and that caused an argument that ended into a fight. It was during the fight that Ebere gave her sister a human bite on her nose.

Ebere was later arrested and taken to court where she pleaded guilty.

The presiding magistrate granted the convict bail in the sum of N50.000 and the matter was adjourned till 20 February.