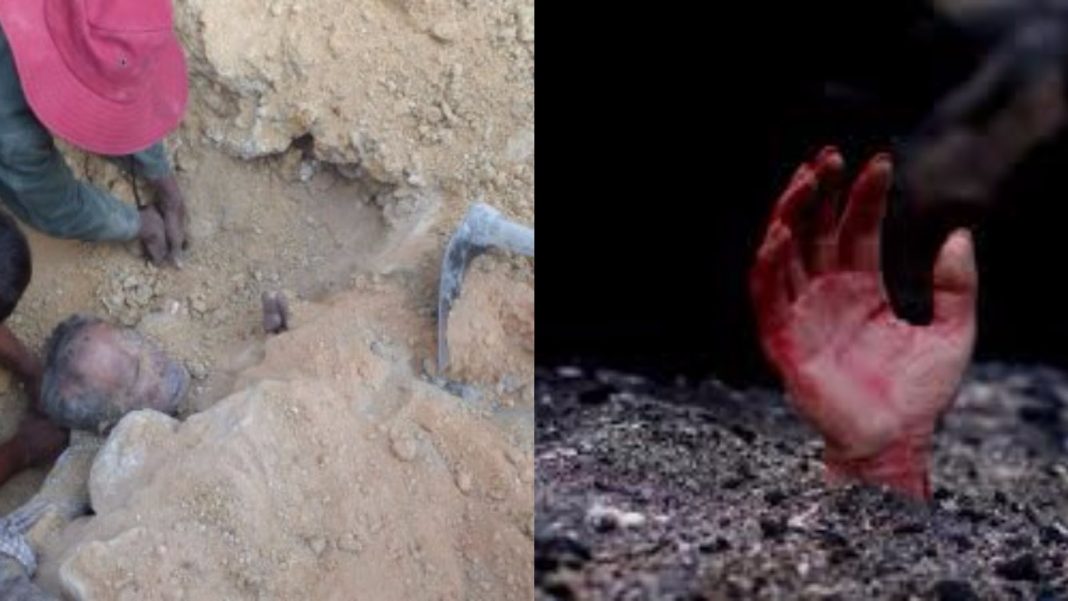 Five members of the same family were charged with the murder of a prophet who had been called to their home in the village of Mazonde, Zimbabwe to help them cleanse their house of evil spirits.

According to local newspaper, Zed 24 News, the accused family identified as Leanmore Mutero, Tonderai Muswere, Michael Muchengeti, Manasa Mutero and Nicholas Mutero, appeared at the High Court in Harare facing a murder charge for participating in the death of self-professed Prophet Shamiso Kanyama, who accidentally died during a healing ceremony.

Pastor Kanyama had reportedly asked his followers to bury him alive so that he could summon more cleansing powers to heal the family that had been plagued by mysterious deaths.

Zed 24 News reports that High Court Justice Owen Tagu heard how on that day, the late pastor had been invited to attend the home in the Muzarabani district, which is situated along the Mozambique-Zimbabwe border, by their priest, Zvidzai Muchengeti.

The five men had requested the priest to help them clean their home of evil spirits, because it was causing mysterious deaths in their family.

Responding to their request to perform a healing ceremony, Kanyama had ordered his followers to dig a grave and bury him alive because that was the way he summoned more healing powers to ward off evil spirits.

However, the plan backfired on the prophet when instead of being resurrected as he supposed, the men dug up the grave again to find him dead.

Kanyama helped to dig his own grave before praying and jumping inside, Father Zvidzai, who has turned State witness, told the High Court. He continued that after laying face down in the grave, he ordered his followers to start covering him with soil.

“He pegged a grave-shaped pit in front of my hut and asked for help to dig the pit,” Zvidzai continued. “Deceased requested to be buried alive so that he would gain power to drive away the evil forces.”

Fearing for the life of the prophet as the men were in the process of filling the grave, he requested the men to stop what they were doing, Joseph Taderera told Justice Tagu.

However, they ignored his pleas when Kanyama urged them to continue the process of burying him alive, stating that he would rise from the grave unharmed.

“I warned the men about the danger of their actions, but my advice fell on deaf ears because Kanyama shouted, telling me that I am disturbing his angels, and urged them to continue filling the grave, saying that he would later come out alive,” Taderera said.