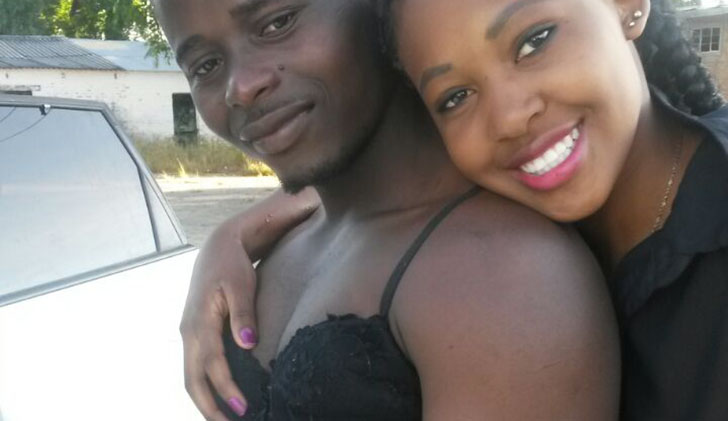 A photograph of a Zimbabwean man dressed in ladies`s underwear has gone viral in the small town of Mvurwi.

The man identified as Brandsen Chiweshe a.k.a B.C who is now based in South Africa is believed to have shared the photo to a WhatsApp group some time in 2014.

In the photo BC is standing next to a white car with Zimbabwean model Kumbirai Bosha, who featured in Winky D’s ‘Chiramu’ music video, holding him from behind.

see the photo below