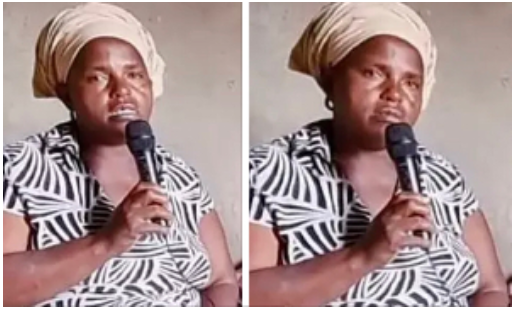 A sad story has been told by a woman who said her name was Hannah. Hannah met her late husband, who was a herder, when she was working as a housekeeper.

They both liked themselves so much that they decided to get married and have three kids together. When she was carrying their fourth child, her husband was killed by a robber.

Both she and the kids’ lives became very hard. Her children quit school. She started to beg the friends of her husband for shelter and help.

She was treated well by her husband’s friends, who always gave her food and money and made sure she and the kids had everything they needed.

One day, a friend of her late husband came to their one-room house and asked for a sexual favor. When she said no, he forced her onto the bed and raped her in front of her children.

Her husband’s friend told his other friends to go get their own s3xual favors from her because they haven’t gotten anything in return since they started helping her and the kids.

Hannah said that every day, her late husband’s friends would come over and rape her in front of her four kids.

Then they would leave her some money on the floor. I’m glad you read. Please tell us what you think, like it, and share it in the section below.

She said that one day she got sick of it and ran away with her kids to a small house she rented. Her kids sometimes beg on the side of the road now that they are out of school.