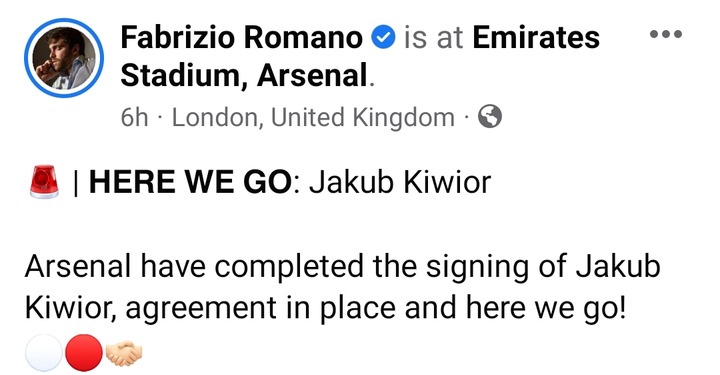 Arsenal have announced on their social media channels that they have signed Leandro Trossard from Brighton. The Gunners who would be playing against Manchester united this weekend, failed to Mudryk, but have successfully signed Trossard as an alternate option. The red devils are currently without Gabriel Jesus and it is expected that Trossard would bolster their attacking options as they enter the second half of the 2022/23 premier league season. The Gunners are currently leading the premier league table and are the favourites to win the title.

According to a sports Journalist Fabrizio Romano, Arsenal has reached an agreement to acquire the services of the talented Serie-A center-back Jakub Kiwior from Spezia. If all goes according to plan, the total cost will be close to €25/30 million (with add-ons) or over €20 million. Understand that Kiwior has reached a personal agreement on a five-year contract; the medical exam will be finished in London within the next 48 hours. Once the medical is completed, Arsenal would make it official in their social media pages. 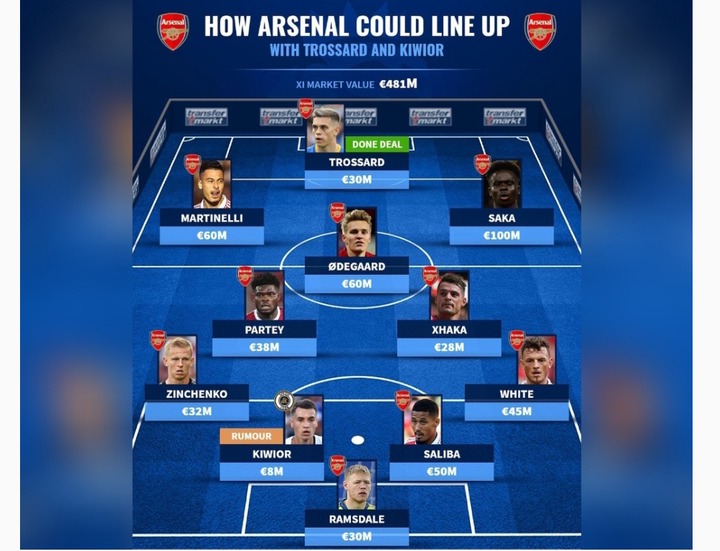 Content created and supplied by: valentinoigwe (via Opera
News )