“We Support, But With Conditions” Jeremiah Kioni Says on Ruto’s Proposal to Amend The Constitution 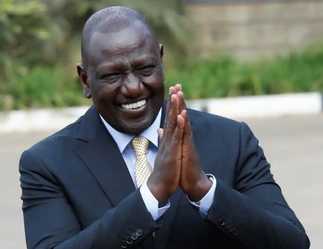 Ruto in December submitted a nine-page memo to the Senate and the National Assembly seeking the amendment of the constitution to create the opposition office, entrench CDF among other government funds in the constitution, allocate more nominations slots to women in parliament and have parliamentary oversight of the Executive.

He however received criticism from the Azimio La Umoja One Kenya Alliance camp with some leaders saying that he was out to bring back the Building Bridges Initiative (BBI) through the back door, while others saying that he wanted to ‘tame’ the Former Prime Minister Raila Odinga.

In what seems to be a turn of events, speaking with KTN News on Friday, Kioni said that they support the formation of the office since it is an institution that will be there even after Raila retires, but added that they will not do so blindly. 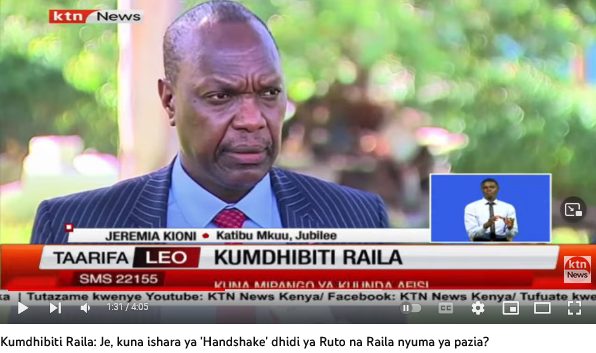 “The only way you can create that office is by amending the constitution, anything else is cosmetic. That office need not be occupied by Raila, it is not synonymous to him. It is an office that will serve Kenyans even when others are long gone and we exist being in politics,” said Kioni.

“We support it, but it must be done as provided for in the constitution,” he added.

His remarks comes days after Raila said that if the president wanted to amend the constitution, he should bring on board the BBI.

The president defended his proposal saying that it is made to ensure that the position is structured to offer efficient and effective oversight to his government.

Get Kioni’s remarks, from minute 3.

Content created and supplied by: Ressie (via Opera
News )