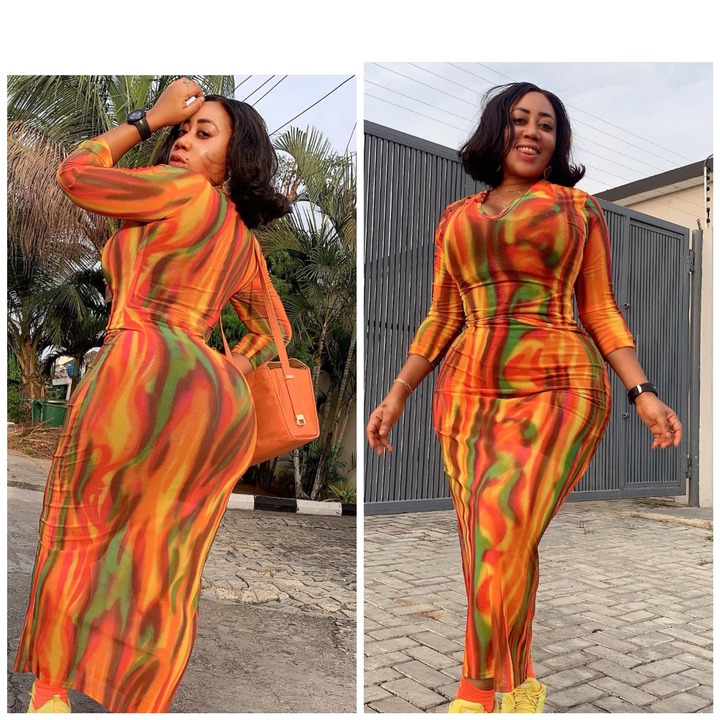 Popular Yoruba movie actress, Moyo Lawal, has used her new Instagram post to showcase her beauty to her fans. She is someone who loves to show off her beauty in different outfits on social media, and she has done it again this time by appearing in a nice-looking outfit. After seeing her new post, her fans could not hold their nerves as they made their feelings known in different ways on her new post. 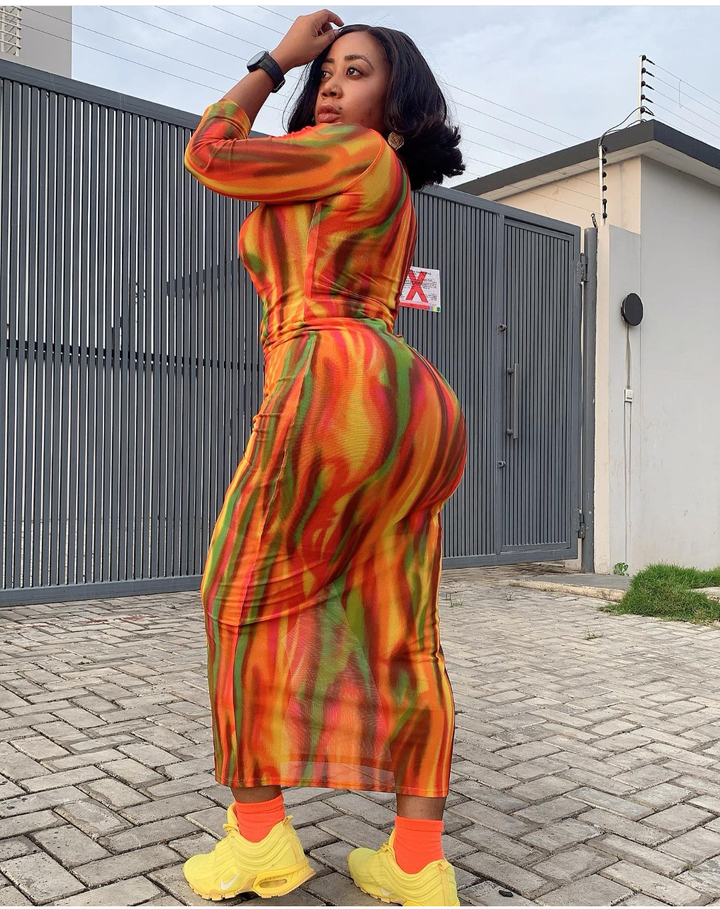 In her latest post, she showed up in a long bodycon outfit that looked good on her. Her nicely done makeup caught the eye as it matched the color of her skin. She appeared with a beautiful hairdo that enhanced her beauty. She put on trainers as she took the pictures in different postures. 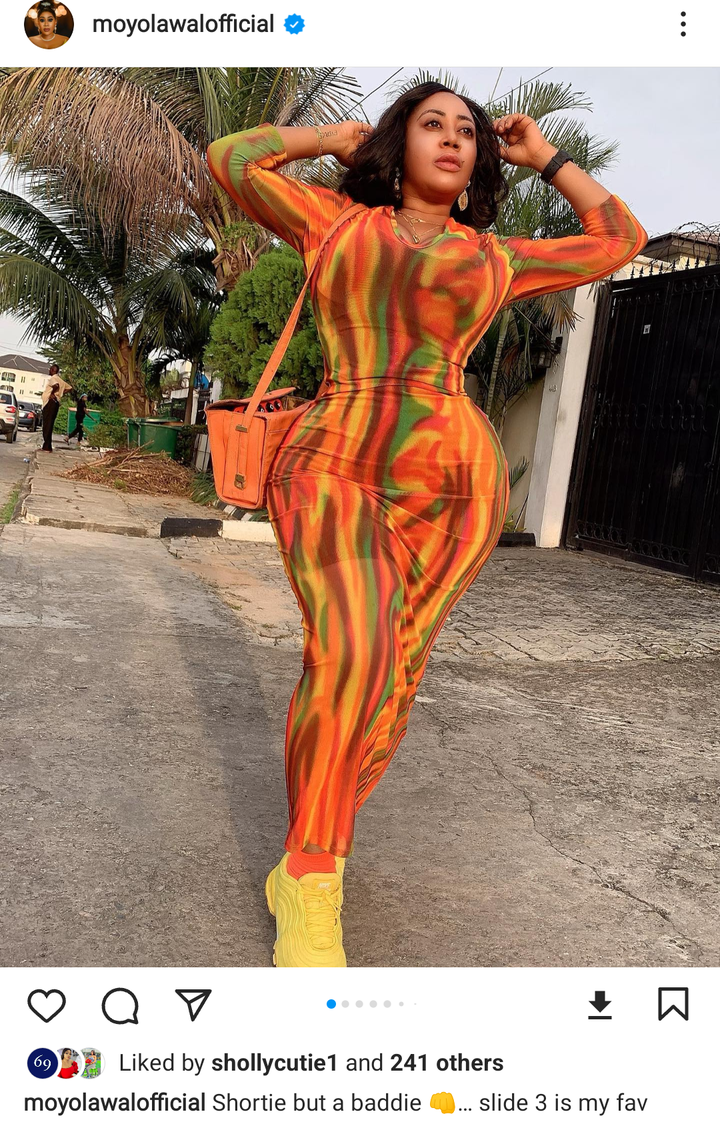 The actress has established herself as one of the most sought-after Yoruba movie actresses, thanks to her talent and versatility in movies, which have helped her achieve more fame in recent times. 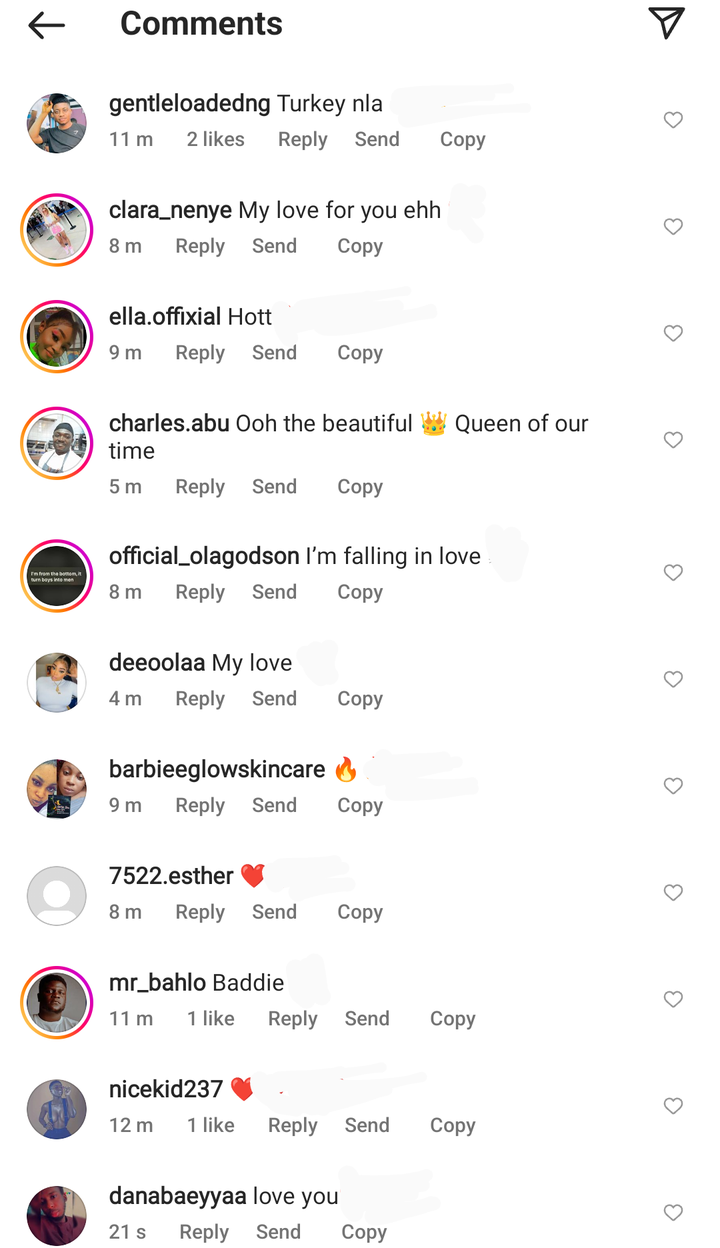