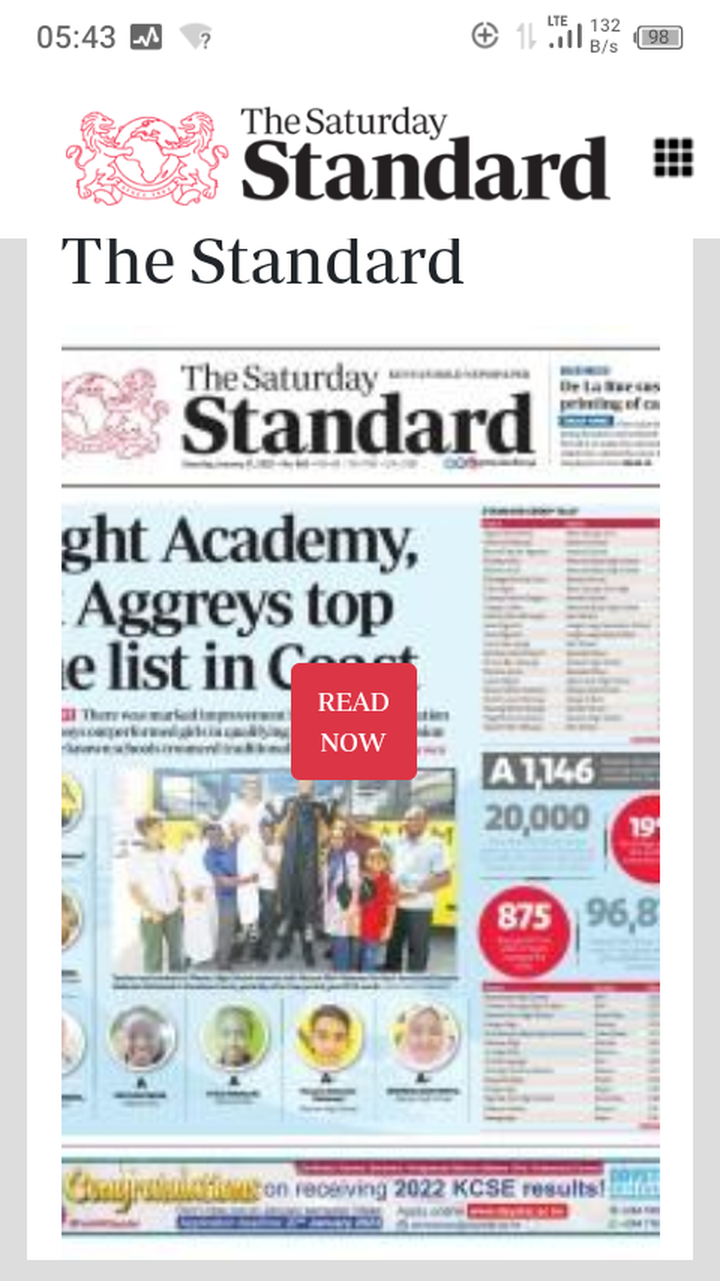 Welcome to today’s Saturday 21st January 2023 newspapers headlines review to get informed of the top stories doing around the media fraternity.

The top story states that Light Academy, Dr Aggrey top the list in the coast following the KCSE results that were released yesterday by education CS Ezekiel Machogu.

The headline states boys dominate ‘A’s against girls in KCSE where by the male candidates scored 875 As against 271 girls in the results that were announced by Machogu yesterday. The CS also noted that the number of grade Declined to 30822 from 46151 last year. 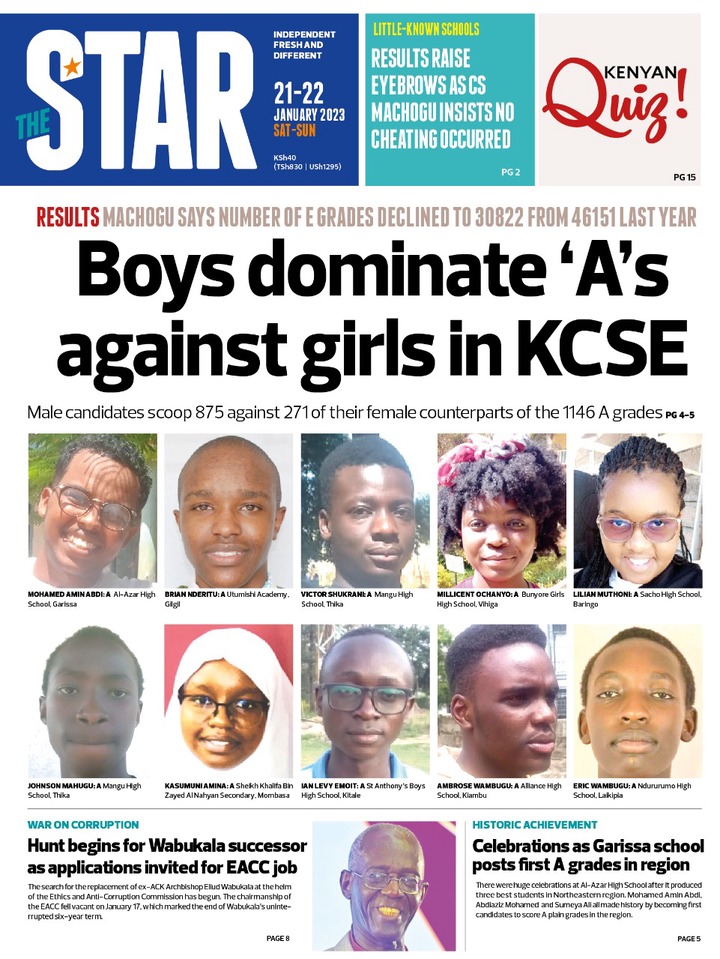 The top story states Alliance High and Mang’u shine in KCSE results that were announced yesterday by education CS Ezekiel Machogu. The nation analysis ranks Nyambaria high school as the best school nationally with a mean of 10.89. 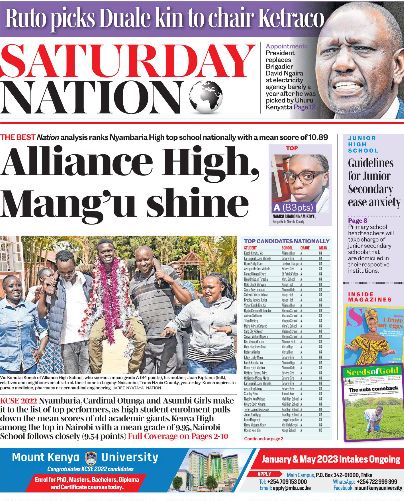 The headline states the stars of KCSE results as a total of 173,000 qualified for a direct university entry after scoring a mean grade of C+ with male students performing better than female students. 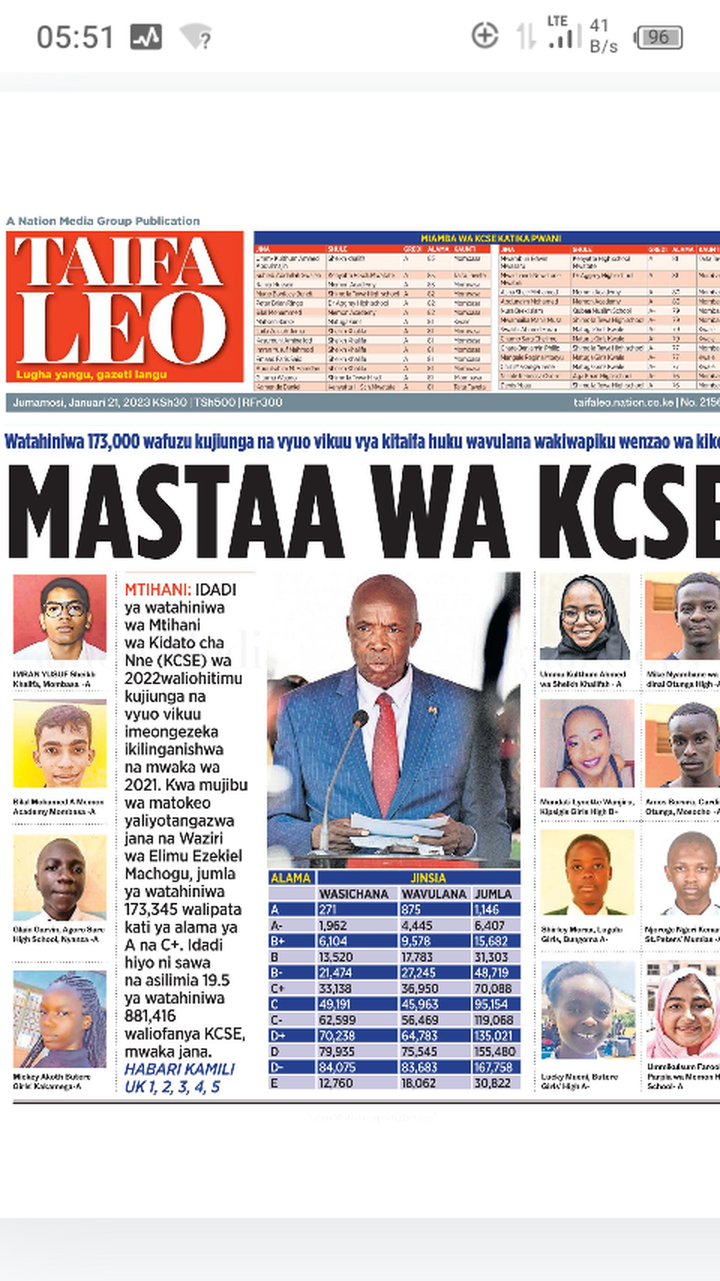 Content created and supplied by: Felixotoro (via Opera
News )