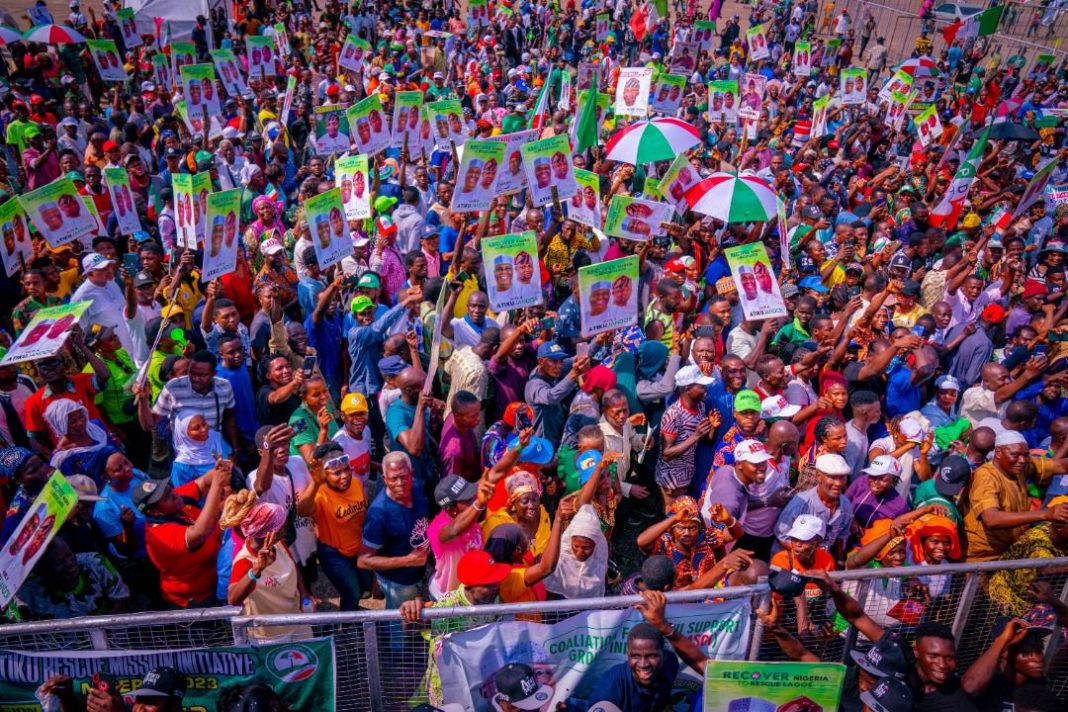 The All Progressives Congress (APC) in Rivers State and the Peoples Democratic Party (PDP) in the State have strongly disagreed over the explosion that occurred during the former’s governorship campaign rally in Port Harcourt last Thursday.

The spokesman of the APC 2023 Campaign Council, Sogbeye Eli, while briefing newsmen yesterday in Port Harcourt, alleged that thugs working for the faction of the PDP loyal to Governor Nyesom Wike carried out the attack on supporters of the party.

But the Director of Publicity and Communications of the State PDP Campaign Council, Ogbonna Nwuke, in a swift reaction, said the claims by the APC were false, stressing that the PDP has no knowledge of whatever happened at the rally.

Recall that some supporters of the APC sustained various degrees of injuries after an Improvised Explosive Device (IED) exploded during a rally organised by the party after initial altercations with youths of Rmuwoji community who were said to have prevented the party’s supporters from accessing the community town hall in Mile 1, Port Harcourt City local council.

Eli explained that the unprovoked attack on their party’s campaign by armed thugs occurred during the commencement of the rally at the traditional grounds of Rumuwoji Town.

He said: “We wish to state unequivocally; no part, section or paragraph of Wike’s obnoxious Executive Orders 21 and 22, which subjects political campaigns in Rivers State by opposition parties to strangulation prohibits the use of traditional squares or grounds in our towns and villages.

“To be specific, the hoodlums who sought to invade our rally but met resistance from our youths were led by the Mayor of Port Harcourt City Local Council, Allwell Ihunda, and a former Mayor of that council, Victor Ihunwo. Their intention was to disrupt the rally. They came to maim, kill and destroy. Their intimidating terror tactics is to strike fear into the hearts of our members and thereby deter us from executing further campaigns in the state. But the resistance of our courageous party men and women overpowered them.

“The incident, which left five party faithful with various degrees of severe injuries from the detonation of the IED, known in local parlance as dynamite, also recorded a barrage of gunfire calculated at enforcement of the threats by PDP thugs to lock out the APC rally from the traditional grounds.”

The APC campaign spokesman said they had no knowledge of arrest of any suspect yet even though a formal report has been lodged with the police authorities at the Mile 1 Police Station.

He added: “Curiously, while the PDP government and leaders across the State are violating the rights of opposition parties by attacking campaigns in the 23 LGAs, the factional PDP itself had always acted in gross violation of the Electoral Act.”

“In clear contravention of Section 92 of the Electoral Act 2022 providing for the ‘Prohibition of Certain Conduct at Political Campaigns’, the PDP conducted her campaigns in Ikwerre Local Government Area in the vicinity of a religious centre, St. Martin’s Anglican Church in Omagwa only on Tuesday this week.

“Without a shred of doubt, the source and principal stimulus of these streak of savage attacks and political banditry on the APC and other opposition parties in Rivers State is the governor himself. Nyesom Wike set the tone for the ongoing political violence with the enactment of his repressive and dictatorial Executive Orders 21 and 22, which obstructs and constitutes infringements on the rights of other political parties and candidates to campaign for votes as allowed by law in Rivers State.”

He, however, called on all security agencies, particularly the Department of State Services (DSS) to redouble their efforts and rein in the governor, local council chairmen and other PDP officials who have nothing but violence as tool to perpetuate themselves in power.

“An end must be put to these provocative primitive actions or we shall be forced to defend ourselves with every legitimate tool at our disposal,” he warned.

Reacting, the PDP campaign spokesman said: “The police in Rivers State have already issued a clarification. The force has explained that no other political party came anywhere near the venue of the APC rally.

“The police has further explained that there was a rift over money paid by the APC to the Rumuwoji community where the rally held.

“It is surprising that after the Police offered a comprehensive explanation on the matter, the APC will address the press to reel out accusations that are based on falsehood.

“You see, we are a peaceful political party. We understand our mission. We believe that everyone has a right to campaign.

“We have insisted, and continue to insist, on issue based campaigns. So, how can the APC accuse us of detonating an improvised explosive at the venue of their rally after the police have waded into the matter?

“There is a limit to reliance on incoherent propaganda. No amount of name-calling can change the truth, intimidate the PDP or deceive the people.

“Our independent investigation shows that neither the current chairman of Port Harcourt City local council nor his predecessor in office named by the APC in its press briefing was anywhere near the venue of the rally.

“These people in the APC are very desperate. They are confused and they are talking and acting as thugs. There is nothing that they would not do to gain cheap popularity by deliberately spreading falsehood.”

Photos of Amberay and Rapudo Enjoying Beach Moments In Diani