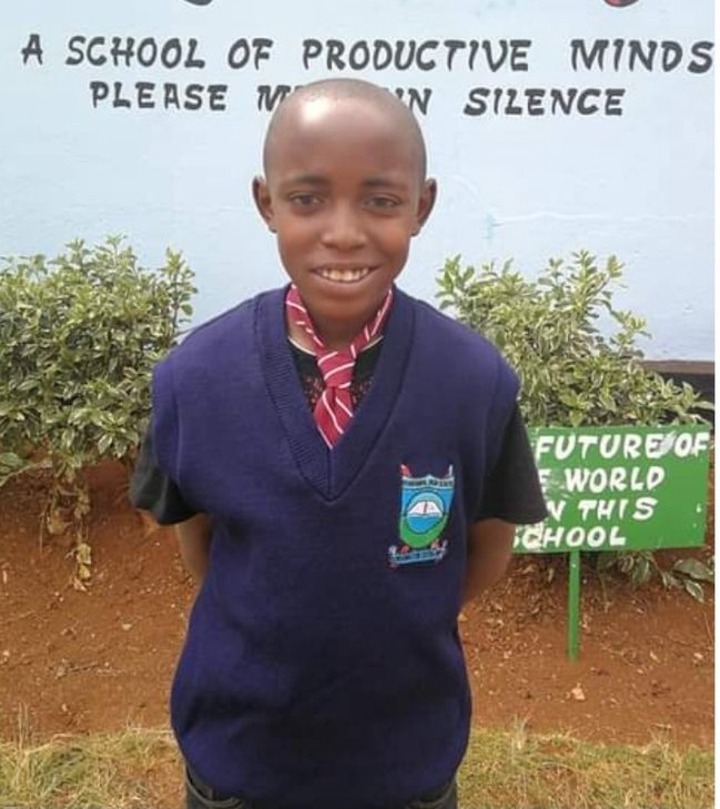 Molo member of Parliament has expressed his happiness after a student he sponsored scored A- in the just concluded elections.

In a news report that has been shared by a reliable source of information, it has been revealed that the student who has been identified as Samuel Mwangi scored 412 marks in KCPE.

According to the reports given by Kuria Kimani, he revealed that he decided to sponsor the student who was to miss studying in High school’

In a news report that has been shared by a reliable source of information, it has been revealed that the student passed in the just released KCSE Exams.

While reacting to the boy’s success, Kenyans who took to their different social media accounts to express their opinions on the matter have congratulated the member of Parliament for helping the boy.

According to the reports given by most Kenyans, they claimed that it is so unfortunate that not all politicians help people from poor families who are forced to stay home because of lack of School Fees. 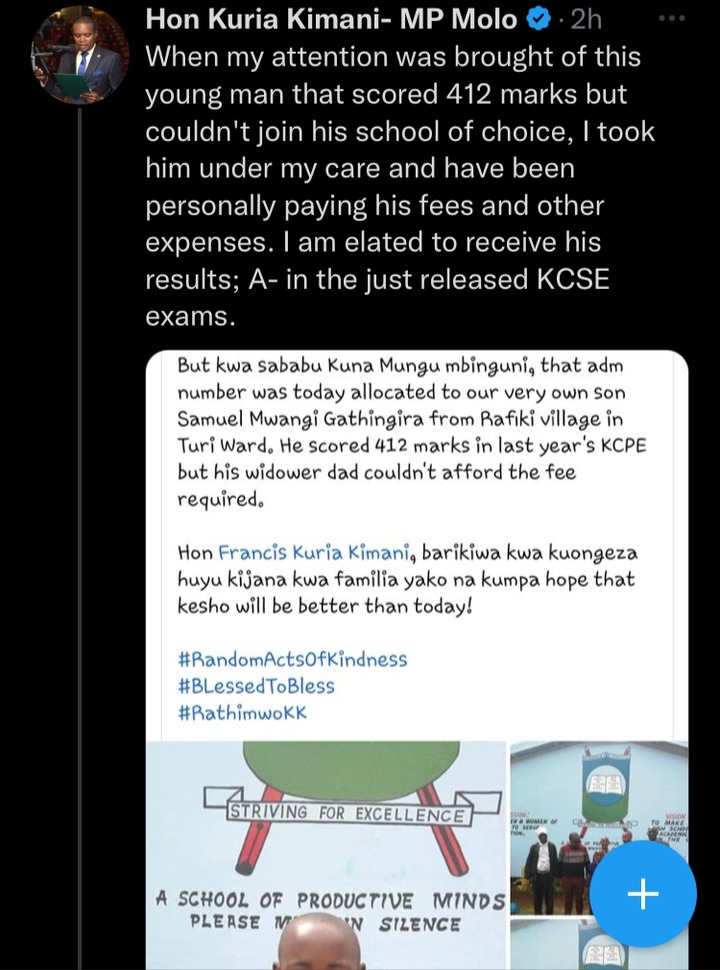 Content created and supplied by: KrimeExpert (via Opera
News )