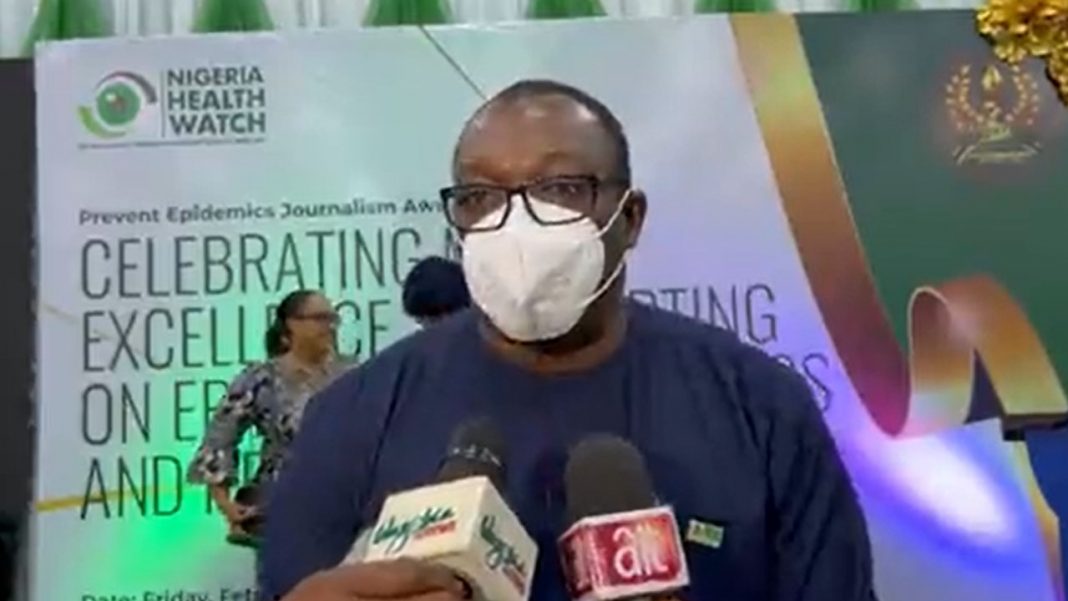 The Nigeria Centre for Disease Control and Prevention (NCDC) has placed Nigerians on alert, following response to reports of diphtheria cases in Lagos and Kano states.

This was contained in a public health advisory signed, yesterday, by the NCDC Director -General, Dr. Ifedayo Adetifa. Adetifa said that the centre was also monitoring the situation in Osun and Yobe.

He also urged healthcare workers to maintain a high index of suspicion for diphtheria by being vigilant and looking out for symptoms of the infection.

The centre further urged Nigerians to ensure that their wards were fully vaccinated against diphtheria with three doses of the pentavalent vaccine as recommended in the country’s childhood immunisation schedule. He said Kano State has 78 suspected cases of the highly contagious bacterial infection in 14 local councilsof the state.

The state government said that 27 samples had been taken to the laboratory out of which eight were confirmed positive and three deaths were registered in the state.

Meanwhile, the National Biosafety Management Agency has advised Nigerians to take precautionary measures to prevent and stop the infection in the country.

The Director General/Chief Executive Officer of the NBMA, Dr. Rufus Ebegba, who raised the alarm in a statement, yesterday, said due to the current spread of the disease, it is important for the public to take drastic steps to stop further infection and spread of the disease.

He said: “It is very important that Nigerians should be aware of the health risk Diphtheria disease poses and take caution by adhering to safety measures as the disease spreads further.”

“The public should stop the spread of the disease by reporting any case or symptom of Diphtheria to the nearest medical facility,
NCDC), Ministry of Health and other relevant Government Agency nearest to them.

“The symptoms for Diphtheria infection include sore throat, cough, drooling of saliva, change of voice, neck swelling, abnormal
breathing, fever or mouth odour, among others.

“This illness can be transmitted from infected Diphtheria bacteria spread from person to person, usually through respiratory droplets, from coughing or sneezing. People can also get sick from touching infected open sores or ulcers…”

Adetifa said that “diphtheria is a serious bacterial infection caused by the bacterium called Corynebacterium species that affect the nose, throat and sometimes, skin of an individual. He said that the agency was also monitoring the situation in Osun and Yobe states where cases were now being picked up.

“Data from the Kano State Ministry of Health revealed that the diphtheria outbreak has so far killed 25 people with 58 suspected cases and six persons on admission,” he said.

The NCDC boss said in addition to clinically suspected cases, there have been laboratory-confirmed cases, and the NCDC is working with state ministries of health and partners to enhance surveillance and response to the outbreak.

He said people most at risk of contracting diphtheria are: children and adults, who have not received any or a single dose of the pentavalent vaccine (a diphtheria toxoid-containing vaccine).

The NCDC director-general said that “diphtheria spreads easily between people through direct contact with infected people, droplets from coughing or sneezing, and contact with contaminated clothing and objects.

“Individuals with signs and symptoms suggestive of diphtheria were also advised to isolate themselves and notify the local council, state disease surveillance officer (DSNO) or the NCDC.”