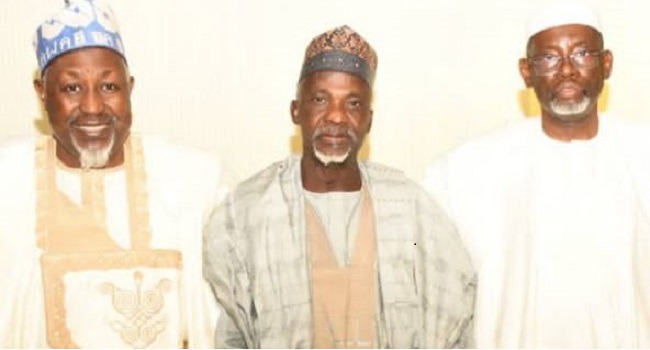 The governorship candidate of the Labour Party in Jigawa, Abdullahi Tsoho has abandoned his aspirations and joined the ruling All Progressives Congress.

According to Channels TV, the former Labour Party candidate who was received by governor Badaru, promised that he and his supporters will do everything to ensure that the All Progressives Congress wins the upcoming elections.

This latest development has however led to several reactions among Nigerians the spokesperson of the All Progressives Congress presidential campaign council, Festus Keyamo. 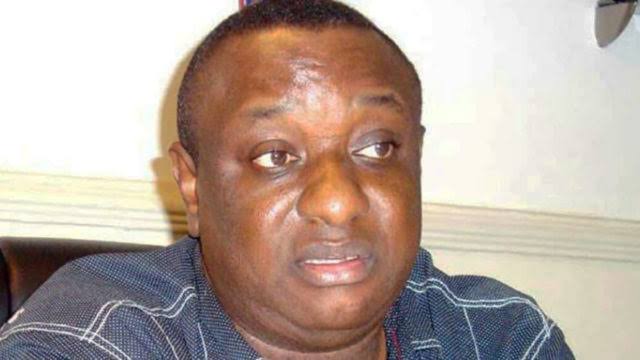 Reacting to the news of his defection, Festus Keyamo took a quick swipe at the Labour Party. According to him, the boys will continually be separated from the men during the course of the electioneering campaign.

“Jungle has over matured in Jigawa. As we get to the deep end of the campaigns, brace yourself for the separation of the boys from the men” he wrote. 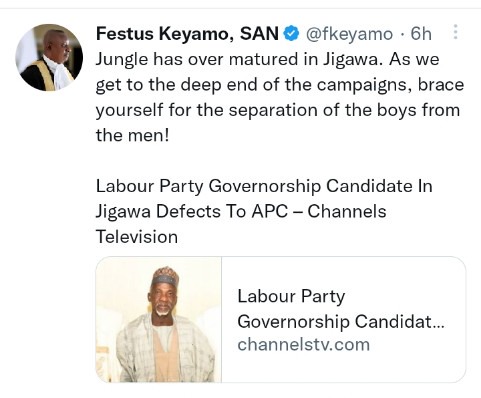