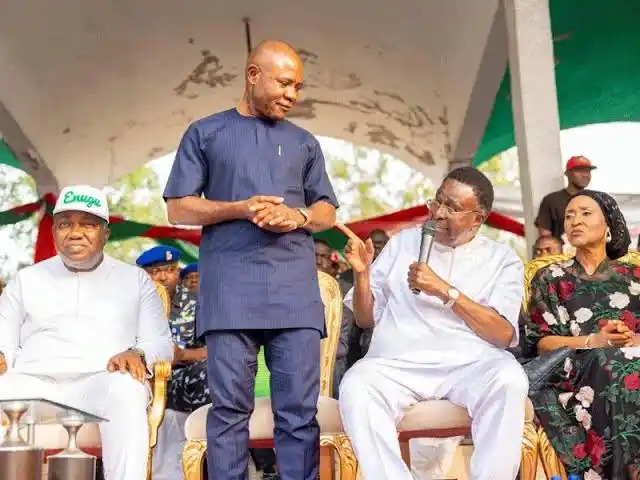 Peter Mbah, the PDP candidate for governor of Enugu State, has received the support of Ben Nwoye, the former chairman of the All Progressives Congress (APC) in the state.

Nwoye, who endorsed Mbah, said that the choice of who should be in charge should not be based on a person’s partisanship but rather on their competence and ability to lead the people admirably.

I belong to the APC, but I’ve decided to support Mbah’s campaign since he’s still the only candidate in the state whose platform captures the desires of the people, the man added.

Ifeanyi Uhwuanyi, the governor of the state, makes the case in his speech that since Mbah won the party’s nomination in a primary that was free, fair, transparent, and credible, everyone must come together to ensure his win in the general election.

According to him, “Mbah’s candidature transcends partisan lines.” He is a remarkable young man with a great potential for high performance, especially given his history in the public sector.

“Mbah’s experience is a striking witness to the reality that tomorrow is truly here,” he continued. I must applaud him for earning the trust and support of the people of Enugu East”.

All sons and daughters of the zone were exhorted by Ugwuanyi to go acquire their PVCs since that was the only way they could support Mbah.

Jim Nwobodo, a former governor of Anambra state, praised Ugwuanyi for keeping his word and a candidate from the Enugu East senatorial zone as agreed.

He expressed confidence that the PDP will win the election since the party has maintained its position in Enugu state from its founding in 1999.

“Because the governor stuck to what the state pledged to, I applaud him for being a man of words. As a result, we will run an election campaign for him to represent Enugu North in the Senate “He said.

Content created and supplied by: SimeonDav (via Opera
News )