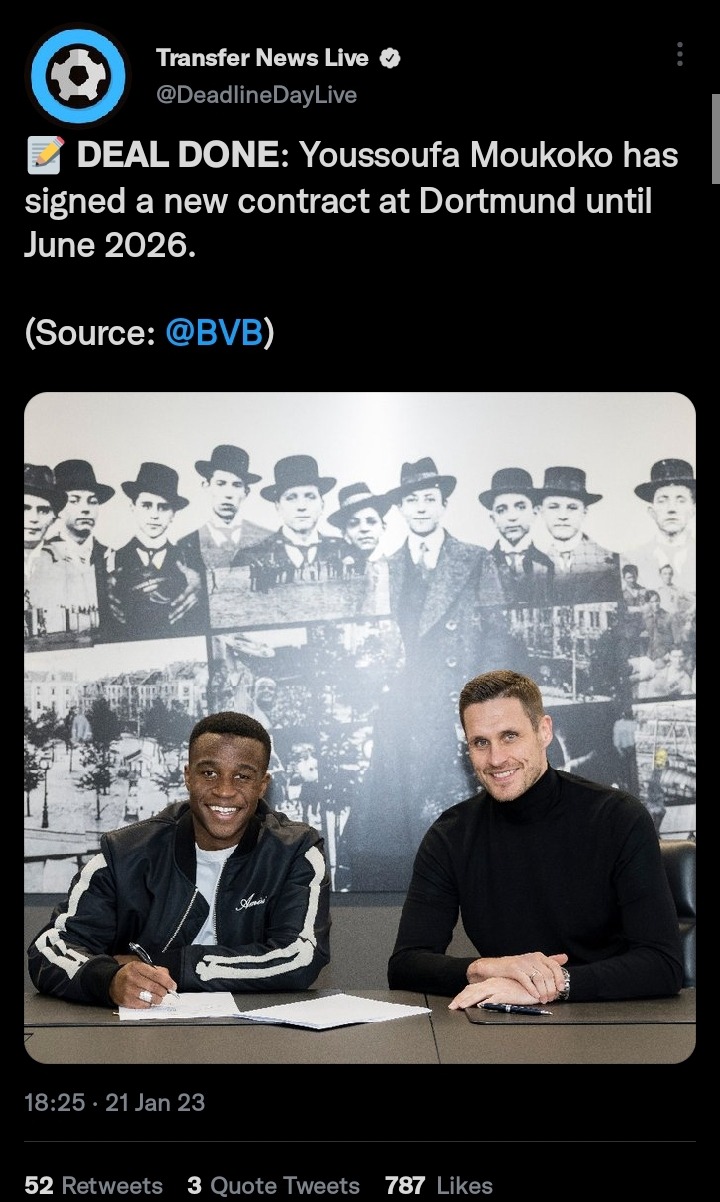 Official, confirmed. Youssufa Moukoko signs new deal at Borussia Dortmund until 2026. “I was honoured by interest of other clubs, but ultimately it’s a decision of the heart. Fans have always supported me, and I also want to give something back to them and the club”. 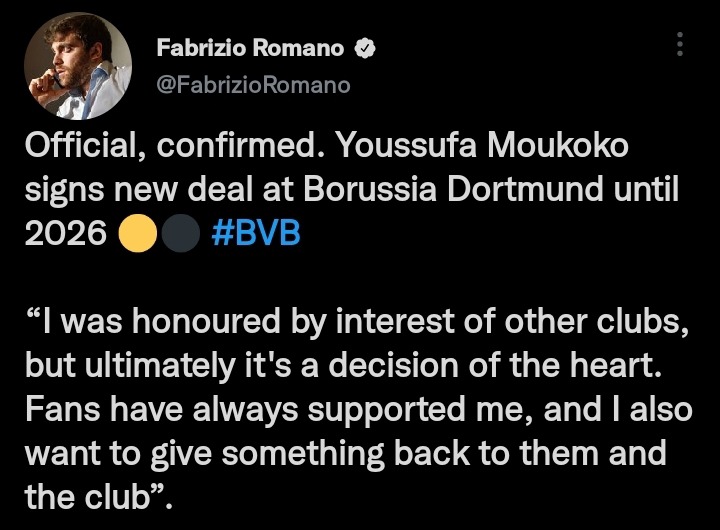 Aaron Wan Bissaka has now chances to stay at Manchester United at least until the end of the season, as things stand. Wolves, Crystal Palace & West Ham asked for him in December but there’s still no green light. Man Utd remain in talks to extend Diogo Dalot contract. 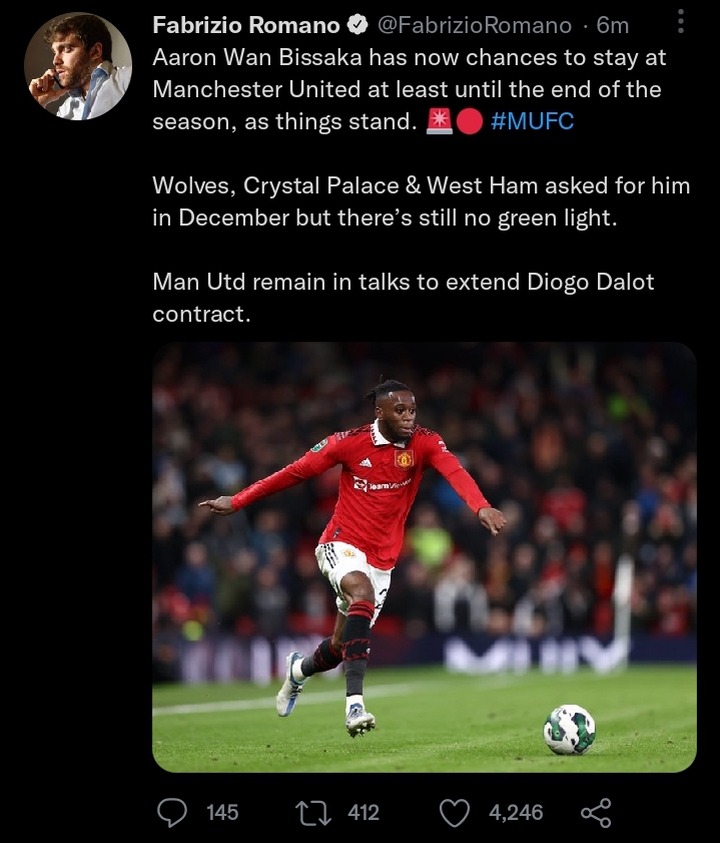 Manchester United are interested in signing Harry Kane this summer. He will only have one year left on his contract at Tottenham. This is a good news for Manchester United fans because Harry Kane is a great player as he has scored 15 times after 20 match days in the season 2022/2023. 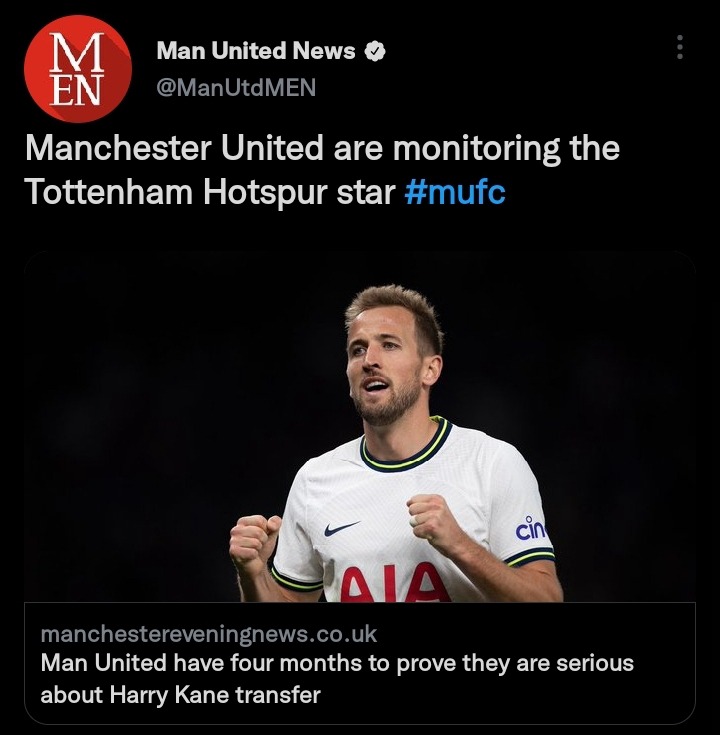 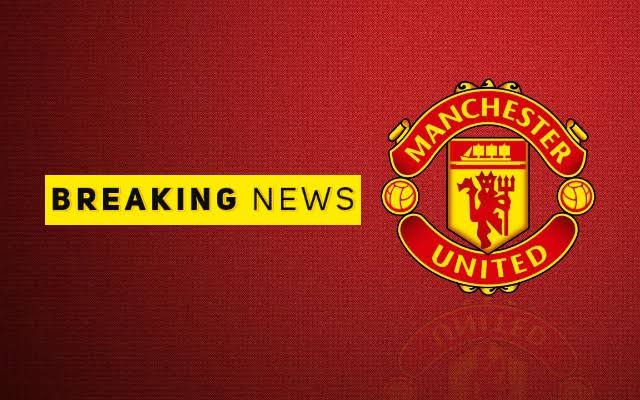