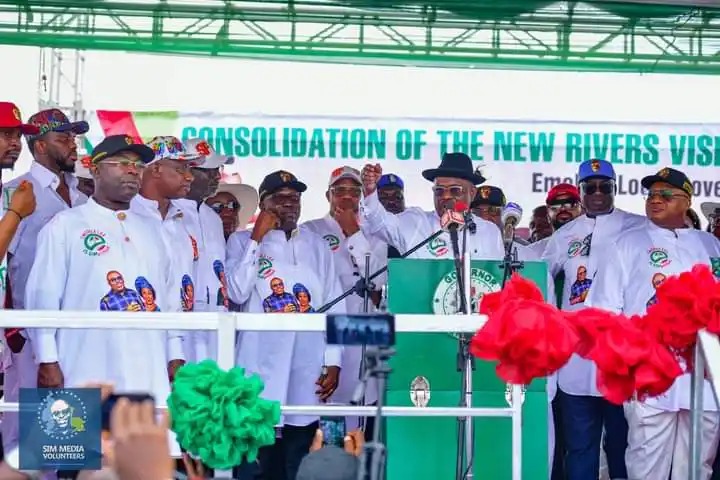 he and his allies will support would be someone who can be trusted and keeps to his promises. The G-5 Governors will Support a Presidential Candidate who has integrity.

Governor Nyesom Wike of Rivers state has again dared the sinking National PDP to suspend him or any member of the SUPER G-5. According to him, they will only support a presidential candidate that has integrity.

Wike, Governor of Rivers state spoke on Wednesday at the flag-off of the Peoples Democratic Party (PDP) campaign rally in Rumuji-Odegwe town, Emohua LGA of the Rivers state.

He told the crowd at the rally ground that their “patience” in waiting for him to decide on who they will support for the presidential election will not be taken for granted.