Journalist Abuga Has Called For KNEC Disbandment, Alleges What Schools Had That Gave 80% Fake Grades 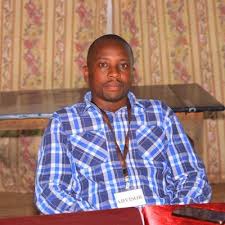 Journalist Abuga Has Called For KNEC Disbandment, Alleges What Schools Had That Gave 80% Fake Grades.

A renowned journalist Abuga Makori working at a local station has raised claims over the Kenya National Examination Council results that were released on Friday 20th January 2022.

According to him, the results are not genuine and there is no way candidates could have scored higher grades from schools that have never performed better.

Defending his claims, he alleges that the Kenya National Examination Council body should be disbanded the way Fred Matiangi who acted temporarily at the ministry of education did in 2015. He also alleges that most schools had a KNEC marking scheme during the exams and they used it to pose high mean scores.

“There is URGENT need to disband KNEC just like Matiangi did in 2015 while restoring credibility in our national exams. Most schools had the real KNEC marking schemes. Not surprised that Cardinal Otunga and others seized this opportunity. 80% of 2022 KCSE grades are NOT genuine,” he posted on Twitter. 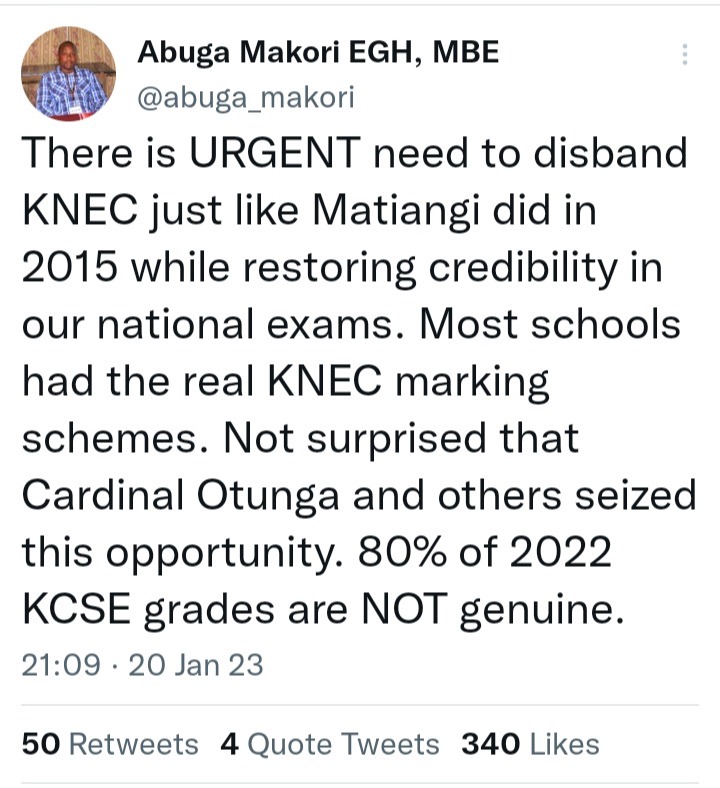 Thanks for reading. Click the link below for more details on his claims.

Content created and supplied by: InstantUpdatez (via Opera
News )