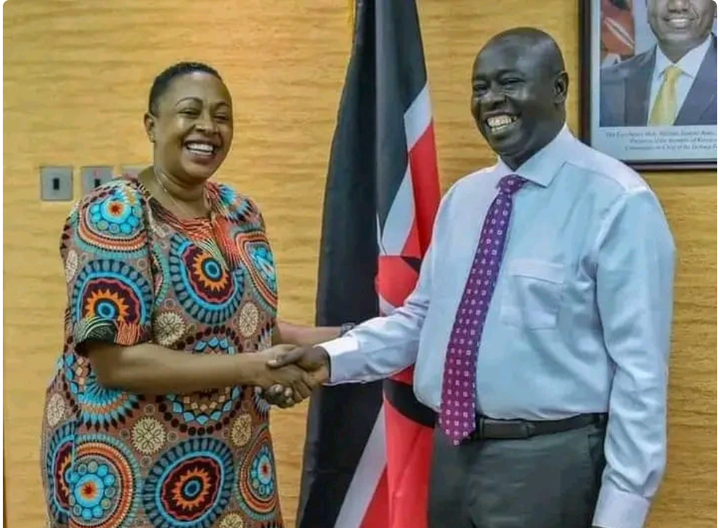 Rigathi Gachagua, the vice president, has meetings with the regional leaders as the battle to bring the leaders of the Mt. Kenya area under one roof continues. Some of those who were in Azimio la Umoja have already made the decision to work with Gachagua to give their people a unified voice. The honorable Sabina Chege, a candidate for the position of member of parliament, visited Gachagua on Friday, January 20.

Later, she discussed it in the wee hours of the morning on Facebook. She exclaimed that she had a wonderful day and was overjoyed.

“Hon. Rigathi Gachagua had a cordial call in the DP’s office.

Good use of the day. We wish our people a blessed night “On her Facebook page, she posted something.

Even though they do their best to support Gachagua as the region’s caliph, this is happening. Others, on the other hand, contend that Gachagua has not received their support and that Uhuru Kenyatta, the previous president, still holds the throne. A similar disagreement exists among leaders.