Kidnappers Dragged Me Into The Bush, Stripped Me Naked And Took Pictures Of Me –Lady Narrates Ordeal 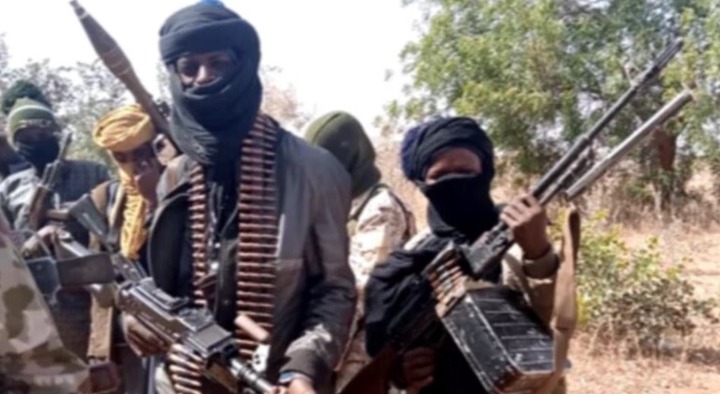 A freed kidnap victim has recounted, in an interview with Channels Television, how she was kidnapped and molested by kidnappers while she was on her way to meet someone she has been chatting with on a dating app known as Tinder.

The victim disclosed that, prior to her abduction, the suspect she had been chatting with on the dating app lied to her that he works with an Oil and Gas Company. She said the man then asked her to come and spend time with him and get to know each other better.

She said the man sent a bike man to convey her to his place. During the trip, she said the bike man suddenly stopped, pretending like something was wrong with his bike.

She said she became suspicious but before she knew what was happening, two men had already gathered around her with knives. These men, according to her, warned her not to scream as they dragged her into the bush.

After being dragged to the bus, she disclosed that they stripped off her cloth and started taking pictures of her. She was then blackmailed with the photos, as they threatened to send the pictures online if she doesn’t pay the ransom.

NOTE: Photo is used for illustrative purposes only

‘The bike-man was acting as if fuel finished in his bike or his bike spoiled. Before I know, two guys holding knives came close to me and took my bag, collected my phones and maltreated me.”

“They said I shouldn’t shout else they will kill me. So, they dragged me into the bush and I was trying to scream for help but to no avail. It was around 7:30 pm. They took me inside the forest and asked me to strip naked. They took my pictures…’

She added that in the kidnapper’s den, at night, she was beaten and molested. However, she stated that her ransom was paid by her family and she was eventually released.

Rivers State Police Public Relations Officer, Grance Iringe confirmed that three male suspects have been arrested in connection with the kidnapping and abuse of the victim. She said that the suspects specialize in luring unsuspecting citizens, most especially young citizens, through a social media platform, Tinder.

When interviewed, one of the suspects disclosed that he learnt the act from someone. He says they often chat with random girls on the dating app, Tinder and asked them to come to a certain location. According to him, he has been doing this for roughly three months. He said he makes about N65k from each victim they successfully kidnapped.

Content created and supplied by: Gistnews01 (via Opera
News )