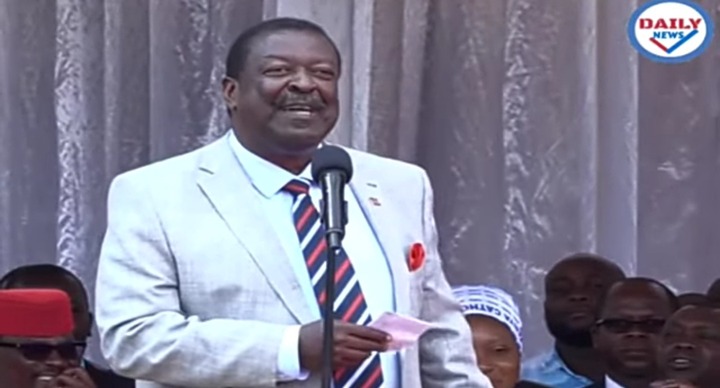 When he was given a chance to speak, Musalia recognized some of the people present but the audience burst into laughter the moment he mentioned Francis Atwoli.

Musalia said, “It is good to recognise that amongst us is the Secretary General of the Central Organisation of the Trade Unions, Mzee Atwoli.” 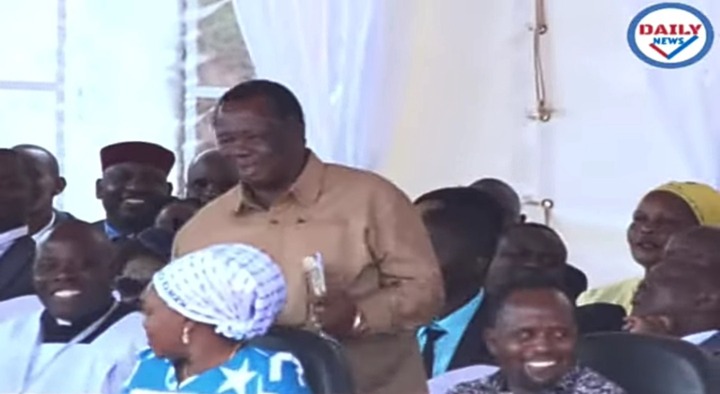 He had to wait for the crowd to finish laughing as Atwoli stood to wave to the people so that he could be seen.

Musalia then said, “Mambo yamebadilika,” as he also laughed and continued with the speech.

The crowd was probably amazed by Atwoli’s presence because he was against Ruto, Mudavadi and other Kenya Kwanza members last year during campaigns. 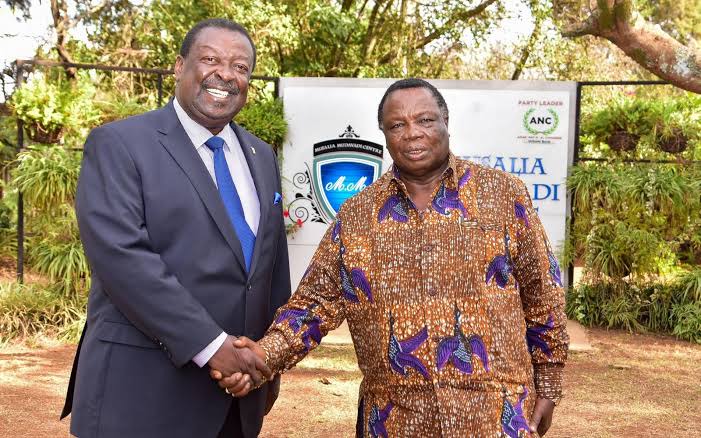 Atwoli was Raila’s supporter who believed that Ruto would not win the election. He went to an extent of telling people from Ruto’s rural areas to cut the trees just incase he commits suicide after losing the election.

After the results were announced, Atwoli was at the forefront to congratulate him and praise him for being intelligent.

Most Kenyans assumed that he was doing that so that he keeps his position in COTU.

Content created and supplied by: Barbietales (via Opera
News )