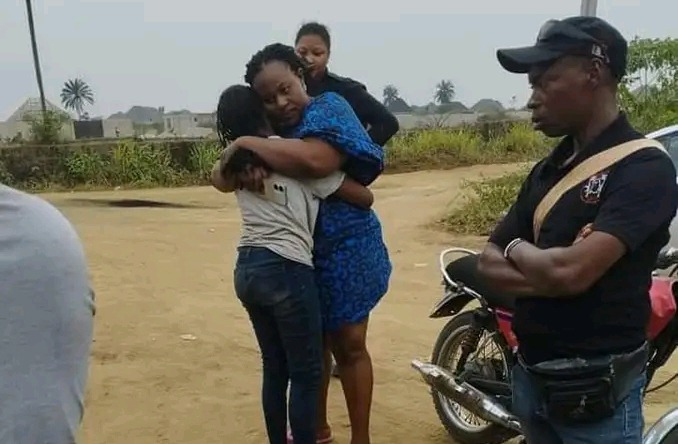 According to Nigeria info Radio Station on Saturday, the 21st day of January 2023, it was gathered that Nine-year-old Chisom Ezeonyiwara who was declared missing by her parents has been found.

Her mother, Ogochukwu Ezeonyiwara, told our correspondent that she received a call from an OSPAC member at Igbo-Etche on Friday evening. She said the OSPAC member told them their daughter was found after she escaped from a fenced bush where a man who beat her up held her hostage for three days without food at Igbo-Etche and threatened to kill her if she shouted.Mrs Ezeonyiwara who said her daughter turns 10 today, said although she was weak, she was able to recall her phone number. She earlier said Chisom was sent on an errand to buy petrol at a filling station in their neighbourhood, alongside her teenage house help when she was kidnapped.

Another missing girl in Portharcourt has been found. 9-year-old Chisom Ezeonyiwara who will be turning 10 on 21 January 2023 went missing at Eneka in Portharcourt on 18 January 2023 around 6 pm and was found today.Mrs Ogo expressed her thanks and joy to God for bringing her back intact. She also extended her gratefulness to Nigerians and the online community for their support during the search.

This is the second in the series of Port Harcourt missing persons found in January 2023.Thank God for prayer answered, her school mates were prayering on Wednesday coupled with fasting for her kidnappers to let her go mysteriously and it has happened.

The question now is, What is government, security agencies and community leaders especially in Igbo Etche doing concerning the damning, notorious and infamous activities of criminals living within that area?

Something urgently need to be done. Scary news always coming from the den of Igbo-Etche.

Content created and supplied by: Justusben (via Opera
News )