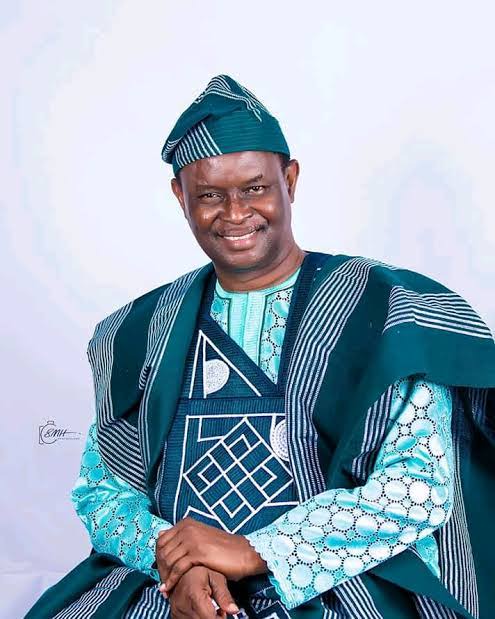 Popular clergyman Mike Bamiloye has stirred mixed reactions from social media users when he condemned the use of the word ‘Goat’ among youths and talented stars in the world today, he gave biblical interpretation to the word, he advised them to use another word instead to explain their talents and skills, he shared this on his official Instagram page, check it out 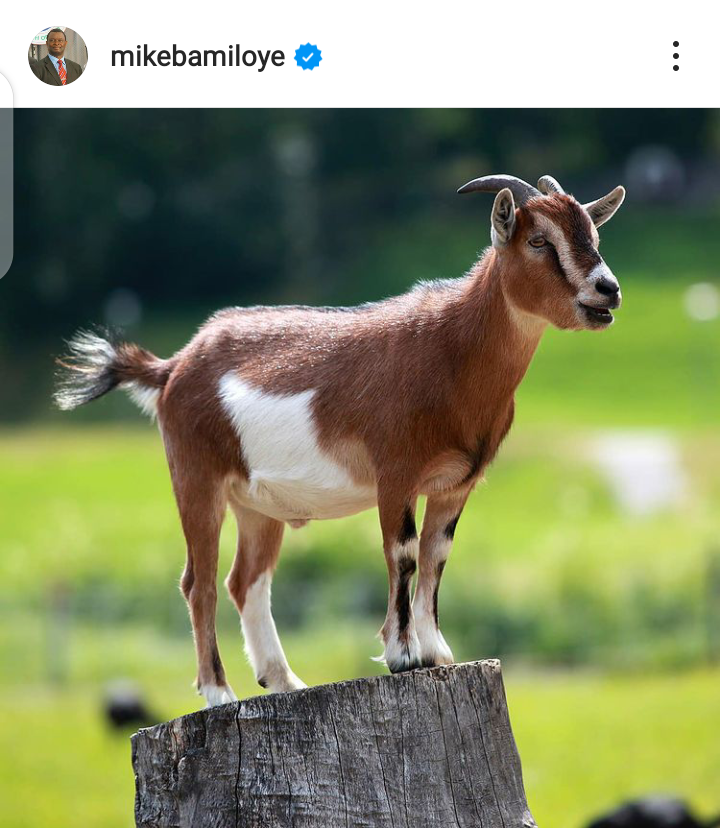 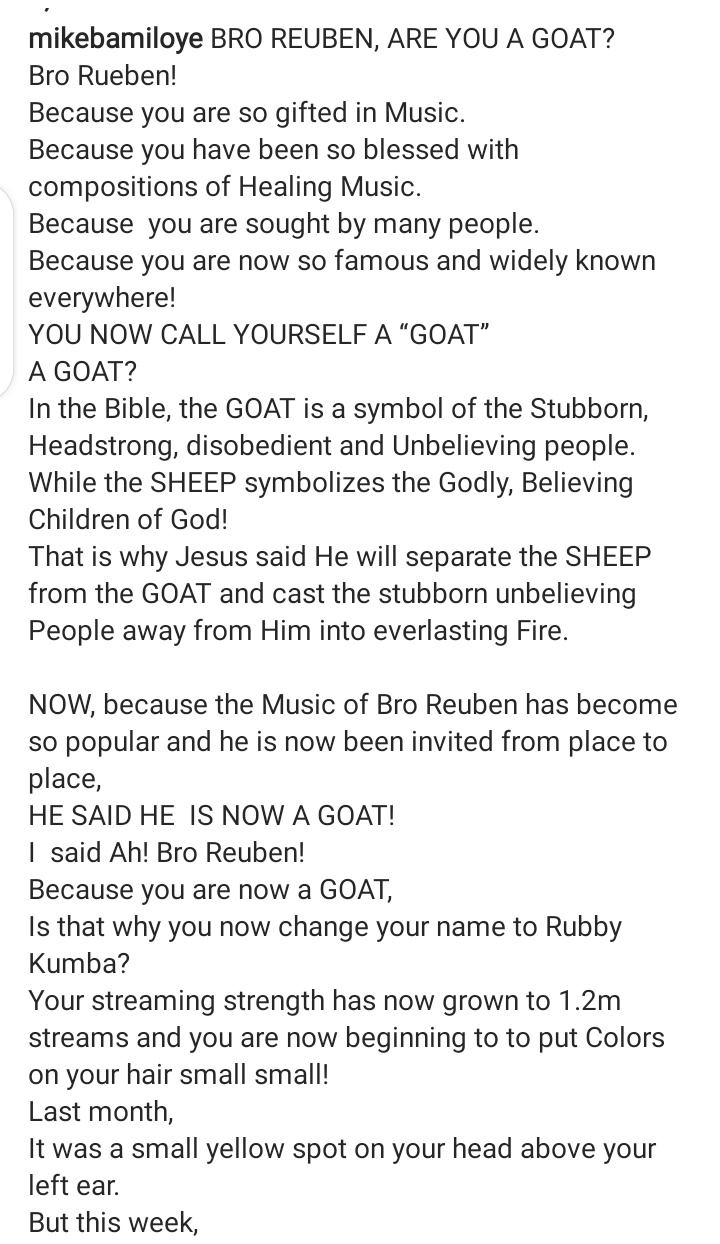 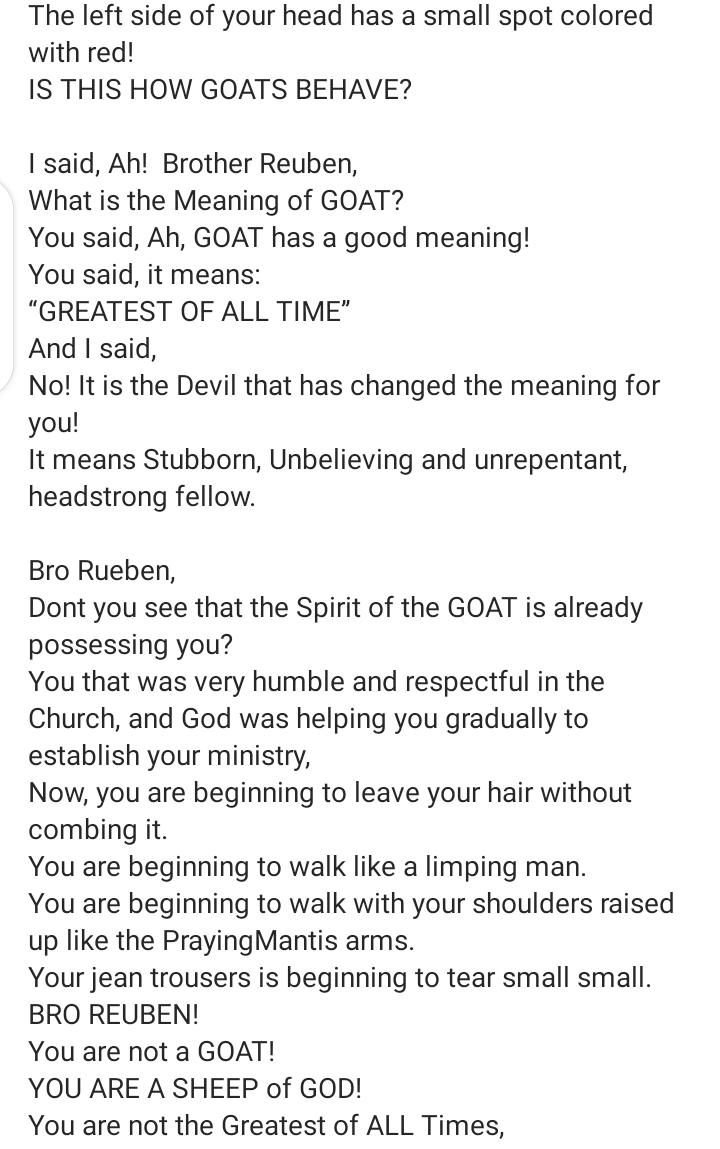 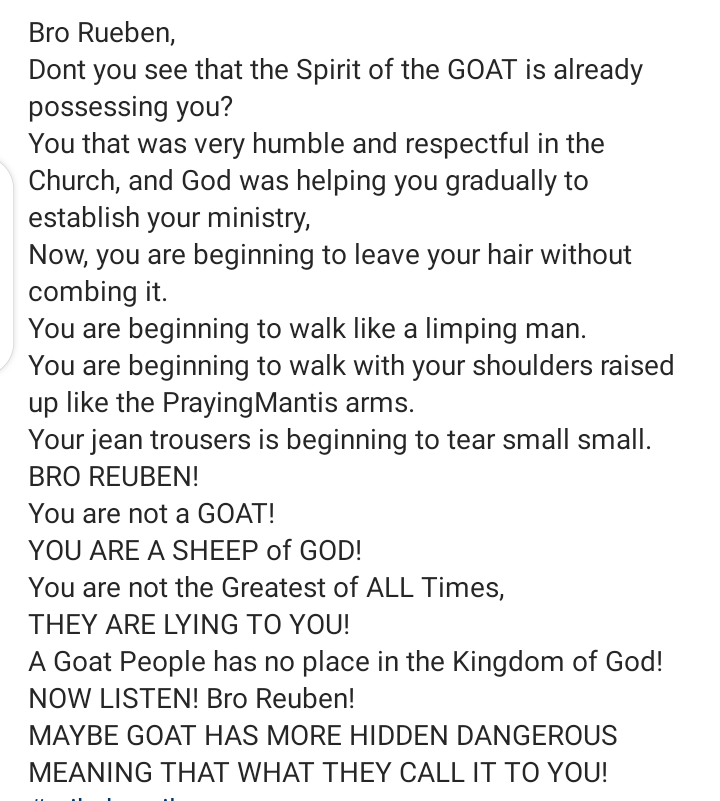 In the world today, people used the G.O.A.T as an acronym for ‘greatest of all time’, it simply means the person is so creative, talented and good at what he or she does, but Mike Bamiloye disputes that and advised them to stop using that to describe themselves

According to him, he described GOAT a stubborn, unbelieving and unrepentant headstrong fellow, he told them to describe or call themselves a ‘SHEEP’ instead 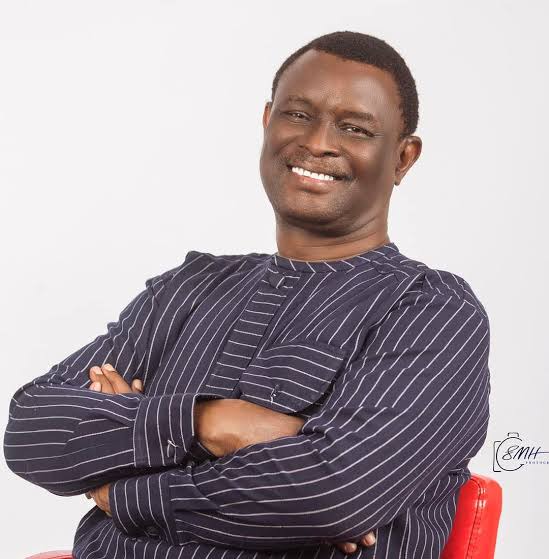 Mike Bamiloye is an award winning gospel movie actor, dramatist, producer and director, he is an evangelist and the founder and president Mount Zion faith ministries and Mount Zion television, he is happily married and they are blessed with children

A lot of people reacted to his piece of advice online and didn’t hesitate to pour out their opinions in the comment section,check out some reactions 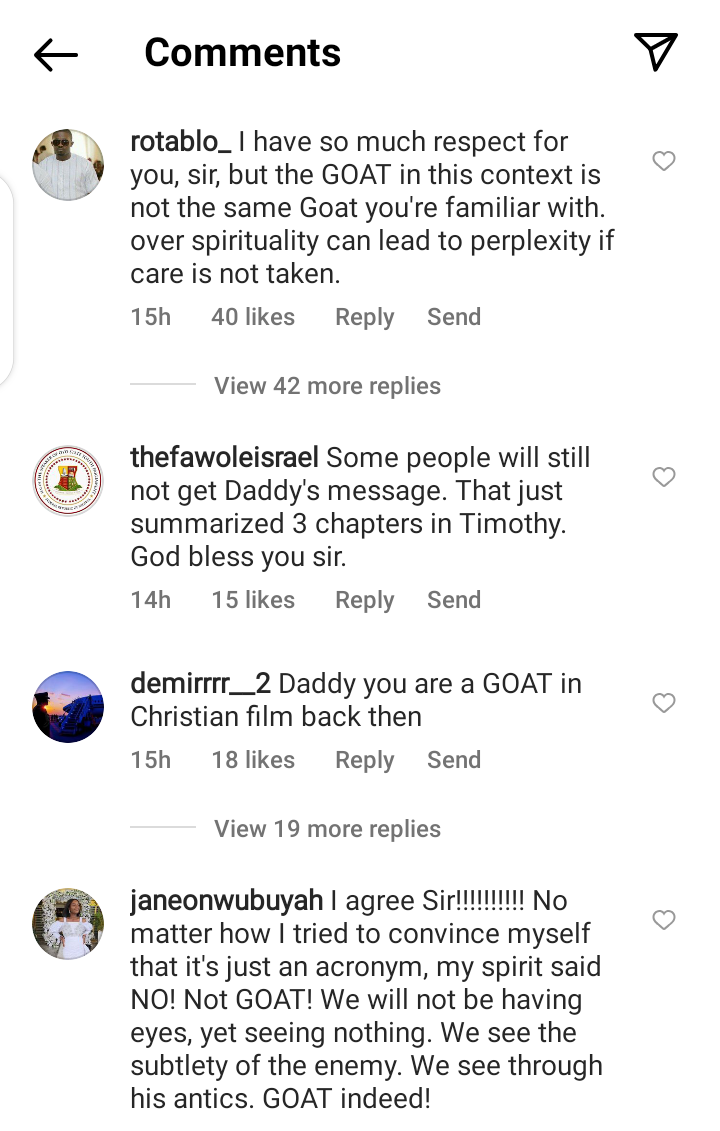 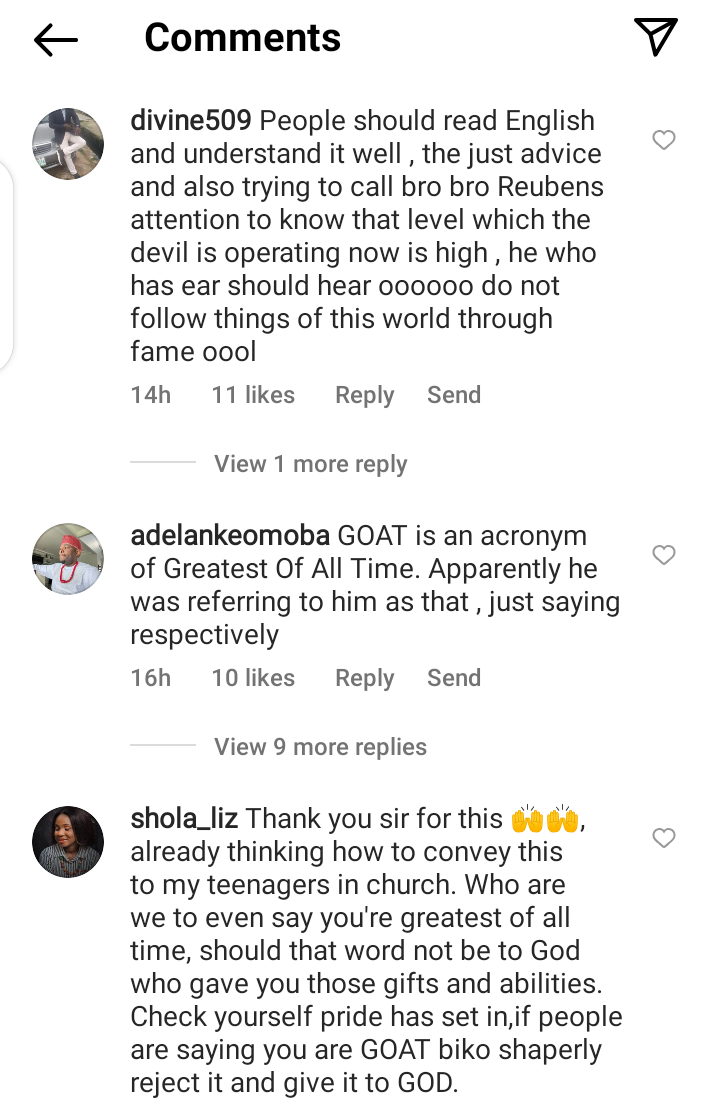 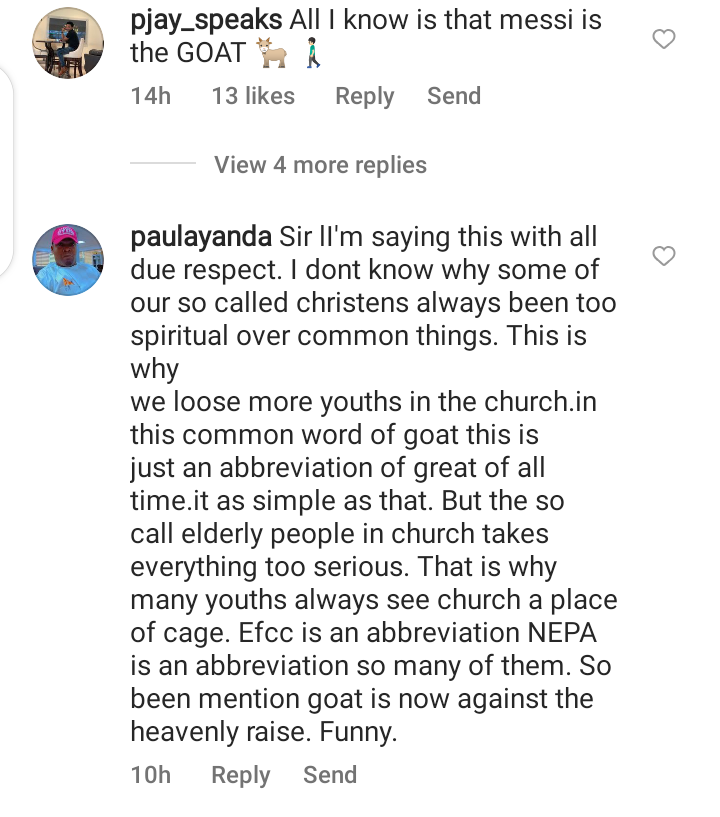 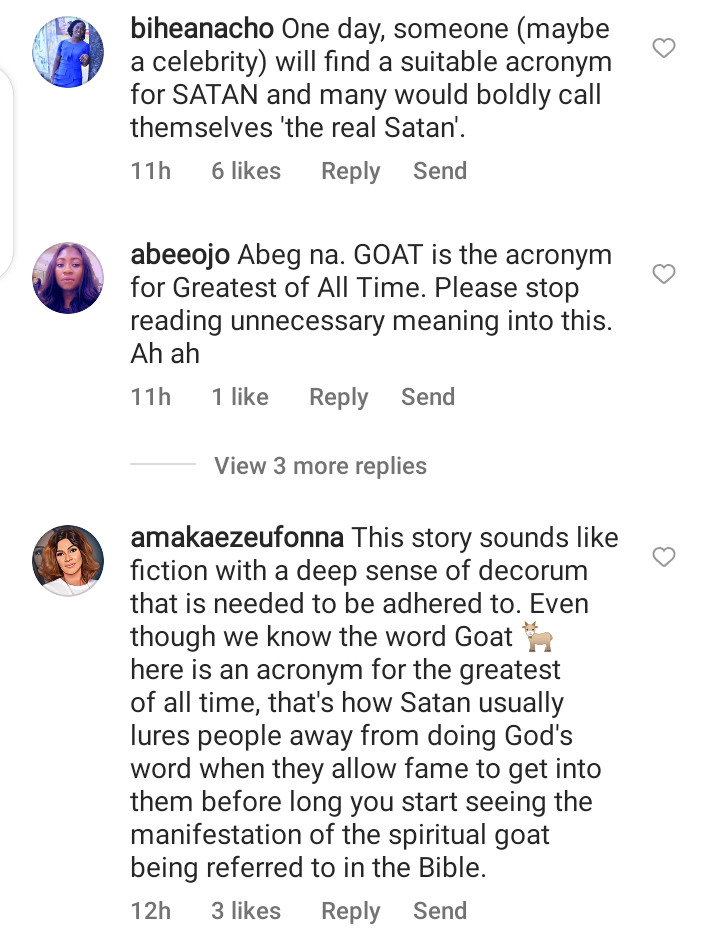 It appears that a lot of people are not ready to take heed to his correction, as seen in the screenshot above, they tackled him back 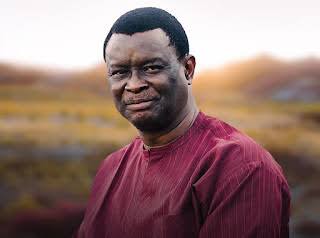 Content created and supplied by: Debby’sBlog (via Opera
News )