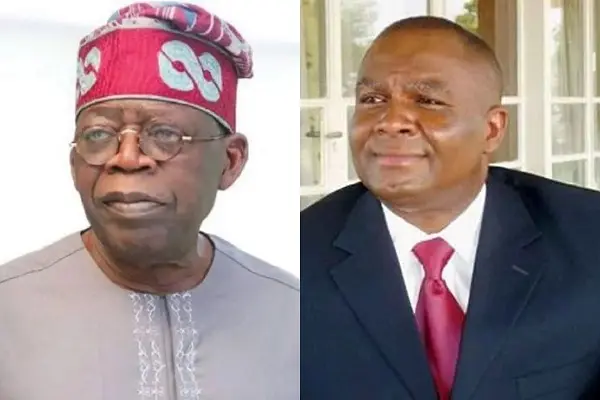 Dr. Josef Onoh, an ally of Senator Chimaroke Nnamani and spokesman for the Bola Tinubu Presidential Campaign Council, has claimed that the Enugu East senator and others were suspended from the Peoples Democratic Party (PDP) in order to divert Nigerians’ attention away from Atiku Abubakar’s special purpose vehicle (SPV) scandal.

There have been allegations against Atiku, the presidential candidate of the PDP, that he used a registered entity called SPV to purportedly perpetuate fraud when he was the vice president of Nigeria, but Atiku has roundly denied the allegation.

He argued that Nnamani’s suspension was useless and of no effect since Nnamani remains a February 25 candidate of the PDP by law, and urged his supporters to remain focused and not get distracted by “a Dubai-bound vehicle that does not have a Google map for navigation to it’s destination.”

“Every political party has its own problem which is not limited to the PDP, after all, the APC, on Friday, endorsed the governorship candidate of the PDP in Enugu,” said Onoh. “But you didn’t see the APC rushing to suspend its members without exercising their fundamental rights as enshrined in the constitution.

“Let us remember that all political parties derive their powers from the constitution. The APC has been able to manage their internal problems and has not gone to show crass approach by suspending any of its members.

“Democracy allows freedom; liberty to make choices and the actions of the PDP has made us to know the type of government, the presidency intends to run if elected. Therefore, I urge Nigerians to desist from making the greatest mistake of their life by venturing to elect such people.

“The main reason why the PDP did not carry out due diligence before suspending Chimaroke Nnamani and the rest, including Ayo Fayose’s son, is a way of diverting attention of Nigeria’s from their special purpose vehicle scandal.

“Asiwaju Bola Tinubu of the APC has been the only presidential candidate that has physically traversed in almost all the states in Nigeria and has more physical presence of what the campaign should be than others.

“If Nigerians should make the mistake of electing the PDP candidate, it will result in boarding a special purpose vehicle whose terminus is in Dubai.”