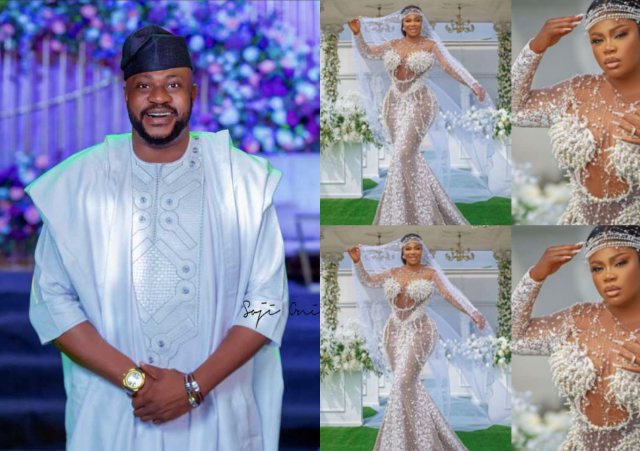 Blessing her with sweet words, the Nollywood actor described her as gorgeous, talented, beautiful and wonderful.

Praying for her, he wrote, “Clear roadddddd oooooo.

I pray the glory of God will not depart from you.

The blessings of God will continue to shower on you always.

People’s attention was drawn to the Nigerian Prophet in recent years, when many credited him with supernatural signs and wonders.

Prophet Adebayo, in a recent interview with Asabe on Afrika TV, revealed several prophesies concerning the actor that he said were sent to him by God.

Odunlade Adekola should return to God and avoid occultic dealings, according to the man of God, who also stated that the Holy Spirit with whom he was formerly associated has not only declined but also quit being with him.

Pastor Adebayo further requested that the actor refrain from engaging in acts of promiscuity with his female coworkers in the film industry.

Further, the prophet forbade him from eating outside his home, particularly if he was invited to a celebration. Because many stars and actresses in the industry conduct rituals as occultic sacrifices, the Cleric advised the movie star not to wear group cloths known as “Aso ebi.”

He went on to advise other Nollywood celebrities to be more devout, claiming that many of them are involved in occultic activities.