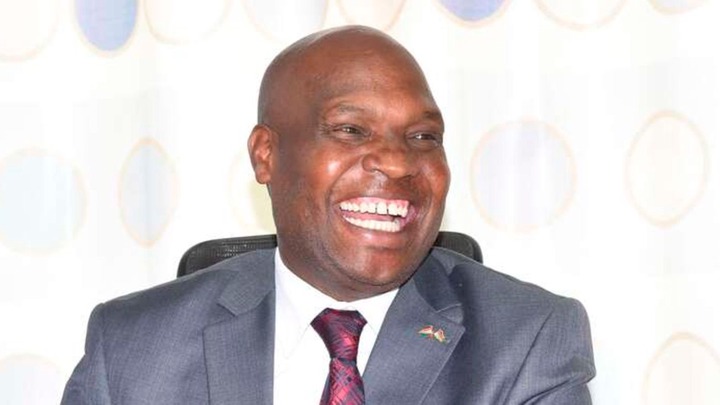 His name is Kipchumba Maiyo. He is currently the Chief Principal of Kapsabet High School in Nandi. He started his career as a history and cre teacher and deputy principal at Cheptil Secondary school in 1994. He has been the principal of Kapsabet Boys since 2010 and he has been behind the exemplary performance of the school year in year out, always among the top five schools in every KCSE exam and hence the best performing principal in Kenya. He would have been a lawyer but he missed law school by a point. He opted to be a teacher now taking all Kapsabet boys direct to the university. He is a father, both at school and at home. 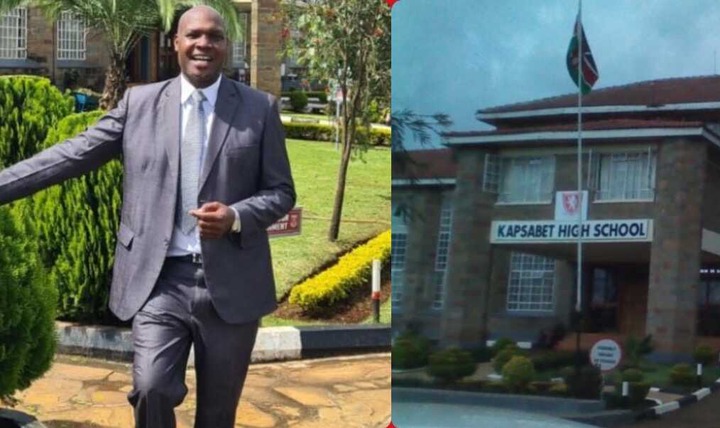 Each day, he lives by the mantra of giving to the children selflessly so they can perform. In 2021 KCSE, he sent an entire class of 461 students to university, the last one getting a C+ The school’s stone-walled fence borders the Eldoret-Kisumu highway. The rest of the fence is a live fence. From the gate, all one can see is scenic greenery. The ambience beyond this point is serene. As the gate closes behind, it shuts out the noise from the road and ushers one to an environment where everyone knows where they should be at any given time. 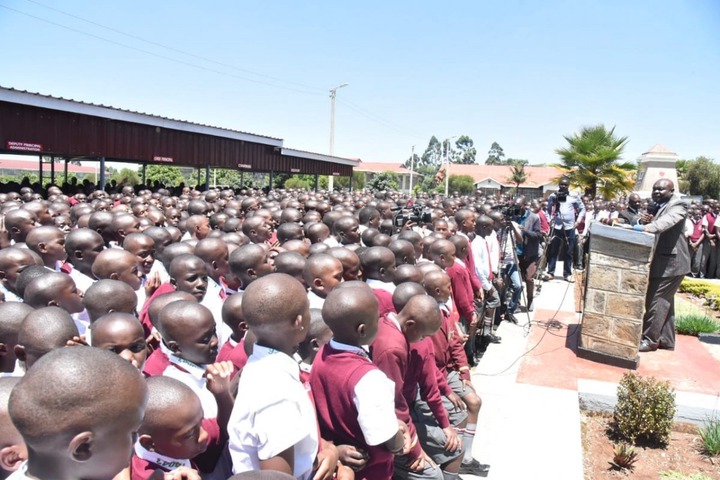 Learning is not confined to the classroom walls as there are messages all over the compound. As one heads to the administration block, one finds a notice that reads: “We receive boys and make men out of the. In 2019, the school was second best in the country. It took the national crown in 2020 with a mean of 10.5. In 2021, the school defended its title, posting a mean of 10.7 and in 2022 they have dropped to 10.1. 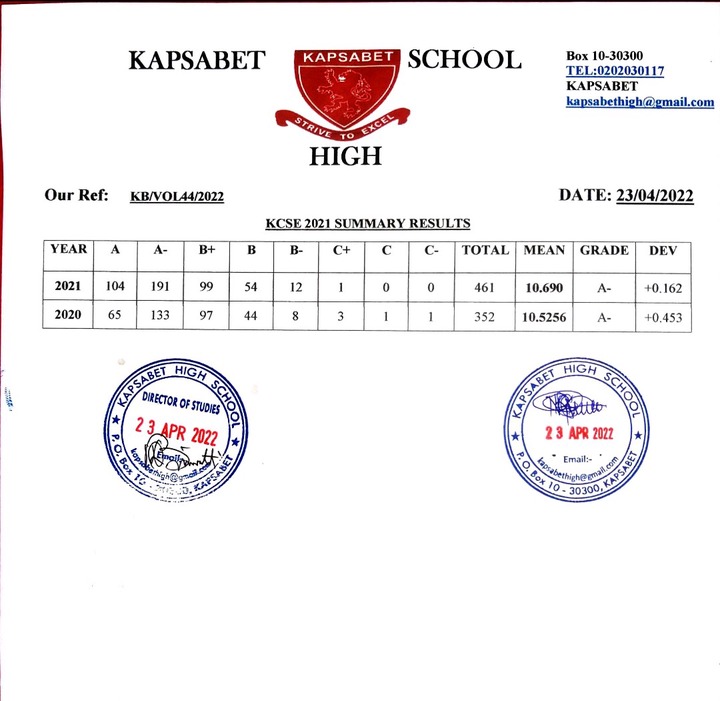 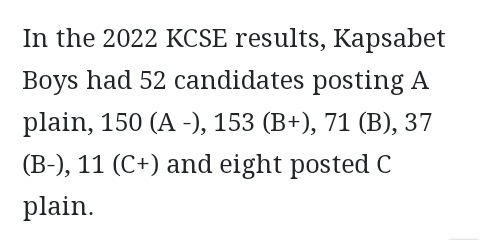 Congratulations to the principal, selfless teachers and the hardworking and disciplined students from the institution.

Content created and supplied by: TheTGMedia (via Opera
News )