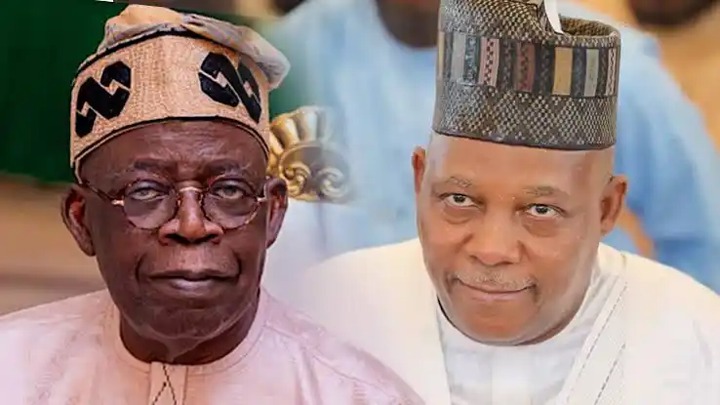 A prominent Christian cleric and theologian, Bishop Dapo Asaju, has come forward to explain why the pairing of Asiwaju Bola Ahmed Tinubu and Kashim Shettima as the All Progressives Congress (APC) presidential, and vice presidential candidates have continued to dominate public discourse in the Christian community with just 40 days until the eagerly awaited 2023 general elections.

Asaju, a former vice chancellor of Ajayi Crowther University in Oyo State, claimed in an interview with The SUN on Saturday that the APC’s Muslim-Muslim ticket has only confirmed what the Christian Community had long feared. He also claimed that the ruling party appears to have a hidden agenda that will not be good for the country’s unity.

The cleric claims that the APC showed extreme insensitivity when it opted to put Tinubu and Shettima on the ballots in advance of the general elections in 2023.

“The Nigerian constitution establishes a federal character, which calls for variety in terms of tribe, religion, and ,” he stated. For APC to run a ticket with the same faith is clearly wrong. not now, when the country is at its most religious. Not now, when one religion is whining about being overshadowed by another. When MKO Abiola and Kingibe were in power, I recall, it was a concession made in unusual circumstances. Despite having been taken along,

Every government must maintain a balance. There was a balance before MKO Tafawa Balewa served as Prime Minister and Azikiwe served as President; following regimes have continued in this vein. Every state has that as the standard. Because of what APC accomplished, people are now more convinced that they are working for a secret goal. They have demonstrated the existence of a cabal that wishes to impose their faith on others. What happened to the Muslim-Muslim MKO ticket? Even MKO himself served as the Sultan of Sokoto’s deputy in the Muslim council.

Content created and supplied by: TravisDav (via Opera
News )