Photo: Show of Might as Citizen TV’s Letoo Poses Alongside Kajiado South MP Next to a Chopper 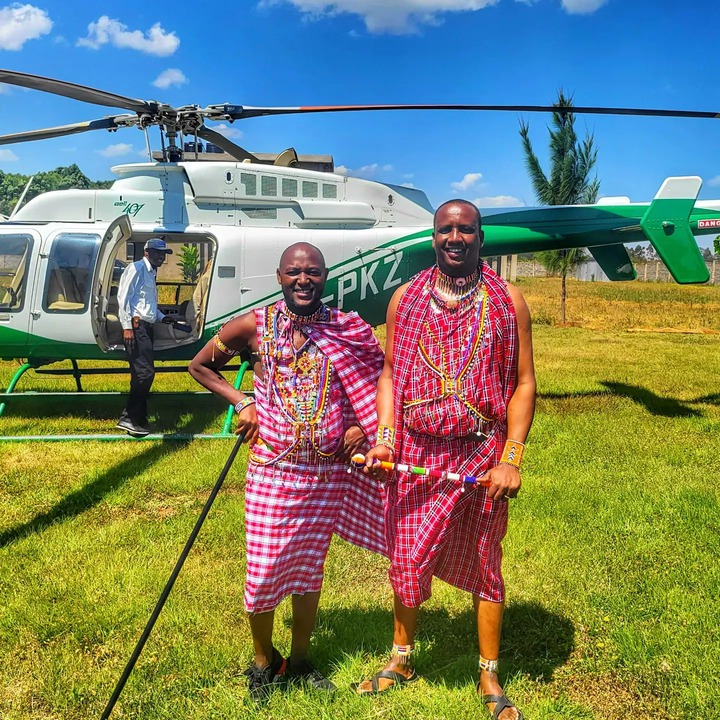 Citizen TV’s Senior Journalist, Stephen Letoo seems to be making major moves in his life after his recent post. The journalist from Royal Media Service has of late been seen with famous politicians with many speculating if he could be preparing to vie for a Parliamentary seat in the coming General elections.

Stephen Letoo has today posed for a photo alongside Kajiado South Member of Parliament, Hon. Parashina Sakimba next to a helicopter. The two who hails from the Masaai Community can be seen wearing the famous traditional “Masaai shuka”.

Stephen Letoo has had a successful career in the Media industry and is hailed as one of the most loved Media personalities in the country. He was one of the journalists tasked with reporting Azimio La Umoja campaigns during the concluded Presidential General Elections. 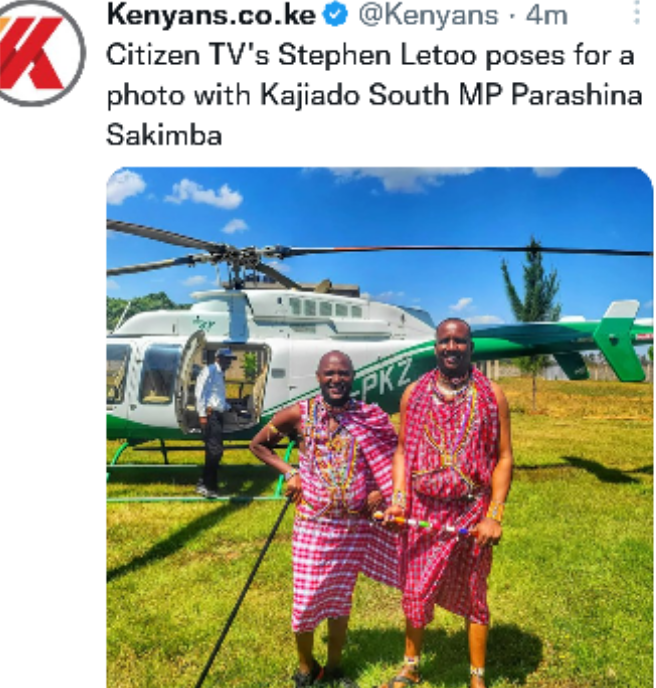 Very few Kenyans are able to hire helicopters and it seems Stephen Letoo is now making huge moves in his life. The celebrated Media personality could be preparing to vie for a political seat in the coming years and Kenyans are waiting to see his next move.

Content created and supplied by: Dekuts (via Opera
News )