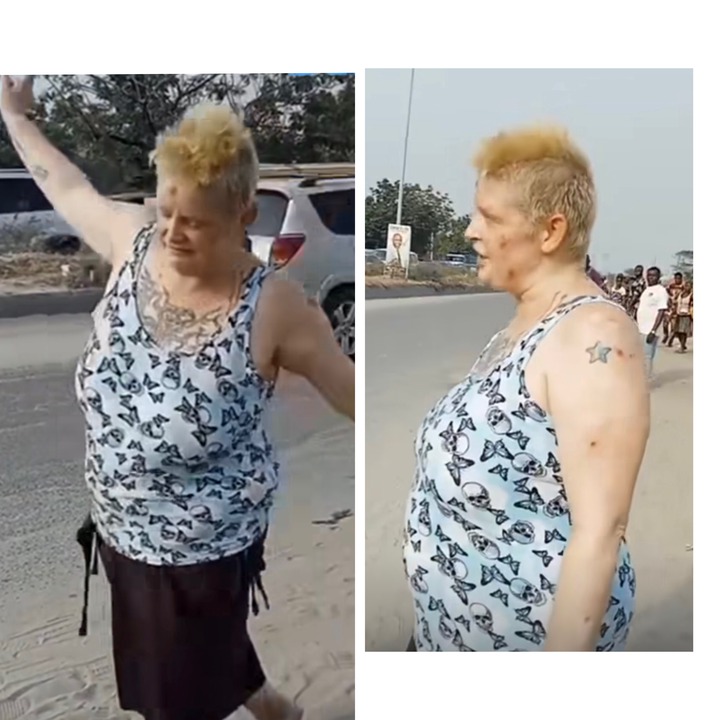 The video of a white woman spotted in Ajah Lagos behaving in an abnormal way has sparked concerns among netizens.

It was gathered that the woman was spotted on Friday, the, 20th of January.

The video which is making the rounds on social media shows a white woman who was barefooted and looking unkempt.

She can be seen with marijuana on her hand as she misbehaves while wandering the streets of Lagos. People tried to come to her aid, but they couldn’t help her as her behavior wasn’t normal.

The lady making the video added a voice over explaining that she saw the white woman in Crown Estate, Sangotedo in the Ajah area of Lagos.

She believes that the white woman was used by ritualists and dumped on the street. 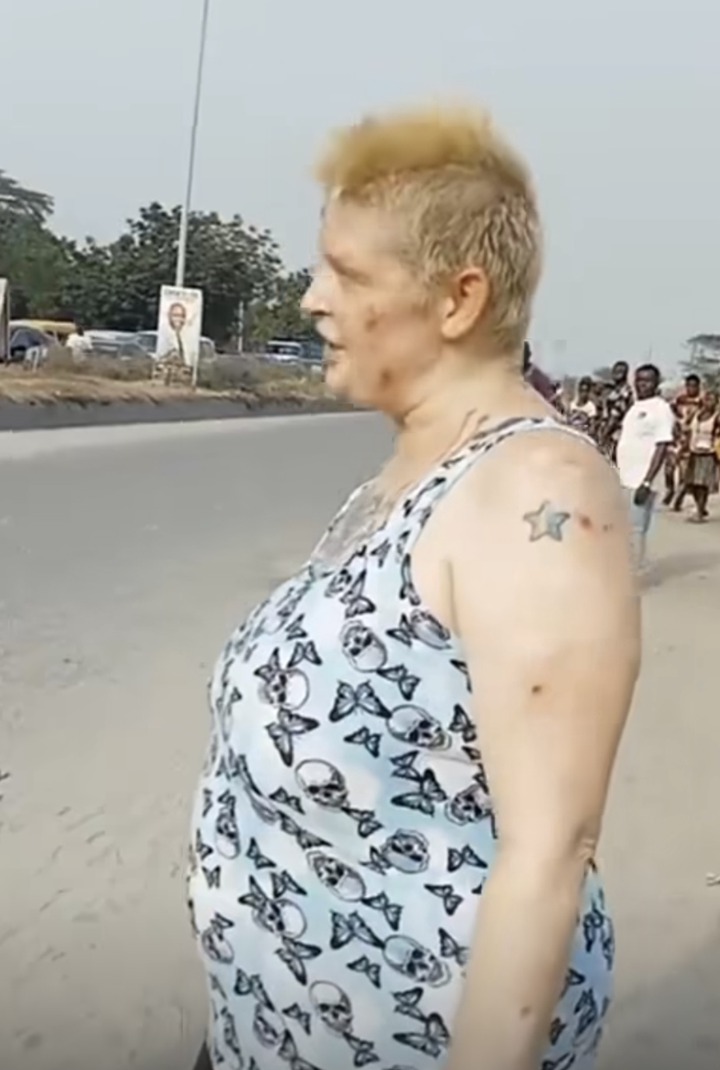 This video has sparked reactions among netizens. Not everyone agreed with the girl making the video that the white woman was used by ritualists or she had gone mad. Some people think that it might be something else. It could be as a result of a substance she consumed as she could be seen smoking.

Below are some of the reactions. 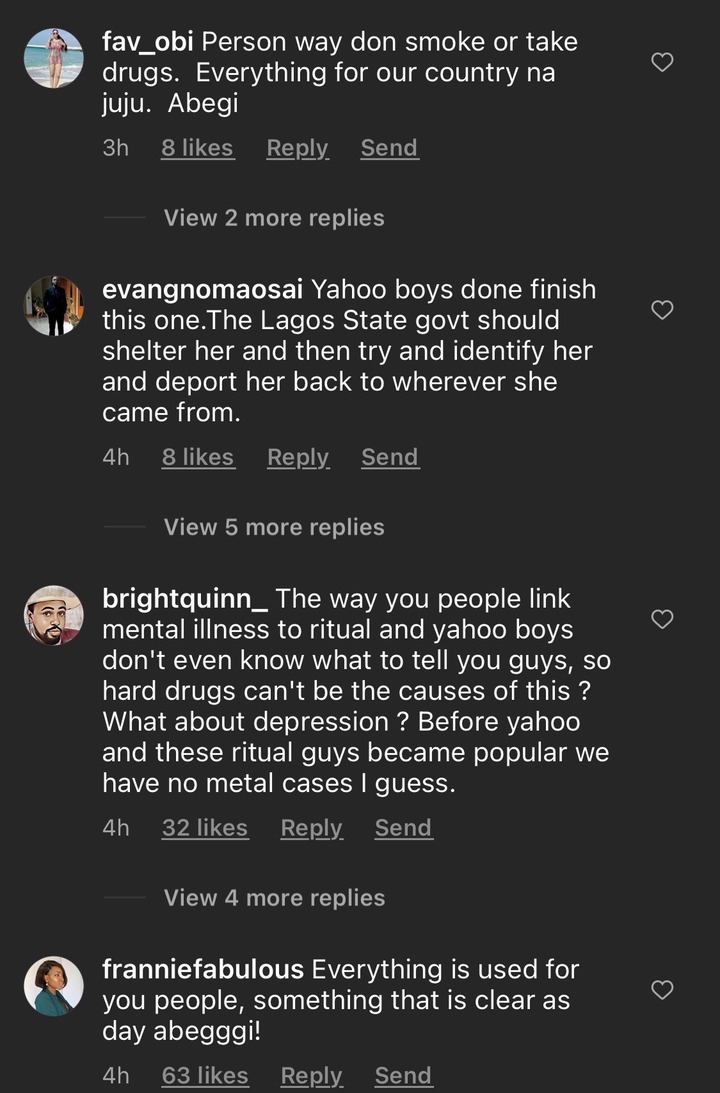 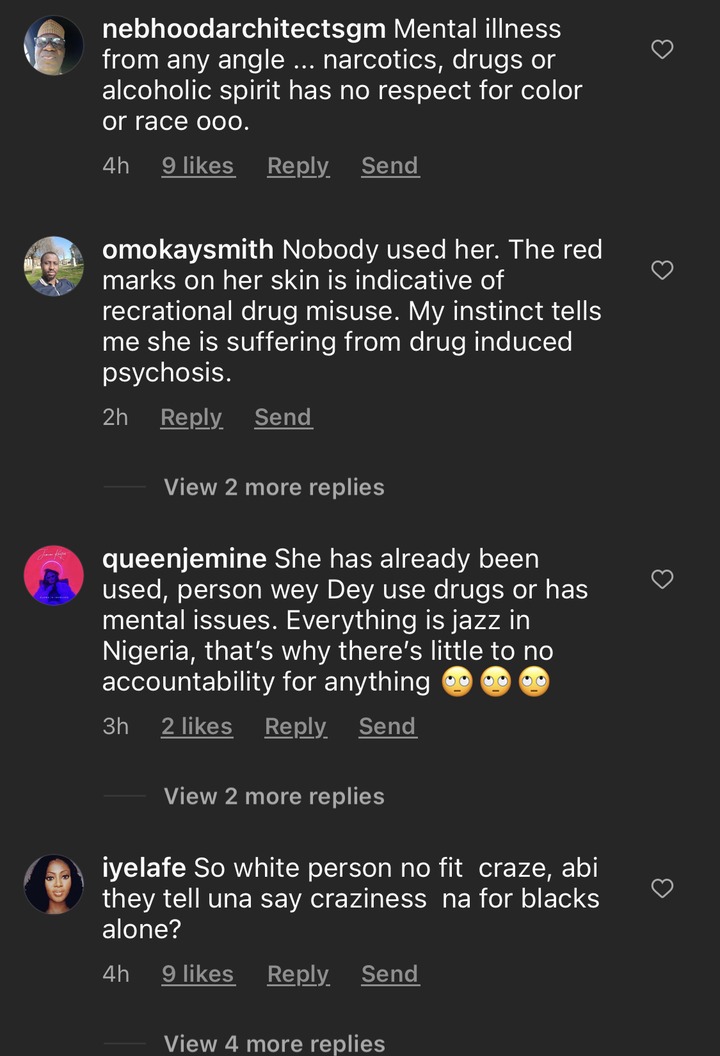 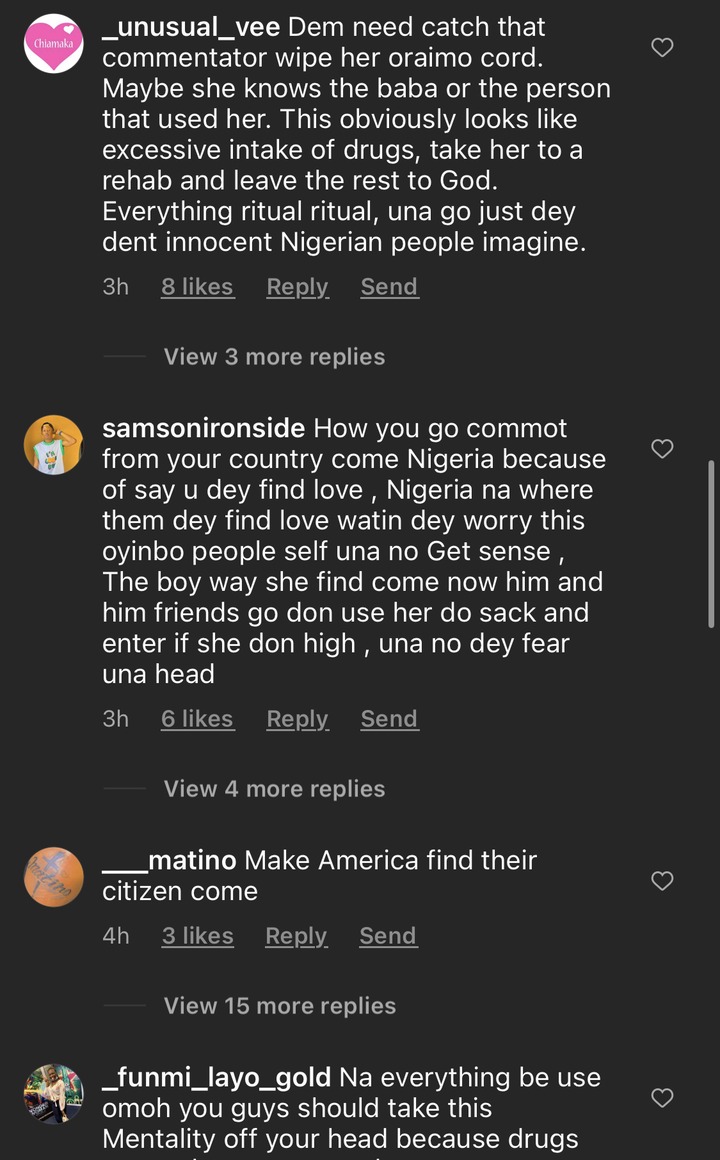