ARS 3-2 Man U: What Fans Are Saying About Antony After Saka’s Brilliant Display 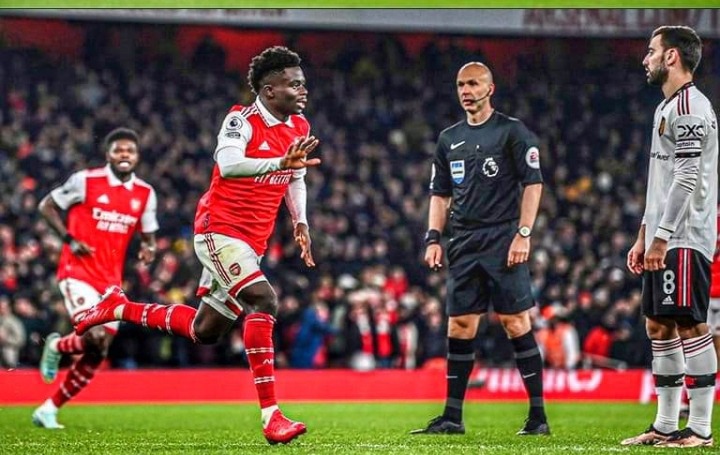 Manchester united’s game against Arsenal started with a lot of intensity. In the first half, Marcus Rashford and Nketiah scored. In the second half, Arsenal dominated the game and took the lead through Bukayo Saka, but Lisandro Martinez equalized with a brilliant header. Well, Nketiah scored the winner in stoppage time.

However, fans have been talking about Arsenal’s dominance, Aaron Ramsdale’s saves, Bulayo Saka’s fine form, Martin’s display in the midfield, and the impact of the result, but this article will center on what fans are saying about Antony after Saka’s brilliant display against Manchester United. Take a look! 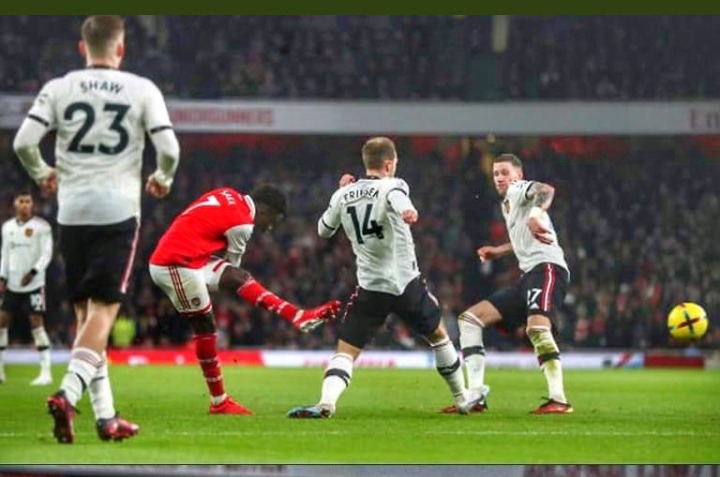 1. Many Fans Want Antony To Learn A Few Things From Saka. 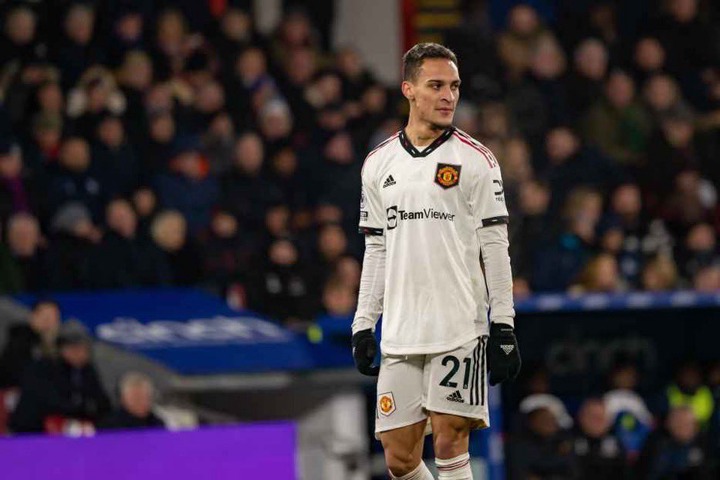 Against Manchester United, Bukayo Saka was unstoppable as he was very direct. The youngster scored a wonderful long-range effort before and could have scored more. However, many fans believe that Antony has to improve his game because the Brazilian hardly takes on defenders. Because of Antony’s predictability, some fans are Saka is better than the Brazilian, while other fans want him to learn from the Arsenal winger. 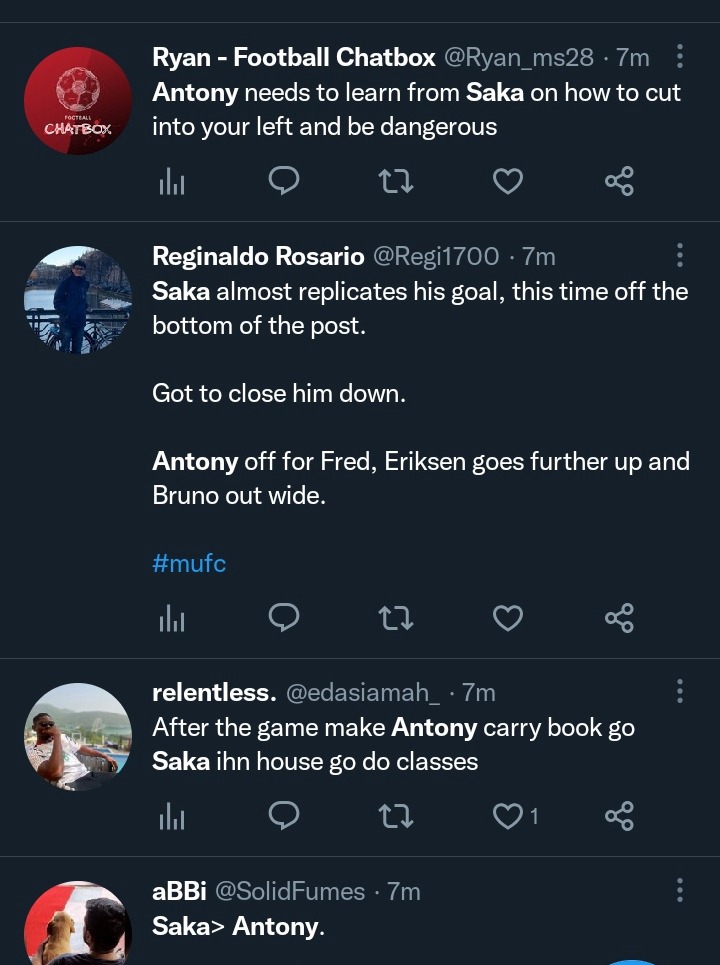 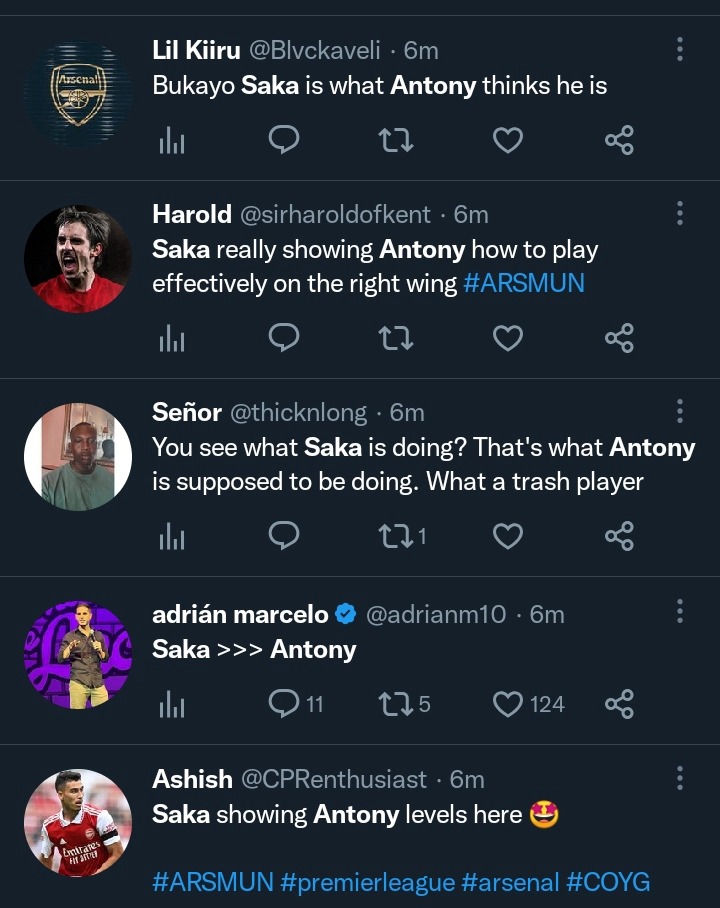 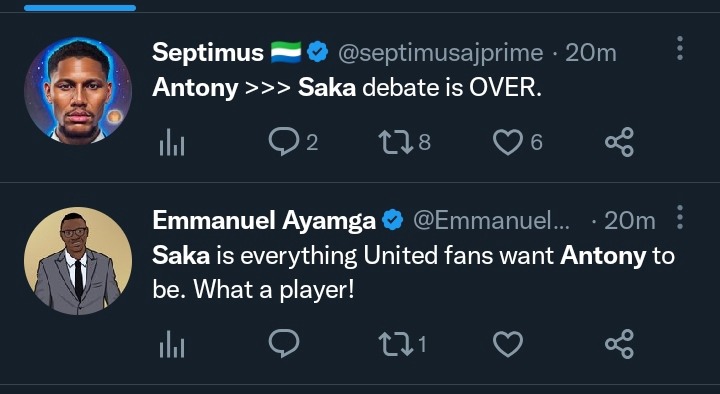 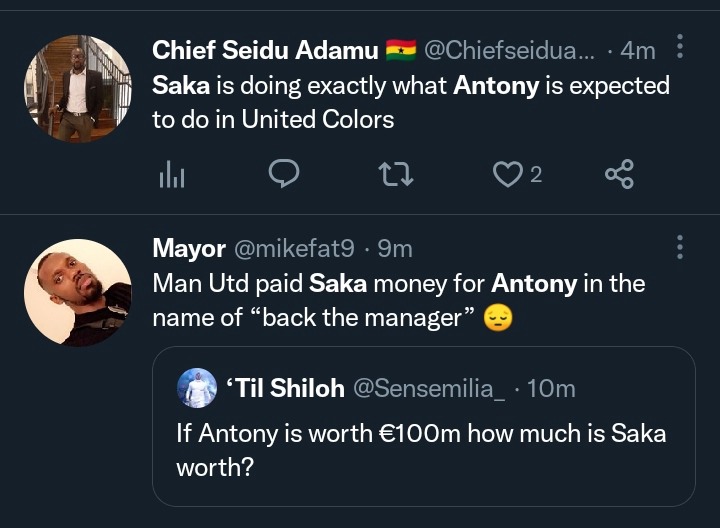 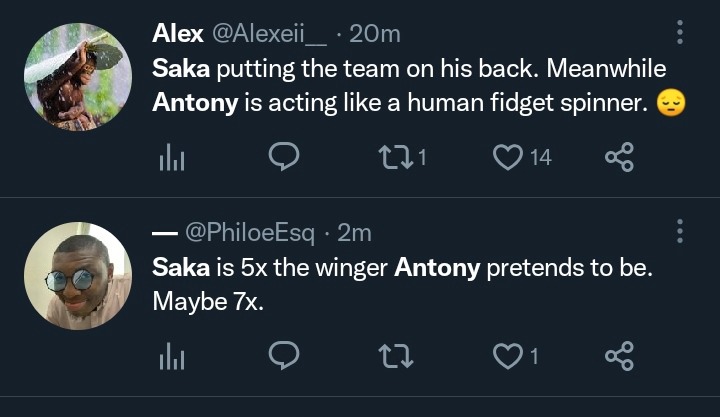 Photo: Some Reactions To Antony and Saka’s display || Twitter

Content created and supplied by: KUNOYnews (via Opera
News )