Bello Shagari Reacts After Sultan Of Sokoto Said He Never Endorsed Peter Obi For The Presidency. 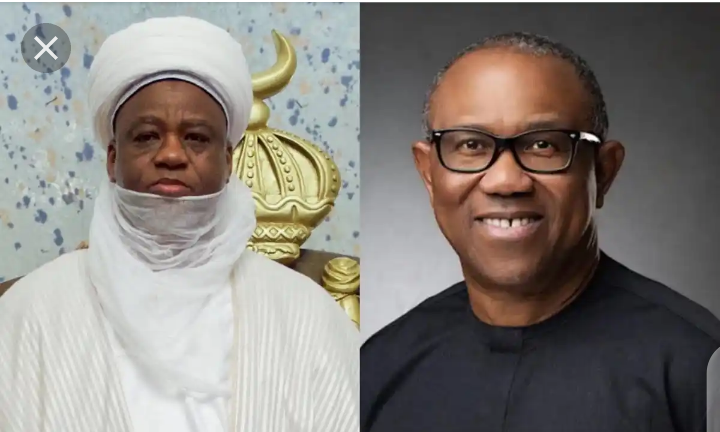 Recently, it was reported that the Sultan of Sokoto, Alhaji Muhammad Sa’ad Abubakar allegedly endorsed the former governor of Anambra State and Presidential candidate of the Labour Party, LP, Peter Gregory Obi ahead of the Presidential election.

Based on these notes, while sharing via his official Twitter page, Bello Shagari alleged that Alhaji Muhammad Sa’ad Abubakar has come under criticism after he said he never endorsed Peter Obi.

According to Bello Shagari, he noted that Sultan of Sokoto is the spiritual leader of Nigerian Muslims, adding that he (Alhaji Muhammad Sa’ad Abubakar) only lamented about being dragged into partisan politics.

Further speaking, Bello Shagari said that he have not seen where anyone faulted any Christian leader for even commenting on politics, but some people are insulting Alhaji Muhammad Sa’ad Abubakar for speaking out. 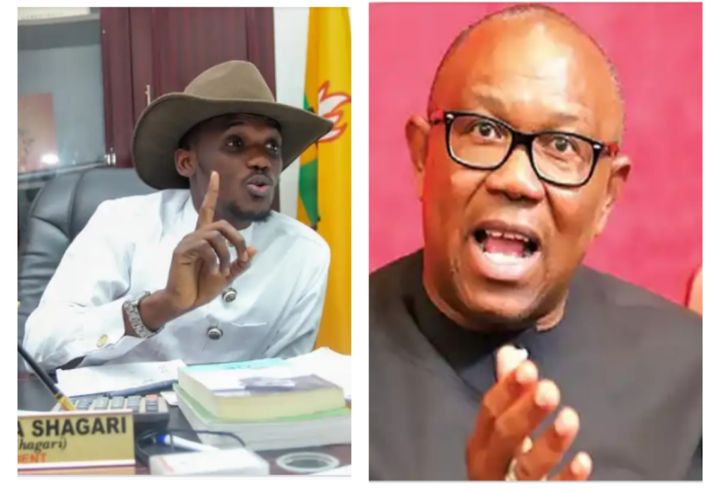 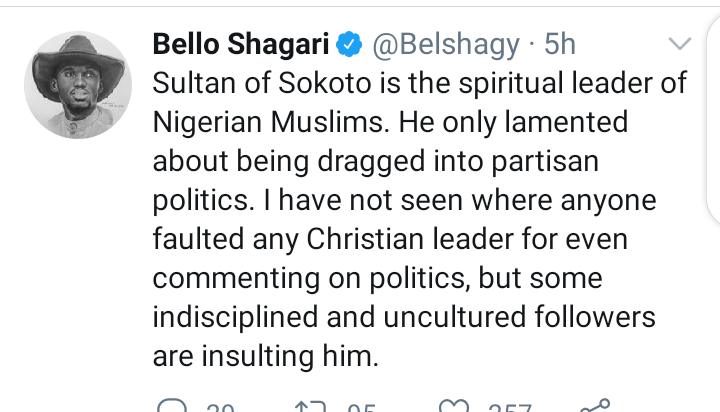