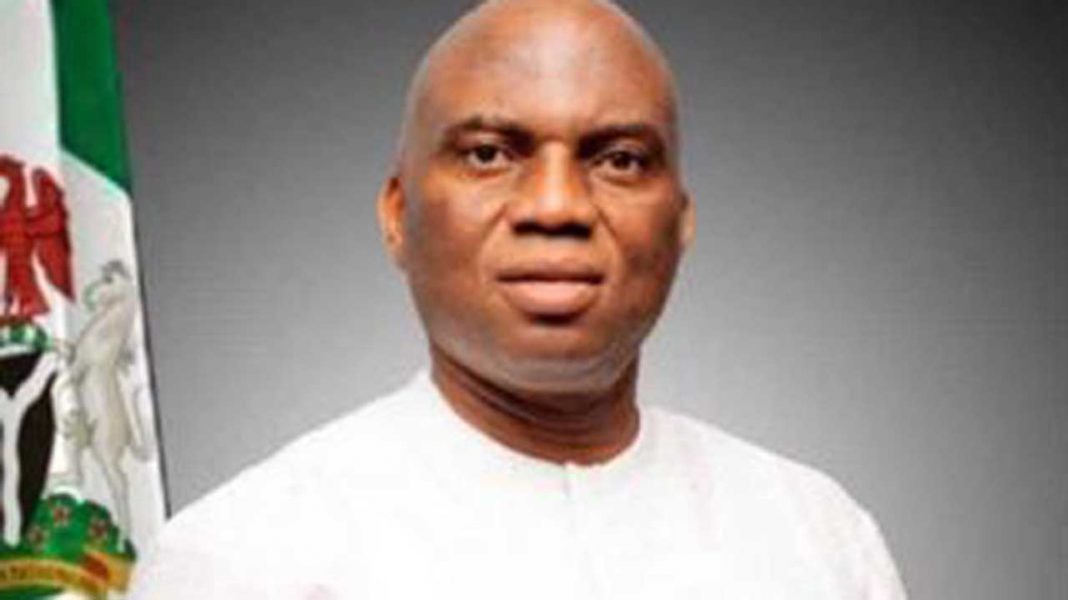 •Claims Are Fairytale To Attract Attention — Imo Govt
The Coalition of United Political Parties (CUPP) has called for the arrest of Chinasa Nwaneri, an aide to the Governor of Imo State, Hope Uzodinma, over the attack on the residence of the group’s spokesperson, Ikenga Ugochinyere.

However, the Imo State government, yesterday, said that those accusing Uzodimma and his Special Adviser on Special Duties, Chinasa Nwaneri, of being responsible for razing down the country home of Ugochinyere, and killing three persons, last weekend, to stop such, alleging that the CUPP’s spokesperson is the architect of his litany of problems.

Last Saturday, suspected gunmen invaded Ugochinyere’s country home at Akokwa in Ideato North, where three of his relative were killed aside setting ablaze over 30 campaign vehicles in his compound.

Co-spokesman of CUPP, Mark Adebayo, in a statement, alleged the complicity of security agencies in Imo State, including the Police, the Department of State Services (DSS), and the state government on the attack on Ugochinyere.

To prove their innocence and ensure justice is served, Adebayo urged the relevant security agencies to ensure that the gunmen who invaded the residence of Ugochinyere were nabbed and brought to justice.

He warned that failure to do so, the opposition parties would be forced to review the continued stay in office of the Inspector General of Police, Usman Alkali Baba, especially over his nonchalant attitude and delay in arresting governor Uzodimma’s aide, who threatened Ugochinyere and other culprits.

He said: “On Saturday, January 14, 2023, gunmen attacked the country home of Ugochinyere, with the sole aim of assassinating him. Before then, one Chinasa Nwaneri, an aide of the incumbent governor of Imo State, Hope Uzodinma, had openly threatened Ikenga.

“It’s been days since the attack, yet nothing has been done, we are still calling on the Nigeria Police and relevant security agencies to ensure that all the perpetrators of this heinous crime get arrested quickly for immediate prosecution and necessary punishment as stipulated by law. Does human life mean nothing to those who are supposed to protect us?

“We state unequivocally that we are holding the government of Imo State solely responsible for this heinous crime and demand the immediate arrest of the Nwaneri, whose threat against Ugochinyere is already in the public domain and the Police authorities are aware of this, but did nothing until he carried out the threat,” Adebayo said.

Commenting, Imo State Commissioner for Information and Strategy, Declan Emelumba, in a statement to The Guardian, said that the victim is a serial accuser of the governor

Part of the statement reads: “Ugochinyere is so inconsequential with microscopic importance in the political firmament of the state to warrant any attention, let alone violently attacking his house. At any rate, Senator Hope Uzodimma, the Governor of Imo State has been in politics for more than 40 years and has never been linked to any form of violence.

“From the so-called Omuma voters register magic to all his insults on the governor and the current one, all of them are mere falsehood aimed at attracting undue attention to himself (Ugochinyere). He (Ugochinyere) has lived a life of falsehood and violence, the reason he is always afraid of his shadows.”