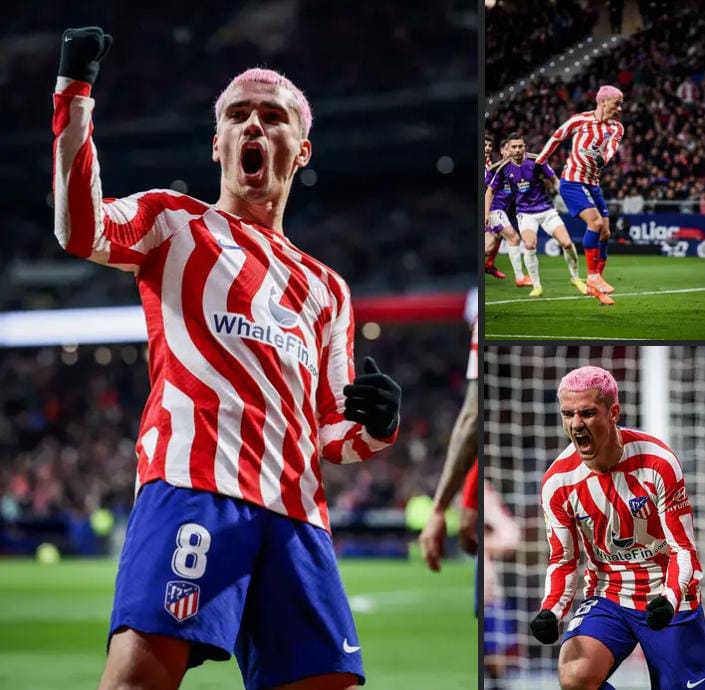 A first-half flurry helped Atletico Madrid thrash Real Valladolid and stay in the top four in the La Liga table.

Alvaro Morata, Antoine Griezmann and Mario Hermoso all struck before the break for Diego Simeone’s side, who sit 10 points behind leaders Barcelona.

The victory, a fifth in succession in La Liga and ninth straight in all competitions, drew Sociedad level on points with second-place Real Madrid and three points off Barcelona, though having played twice more.

Atletico’s 3-0 victory was secured through three goals scored in 10 minutes. Griezmann set up Morata for a slotted finish before scoring himself with a backheel. Hermoso completed the scoring with a tap-in after his header was parried away.