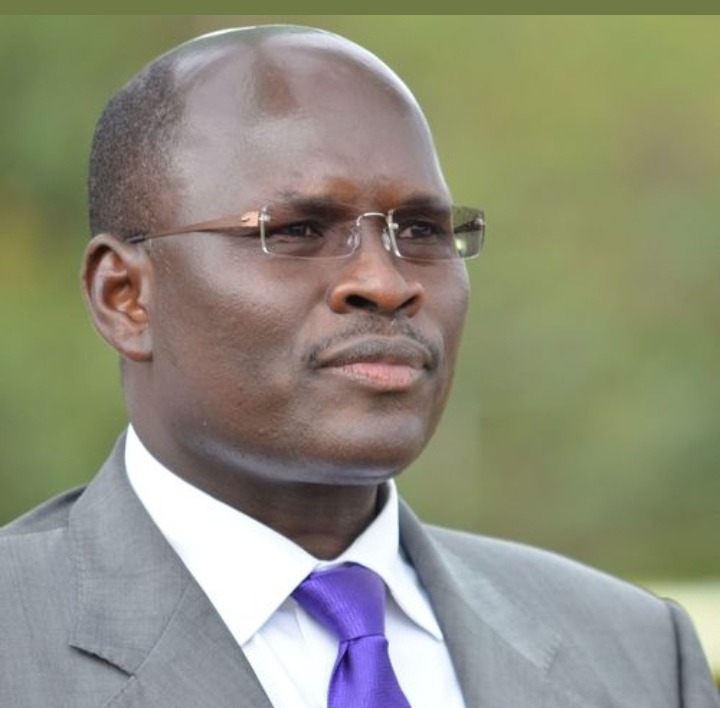 Ole Kiyapi who served as the permanent Secretary in the ministry of Education noted that the results which were released recently by Ezekiel Machogu have exposed certain schools as their results are not consistent with normal trends.

The former Education PS Noted that these schools’ results have jumped abnormaly that can cause doubts among Kenyans.

However, he noted that sometimes abnormal things do happen. The former Education Permanent Secretary stated that it is now upon the mininstry of Education to come out to clear the air for the members of the public to believe in the results that have brought a lot of debates in the country.

Kiyapi opined that the Education ministry should assure the country that the resuits that were released are legitimate.

“Huge jumps in the mean grades of some schools in just released KCSE results are INCONSISTENT with NORMAL trends but then abnormal things do happen.” Professor James Ole Kiyapi posted on his official social media pages.

“The honours are with the Ministry of Education to ASSURE the public that indeed such grades are legitimate.” Kiyapi added.

His remarks come amid heated debate over the results with many claiming that there was massive cheating which enabled little known schools to shine in the 2022 examination.

Such schools shocked many as they even beat the big and renowned schools with the mean grade. Kenyans and a section of politicians have claimed that the Education Cabinet Secretary Ezekiel Machogu is not competent in the ministry of Education. Majority claim that Education in the country risks loosing its value if the trend continues. 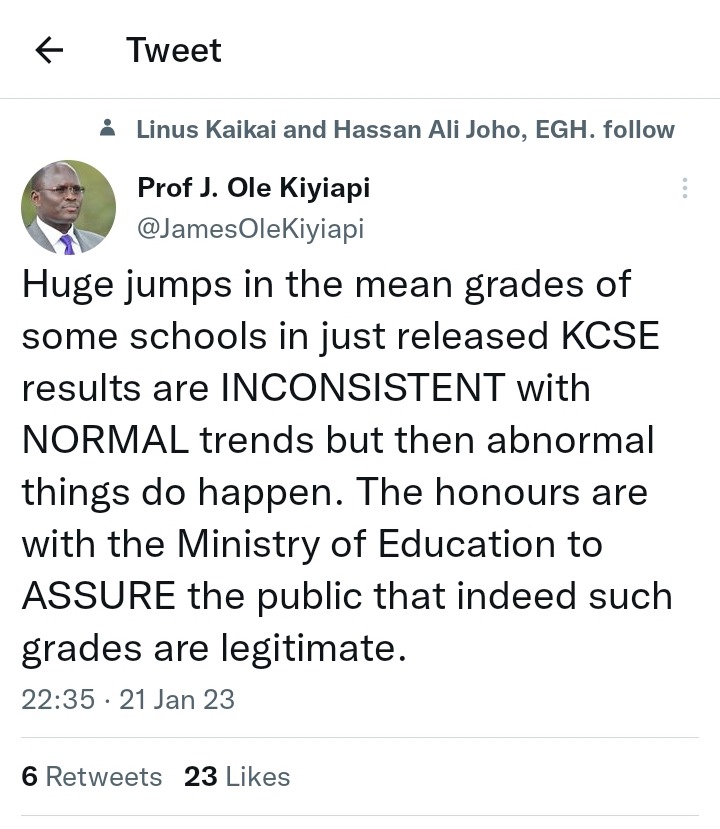 Content created and supplied by: NewInKenya (via Opera
News )