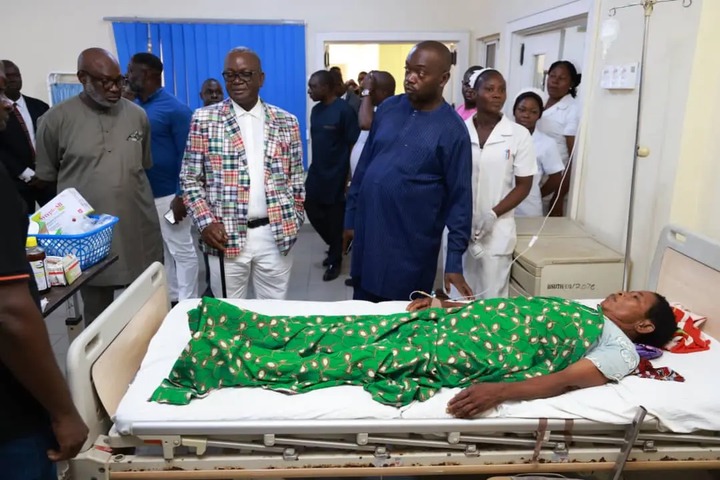 The murderous herdsmen terrorizing portions of the country and the state of Benue have once more been blamed on the Federal Government, according to Governor Samuel Ortom of Benue State.

The Governor made the claim Sunday while he was visiting survivors of the attack last Thursday on the Abagena community outside of Makurdi town by suspected armed herders, which left nine people dead, IDPs and a family of six. The survivors are being treated at the Benue State University Teaching Hospital, or BSUTH, Makurdi.

The governor, who struggled with his emotions after seeing the survivors’ conditions, stated that it was apparent that the federal government was protecting the murderous herders, stating, “This is my sorrow, since 2015, I have cried out loud that the Federal Government is complicit to the issues of terrorism raising Fulanis in Niger from Futa Jalon (Senegal), Cameroon, Mauritania and Libya and other parts of the world so that they will come to Nigeria and take it and make it their country.

This article is according to Vanguard Newspaper. Dear esteemed readers what are your opinions concerning this?

Content created and supplied by: Ihuoma244 (via Opera
News )