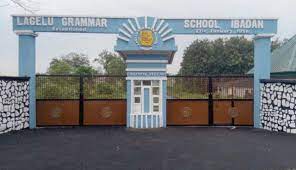 Since its establishment in 1958, the school has been one of the foremost secondary schools in Nigeria, and has churned out great Nigerians in all the areas of human endeavours.

According to a statement issued by the National President of the Lagelu Grammar School Old Boy’s Association (LAGSOBA), Dr. Kayode Afolabi, the one-day event will feature schools’ debate; lectures, symposia and cultural displays, while a keynote address will be delivered by Professor Emmanuel Ajala, of the Faculty of Education, University of Ibadan.

An anniversary lecture titled: “Effective Students Preparation as a Prerequisite for Success in External Examinations,” will be delivered by a distinguished old boy and a director in the Federal Ministry of Education.

According to the statement, the chairman board of trustees of LAGSOBA, Col. Bola Ogunsanwo, will preside over the programme.
The event, according to Afolabi will be another opportunity for eminent old boys to come together and share ideas that will make the school greater.