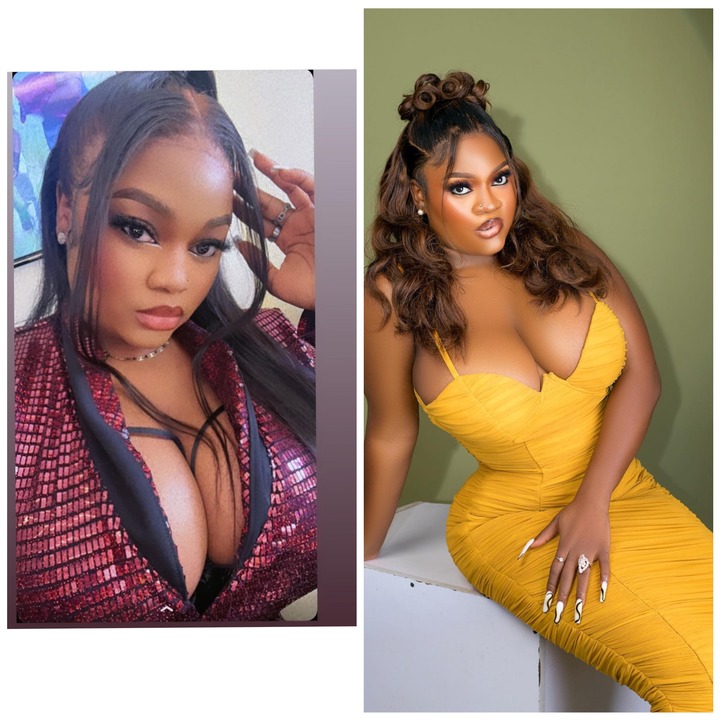 Popular Yoruba movie actress, Mo-Bewa, has used her new Instagram post to showcase her beauty to her fans. She is someone who loves to show off her beauty in different outfits on social media, and she did the Sam again by appearing in a nice-looking outfit. After seeing her new post, her fans, her movie colleague, Mo-Bimpe, were quick to react as they expressed their opinions in different ways on her new post.

This time, she showed up with a lovely hairdo that enhanced her beauty. Her neatly done makeup caught the eye as she matched the color of her skin. She appeared in a beautiful open-chest outfit that looked good on her. She looked cool and relaxed as she took the photo in a sitting position. 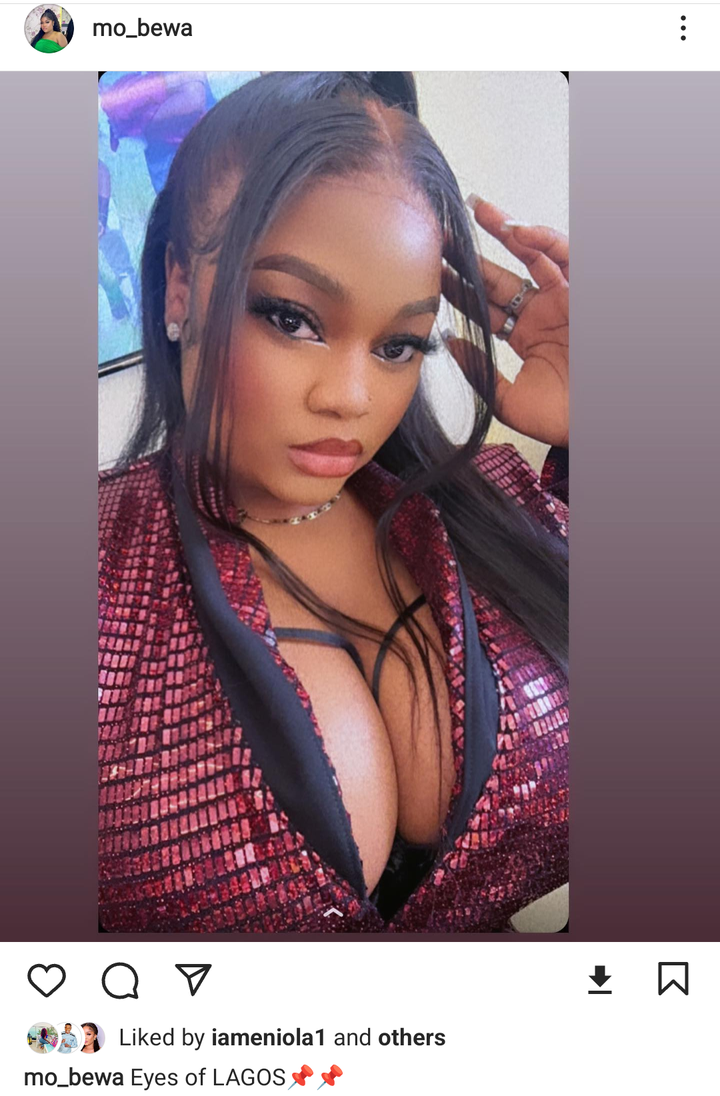 She captioned her post by saying, “Eyes of Lagos.” This caption and her photo attracted the attention of her fans as they reacted to them. The actress has established herself as one of the most sought-after Yoruba movie actresses, thanks to her talent and versatility in movies, which have helped her achieve more fame. 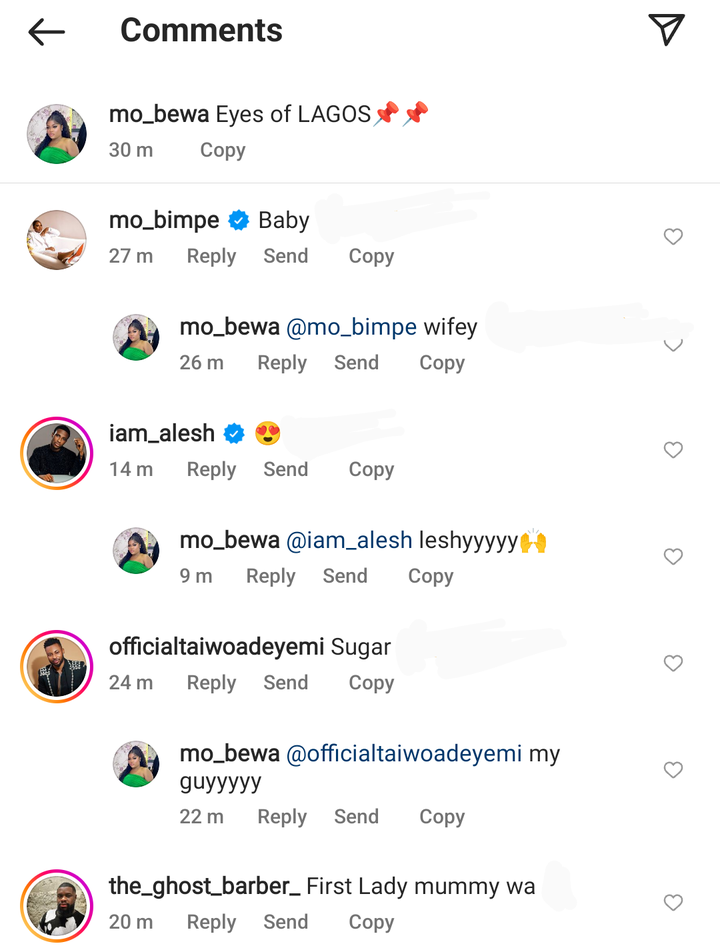 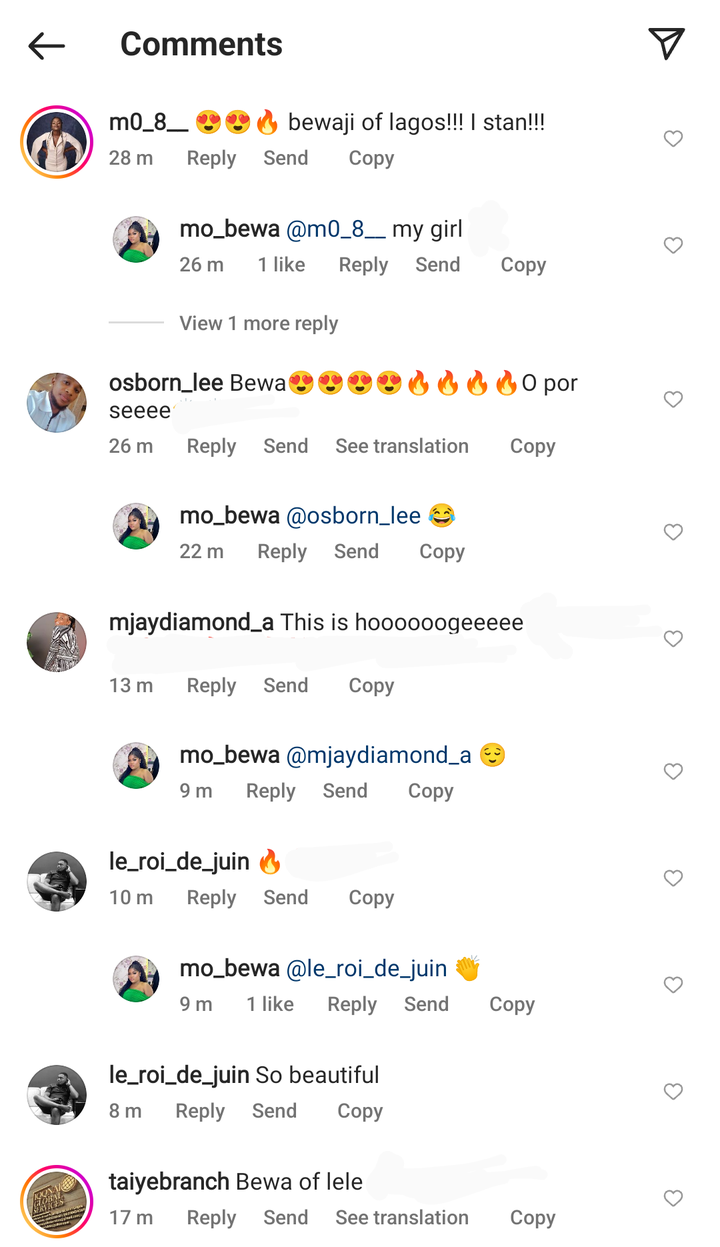 Yoruba movie actress Mo-Bimpe was quick to react after seeing the post by saying, “Baby.” This reaction shows that the actress is impressed with her colleague’s outfit, as evidenced by her positive comment.