2023 presidential candidate of the Labour Party, Peter Obi, has taken to social media to appreciate his supporters in Kano State who attended the Obi/Datti 2023 presidential campaign rally that was held in the state few hours ago.

Recall that former Anambra State governor, Peter Obi, his running mate, Yusuf Baba-Ahmed Datti, his wife, Margaret Usen, Yusuf Baba-Ahmed Datti’s wife, Hajiya Datti, and other members of the Labour Party 2023 presidential campaign council had earlier on, travelled to Kano State to interact with their supporters about their plans for Nigerians and Nigeria, if they are elected into the office of the presidency in the coming presidential election.

And so, following such political event in the state, Peter Obi took to his official Twitter account to thank the people of Kano State for their warm reception and the energetic and lively crowd of “Obidient” supporters at the venue of such campaign. According to the 2023 presidential candidate, his supporters made such rally to be a great success, and a new Nigeria is possible. 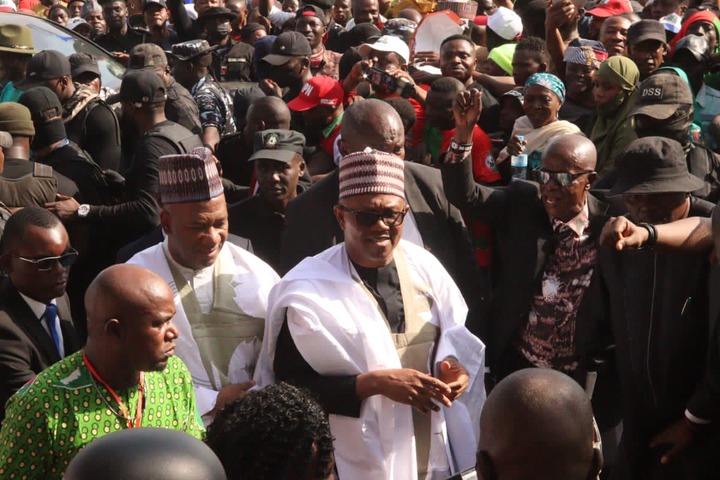 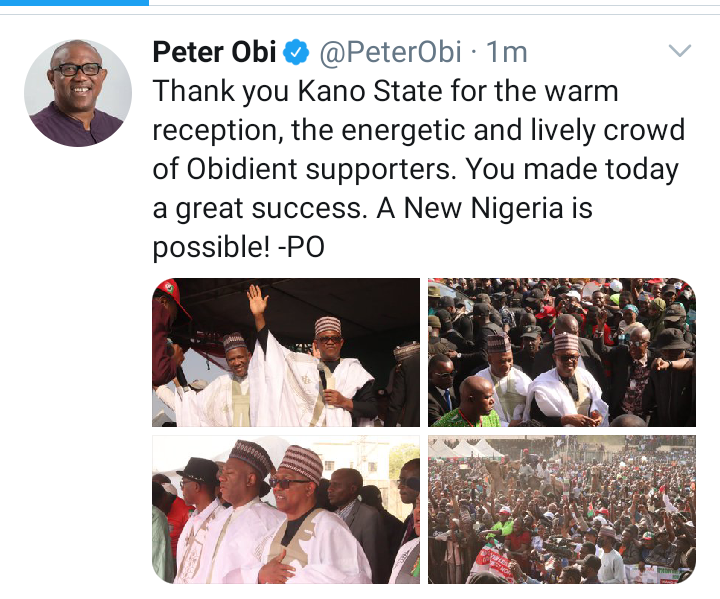 Content created and supplied by: Chibuzorjoe (via Opera
News )