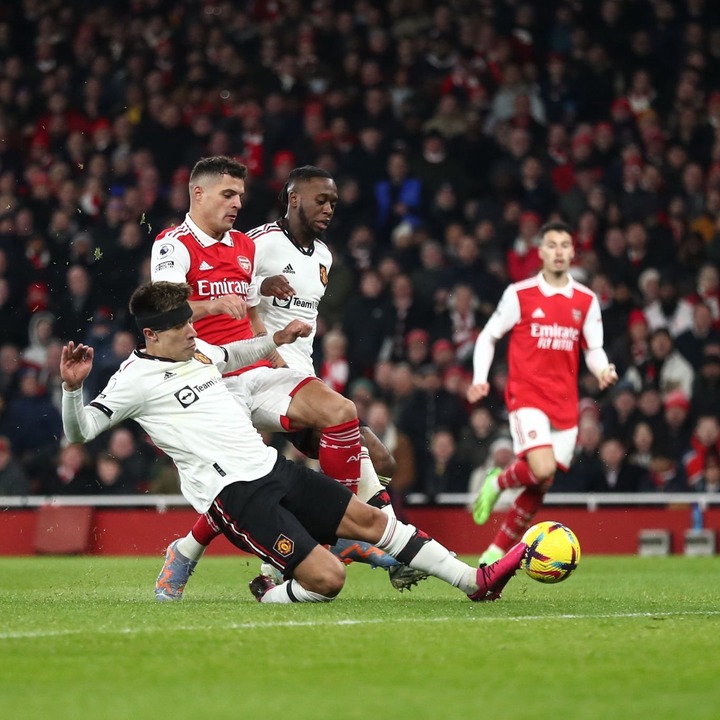 For the first time since the Ferguson-Wenger era, this felt like a truly elite fixture for United – even with Wout Weghorst and Eddie Nketiah as the centre forwards and Scott McTominay and Granit Xhaka taking the Keane and Vieira roles. I feel for United. They couldn’t have performed any better but Arsenal are simply at a different stage in their project. What’s absolutely clear, though, is that Erik ten Hag is an elite manager. Tier one level. He’ll awake the sleeping the sleeping giant in Manchester.

Manchester United visited Emirates stadium and they were controlled from minute 1-90 thanks to Mikel Arteta’s elite structure. The Visitors arguably started the match well as they were the leading team in the first 20 minutes. Though Man Utd started well, some of their players the likes of McTominay had poor game and that’s why they were dominated effectively. McTominay had chance after another but wasted almost all of them. It was not stunning to watch him playing as he had implausible play. 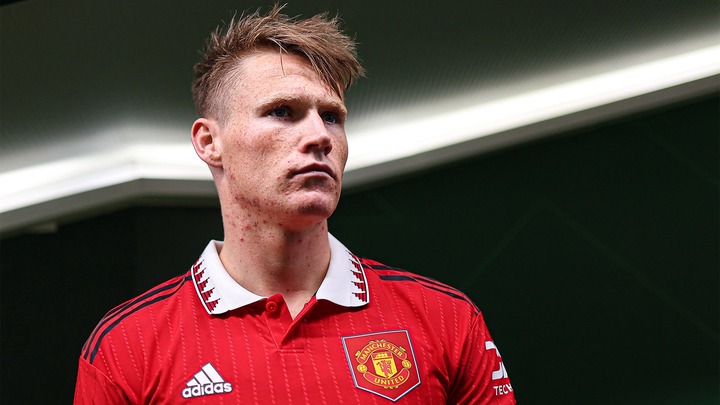 Manchester United fans went on in the social media to troll player after his poor game with some saying I’m sorry but Scott McTominay shouldn’t be a Man United player. I wish him well at his next club. United fans believe McTominay is one of their worst players Man Utd have and should be benched or sold because of his poor game. 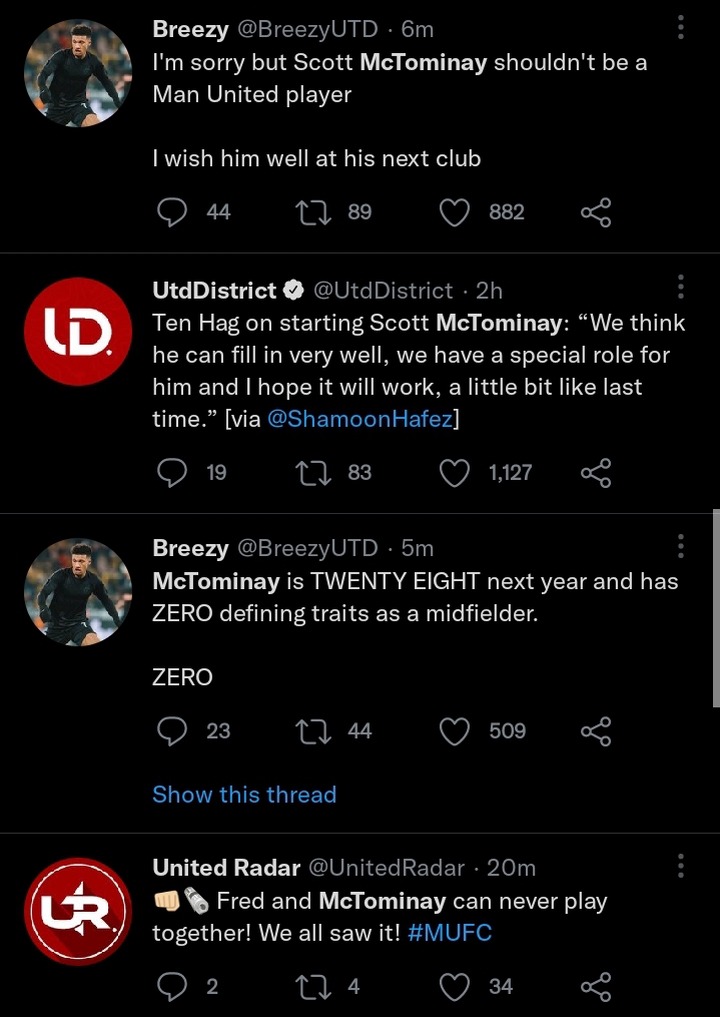 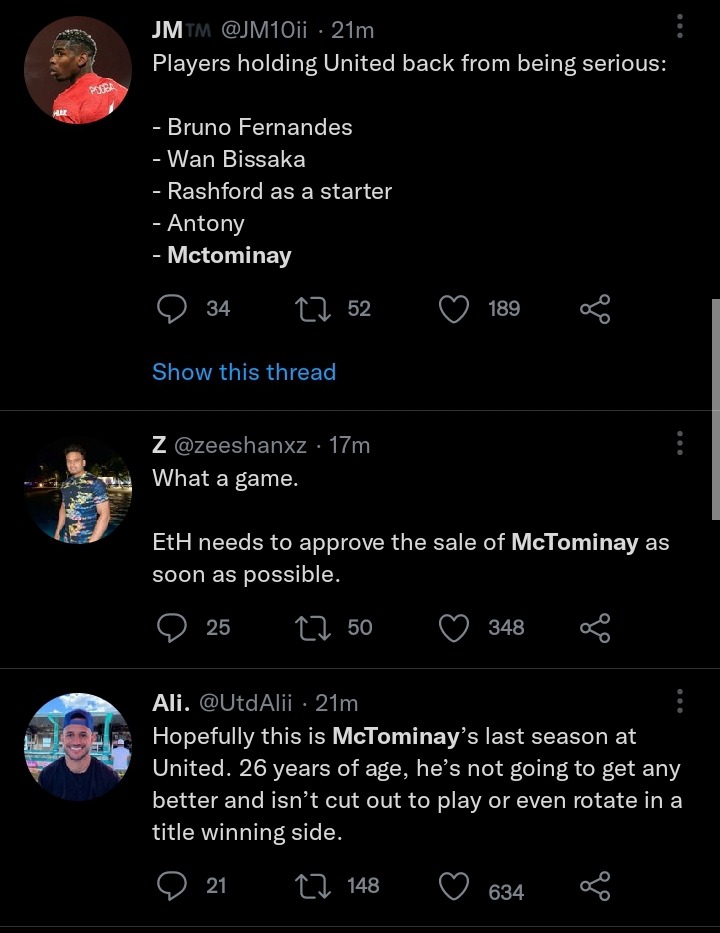 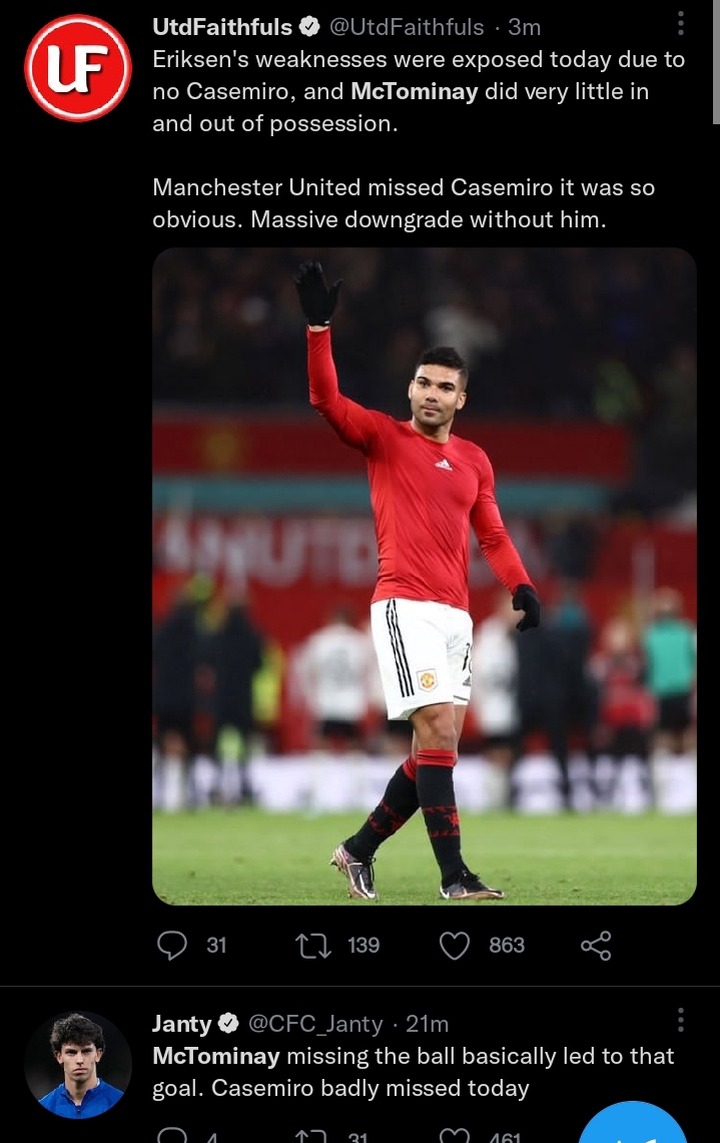 Rashford and Lisandro Martinez scored for United while Nketiah and Bukayo Saka netted for Arsenal. The match ended Arsenal 3-2 United. 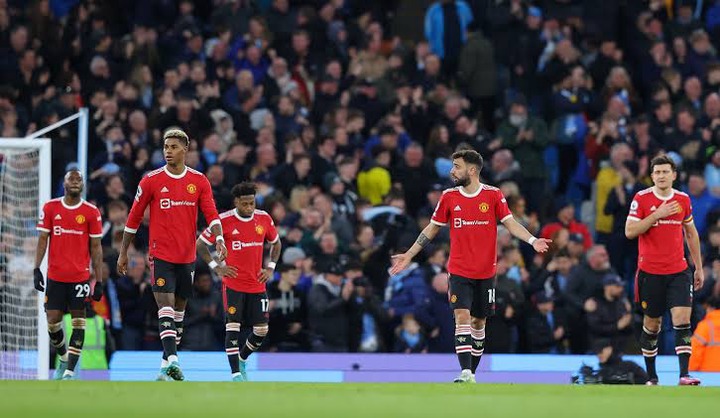