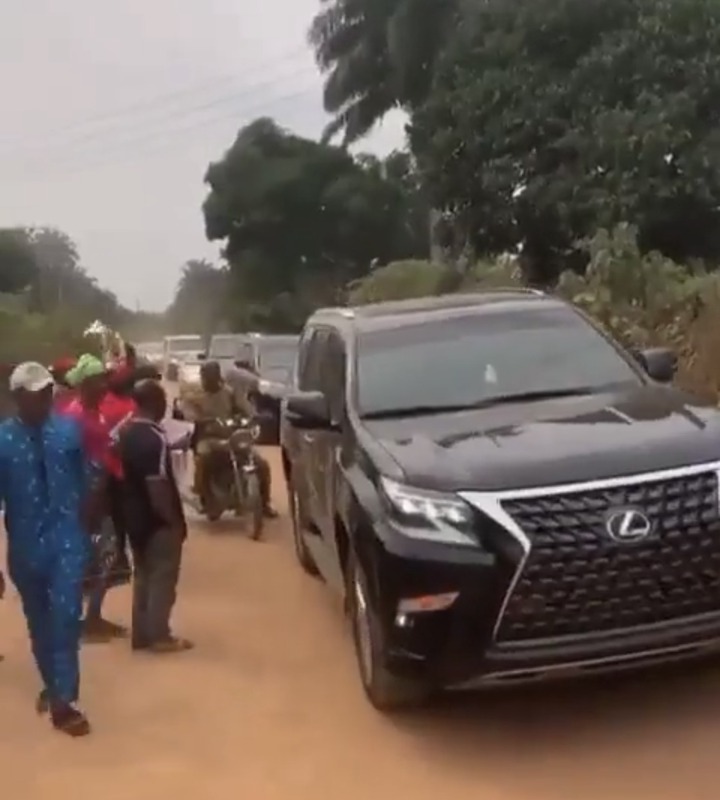 As seen in the video making the rounds on social media, Chinedum Ikpeazu can be seen getting the exact treatment the governor gets.

He pulled up at the ceremony with the state convoy and a lot of bodyguards and police officers can be seen accompanying him.

The MC and the hypeman of the occasion can be heard hyping him, saying repeatedly “The son of the governor, the son of his excellency”.

The Abia’s state governor’s son was welcomed with songs and praise as a lot of people trooped to his convoy to welcome him to the occasion.

This has brought about mixed reactions from netizens. Twitter influencer, Dr. Penking who posted the video on his page, reacted to it, talking about how displeased he is about the video. He believes that the governor’s 21-year-old son is probably too young to be representing his dad and also shouldn’t be treated as if he is the governor. 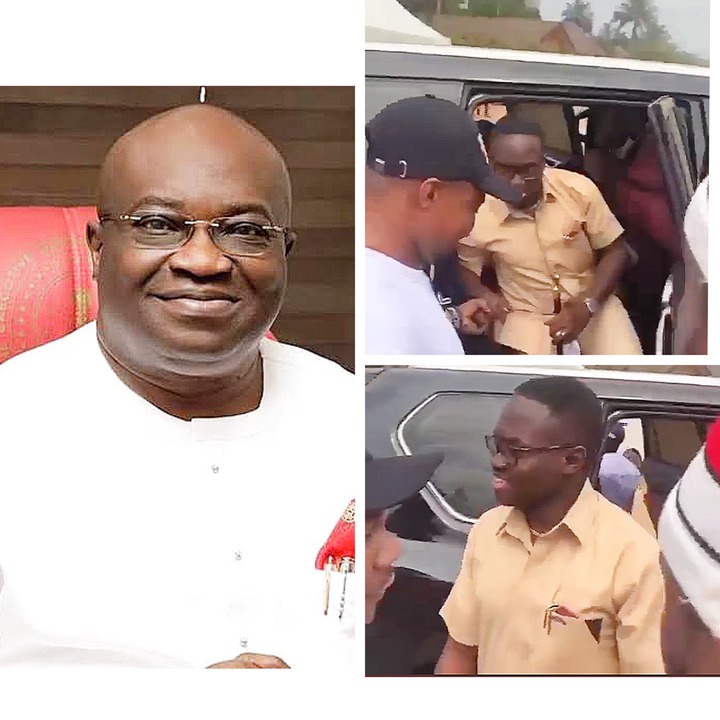 “21-Year-old son of Abia State Governor Okezie Ikpeazu representing him in an occasion with the State Convoy. Is Abia State cursed? Sometimes I feel bad when I remember that Abia State shares a boundary with Akwa Ibom,” he tweeted.

There are people who agreed with Dr. Penking saying that the act is absurd. However, some people see nothing wrong with the governor’s 21-year-old son representing him and getting the governor’s treatment.

Some of the reactions are as seen below. 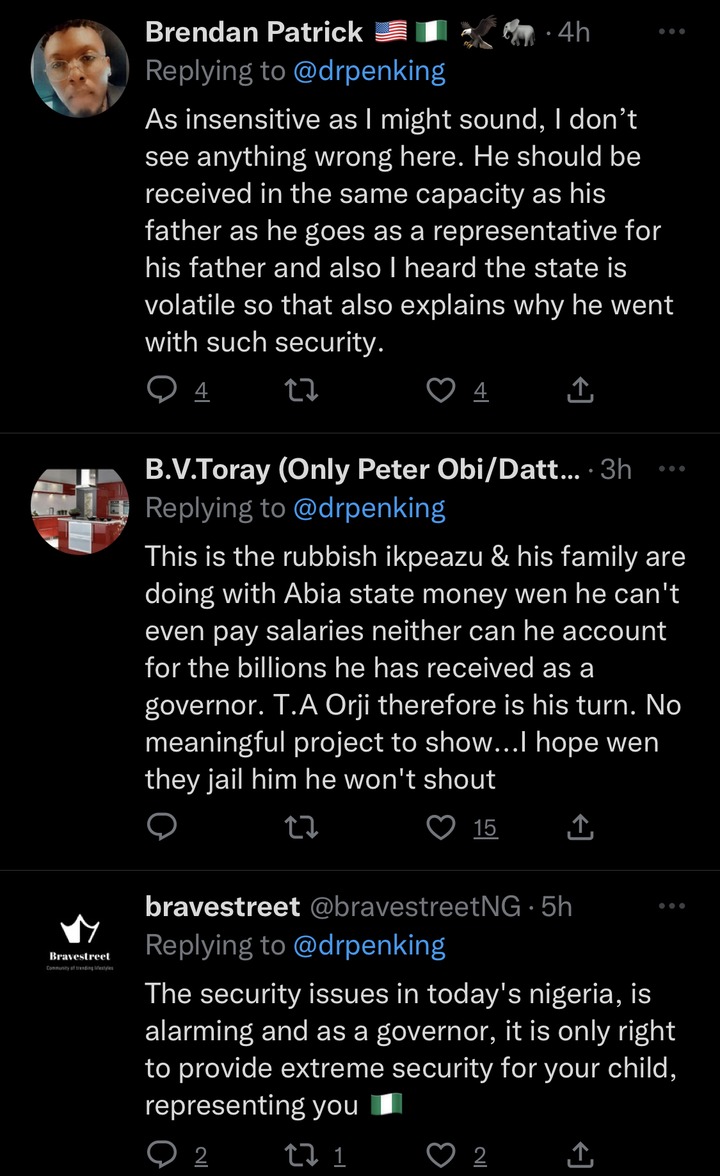 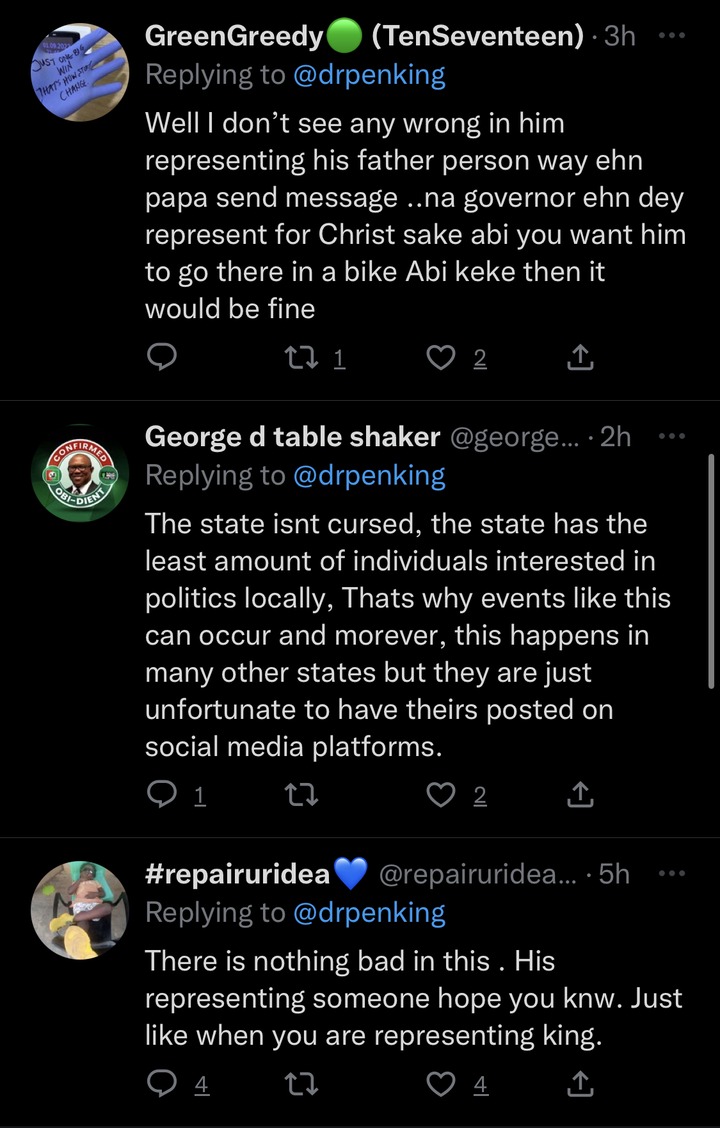