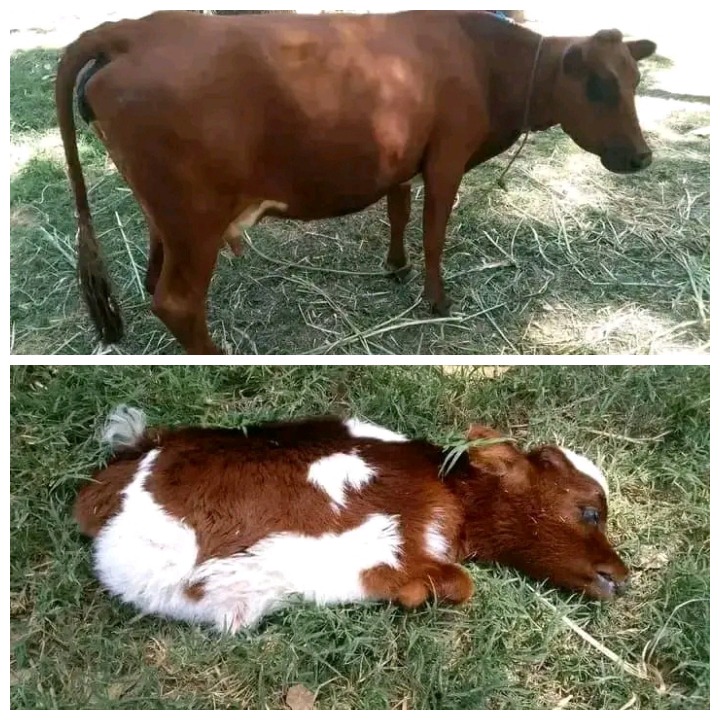 Residents of Kalenda village, Malava Sub County in Kakamega County have been left puzzled without explanations after one of the villager’s cow gave birth / delivered a mysterious calf never seen before.

Photos of the mysterious calf shared by a leading media station clearly reveals that the calf has no legs. Additionally the calf had its tail on its back.

The tail is usually an extension of the spine and therefore should be hanging behind the hind-limbs. What shocked residents most was that the calf had only one nose opening instead of two.

Deformity in new born calves is rare but it happens. Most of the times, it is caused by malpositioning or overcrowding in the mother’s uterus generally with a larger claf or twins.In rare cases, it can be genetically inherited and linked to other deformities cleft palate, dwarfism, and arthrogryposis.

It remains unclear whether the strange calf will be euthanized or left to survive.