Uhuru Issues a Statement After Meeting These Leaders in Mombasa 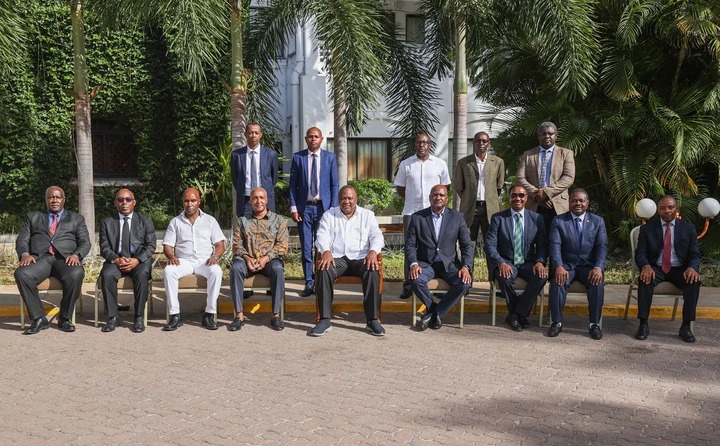 Ex – president Uhuru Kenyatta released a statement on January 22, 2023 after he met with leaders from east Africa community.

On January 20th, 2023, Uhuru, the AU-Kenya Peace Advocate and East Africa Community (EAC) Facilitator of the Nairobi Process on peace and stability in Eastern DRC, met with the EAC technical advisory team.

Uhuru reportedly met with the advisory committee after they returned from a weeklong summit in Mombasa.

They convened to discuss potential strategies for permanently resolving the violence in the region of eastern DRC.

The president expressed appreciation for the group’s efforts to bring calm back to the nation’s capital.

In addition to thanking the EAC secretariat for organizing and facilitating the conference, Uhuru Kenyatta said that lasting peace in DRC will eventually help enhance the capacity of the region to promote its economic prosperity, so he thanked everyone for agreeing to be a part of the team working toward that goal.

Content created and supplied by: Mn.news (via Opera
News )