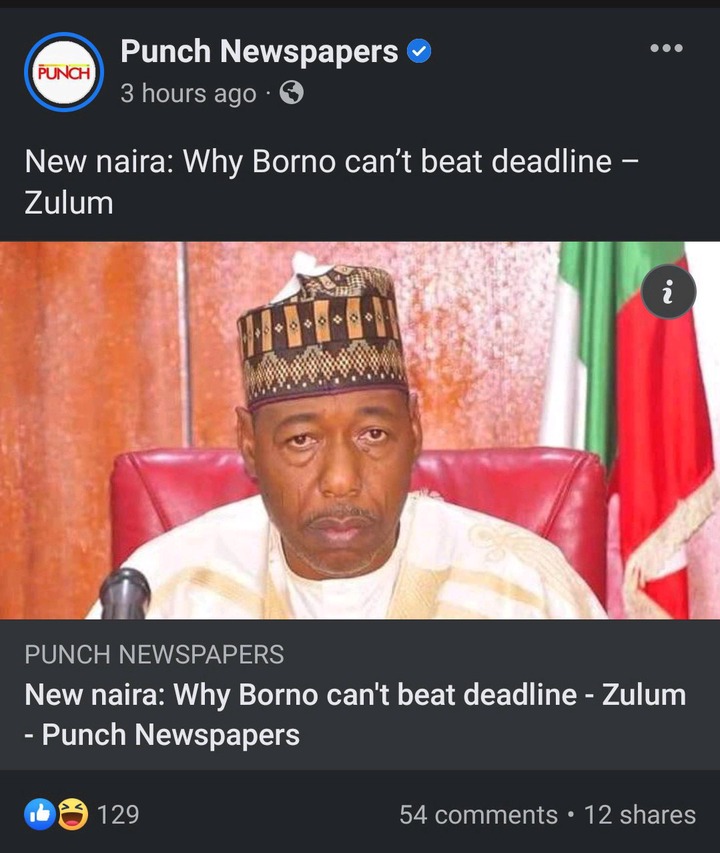 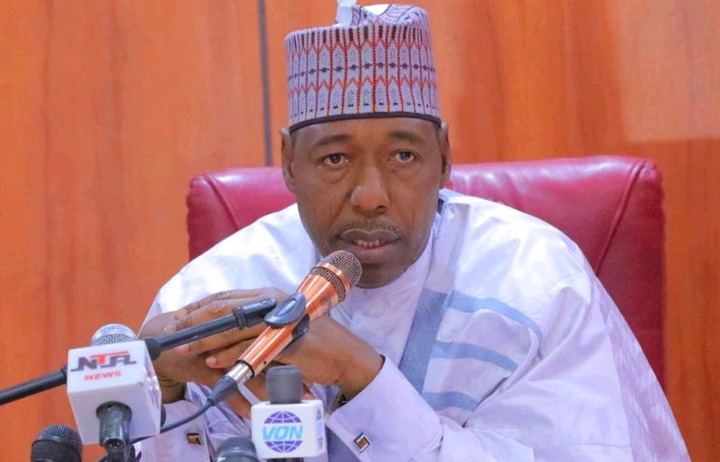 However, it’s possible that Borno State will miss the deadline for exchanging old naira notes on January 31.

The governor of the state, Babagana Zulum, has outlined a number of obstacles that he believed were insurmountable to putting an end to the use of the old notes in circulation.

He added that only three of the state’s 27 LGAs (Maiduguri Metropolitan, Here, and Biu) had operational banks due to insecurity that had made the majority of communities inaccessible and contributed to the lack of availability and circulation of the new notes.

A variety of Facebook users have expressed differing opinions to the news title. Here are some of the comments that Nigerians made in response to the news: 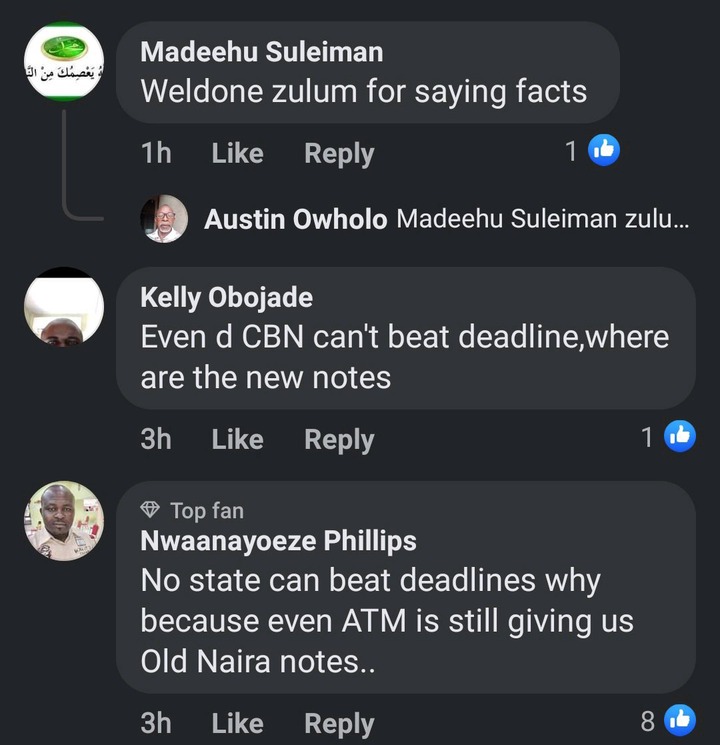 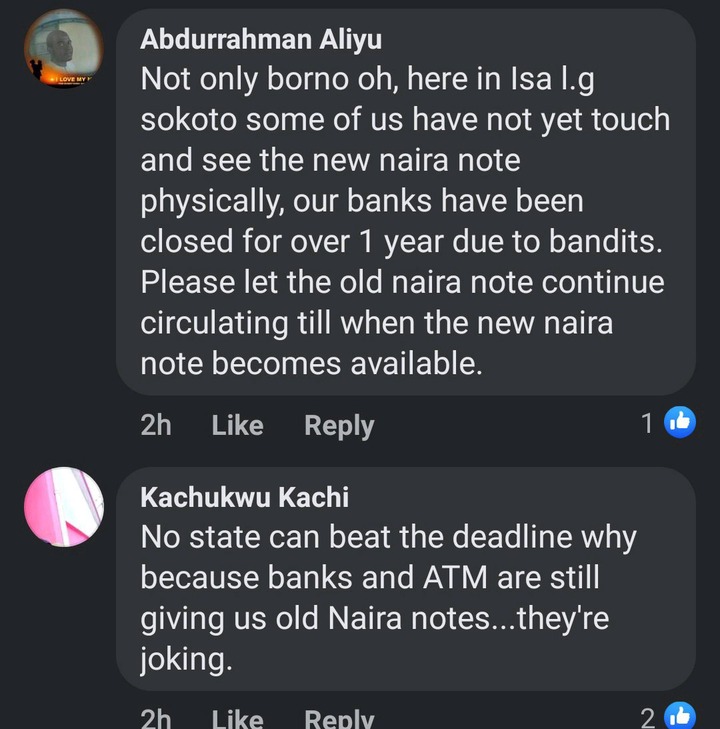 The Central Bank of Nigeria (CBN) has failed to meet expectations by releasing fresh banknotes on time. No government is able to meet deadlines because even ATMs are still dispensing Old Naira notes.

Aside from borno Oh, our banks in Isa l.g. Sokoto have been closed for over a year because of bandits, so some of us have yet to physically touch and see the new naira note. Before the new naira note is released, the old one should be allowed to circulate as usual.

The pos and the market women in every state, not only Borno, are incapable of completing their tasks in time.

In your opinion, what should be done? Put your thoughts in the box provided, please.

Content created and supplied by: daprince1 (via Opera
News )